Retailers cash in as consumers drown their financial worries in alcohol 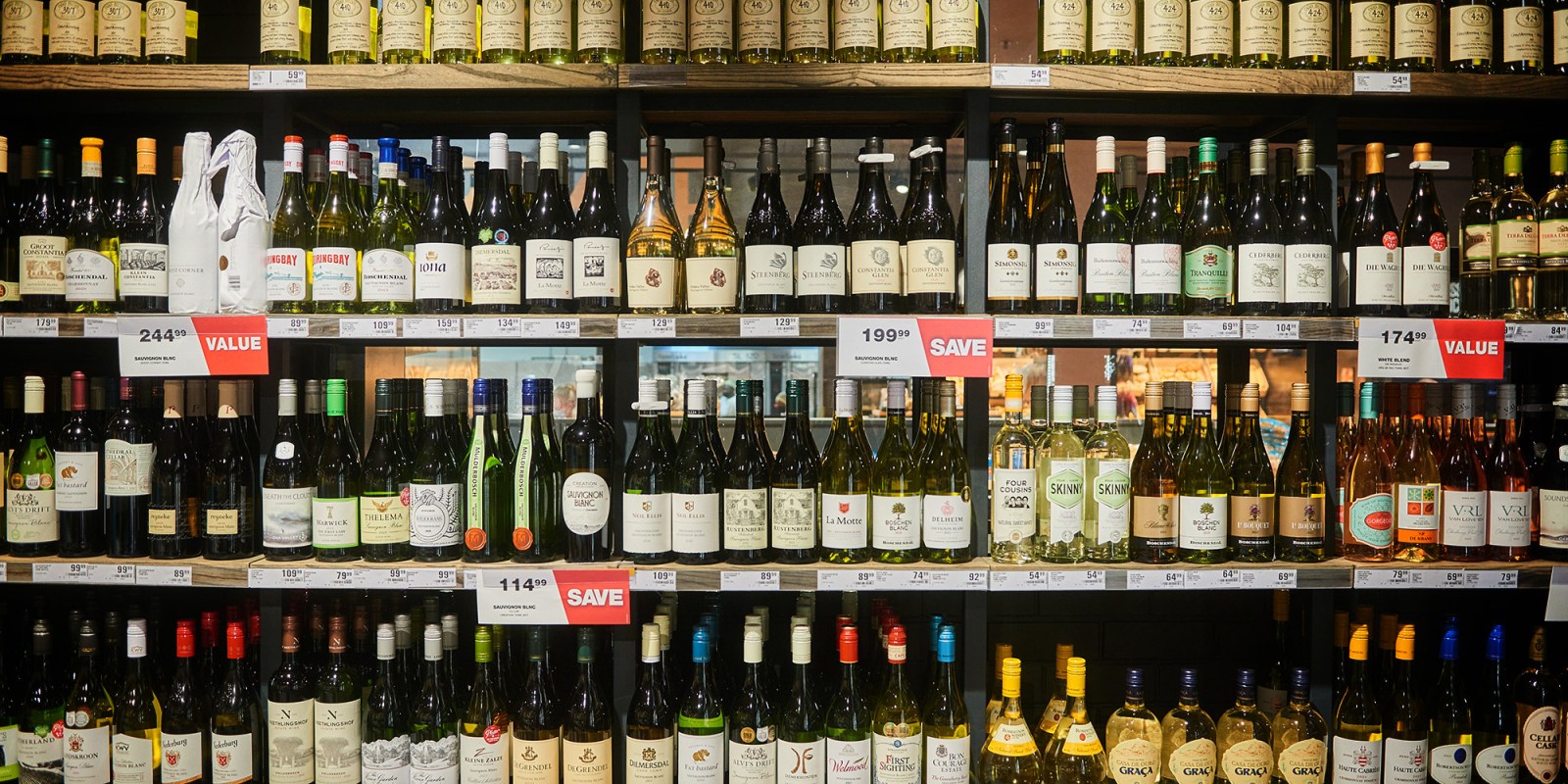 Bottles of wine inside a Checkers supermarket, operated by Shoprite Holdings, at the Rosebank Mall in Johannesburg, South Africa, on 18 February 2022. (Photo: Waldo Swiegers / Bloomberg via Getty Images)

Despite a high inflation environment where consumers are battling to make ends meet, retailers are literally coining it. Pick n Pay, Woolworths and Shoprite all released trading updates this week, reflecting increased earnings in the second half of the year and successful brand expansion plans.

Consumers seem to be turning to alcohol to drown their financial worries, as reflected in Distell’s interim results to the end of December 2021. Despite 25 fewer trading days during the six-month period due to lockdown restrictions, the alcohol supplier saw double-digit growth with a 22.9% increase in domestic revenues.

However, the strong retail performance of the alcohol divisions was echoed in the clothing sector, where Pick n Pay saw sales increase 17.1% on a year-on-year basis. Pick n Pay chairman Gareth Ackerman, speaking at the company’s annual general meeting yesterday, noted that consumers are currently bearing the brunt of rising inflation, not just in South Africa but across much of the world.

“This inflation has both demand- and supply-side drivers. In South Africa, we see the impact of inflation in rising commodity prices,” he said, adding that the retail chain will be looking critically at its supply chains, products and systems to reduce waste, drive down costs and allow for sustainable growth. The group invested in advance purchases of strategic stock worth about R900-million, as at February this year, which assisted in keeping internal price inflation at 5%, below that of CPI food inflation of 7.1%. Ackerman says he expects that CPI food will accelerate further. June CPI food was 8.6%.

Comparatively, Shoprite’s internal selling price inflation measured 3.9% for the year as a result of an acceleration in the fourth quarter, which resulted in second-half inflation measuring close to 5%.

Accelerated by Covid and lockdown measures, the move towards online grocery shopping appears to be gaining momentum and certainly looks like an increasing contributor to profits across the board.

Pick n Pay’s total online sales for the period, including scheduled delivery, click and collect, and asap! on-demand online service, grew by a whopping 97.3%. On the back of this runaway success, the retailer plans to launch a dedicated Pick n Pay food and grocery offer on the Mr D App. The initial launch will be in a limited number of stores in August, with national coverage targeted by the end of the 2023 financial year.

Woolworths, which launched Woolies Dash at the end of 2020, says online sales increased 45.4%, contributing 3.2% of South African sales, driven by the continued roll-out of the on-demand online offering. Woolworths Food sales for the full year grew 4.2%, reflecting the impact of the return to out-of-home consumption, an increasingly competitive backdrop, and low product inflation across key categories. Online sales in the fashion and beauty segment grew 13.2%, contributing 4.4% to the South African bottom line.

Against the backdrop of a high inflation, rising interest rate economy, where consumers are cash-strapped, the Fast-Moving Consumer Goods retailers seem to be moving their expansion plans forward with all guns blazing.

During the year to July, Shoprite added a net 127 stores to its corporate store base to total 2,476 stores from continuing operations. Shoprite’s supermarkets division opened 117 stores during the year to total 1,820. BM/DM