Zambia on the brink of historic debt relief deal

Zambia on the brink of historic debt relief deal 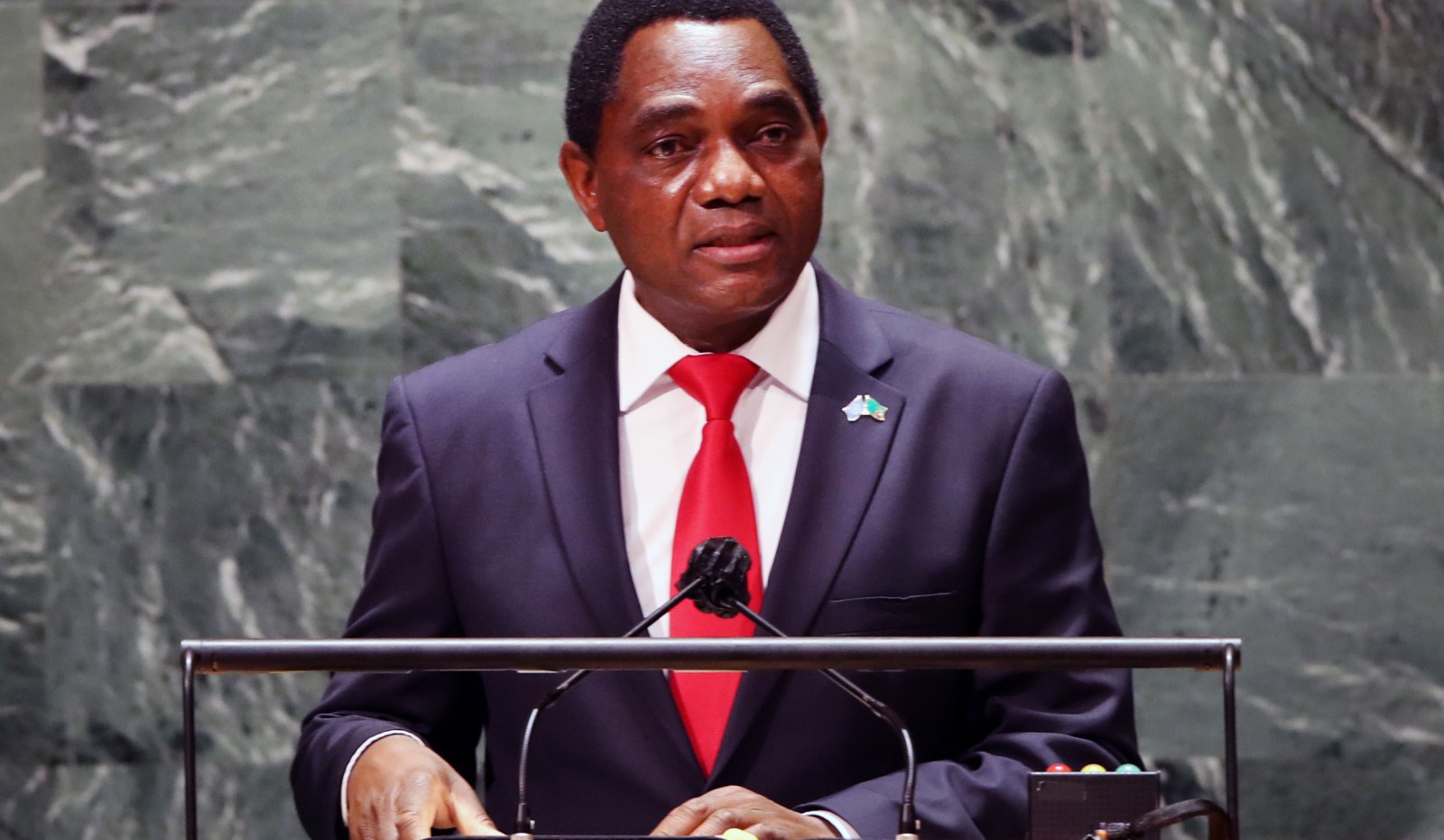 Zambian President Hakainde Hichilema speaks at the United Nations General Assembly in New York City on 21 September 2021. He has set up a debt-management office to ensure future debt is sustainable and launched an audit to ensure services purchased by the state are value for money, according to Isaac Mwaipopo, executive director of Lusaka’s Centre for Trade Policy and Development (Photo: EPA-EFE / Spencer Platt)

The deal that Zambia strikes with its many international creditors could set a precedent for Africa.

Since taking office in August 2021, Zambian President Hakainde Hichilema (HH) has been wrestling with the huge and sometimes secret foreign public debt he inherited from his spendthrift predecessor, Edgar Lungu. It’s officially calculated at$14.1-billion but could be higher. In 2020, Lungu’s Zambia became the first African country to default on its foreign debt, failing to service its Eurobonds.

Part of HH’s campaign has been to cancel public projects costing more than $2-billion. He has also tabled the Public Debt Management Bill to strengthen Parliament’s oversight of borrowing and limit it to 65% of GDP, Isaac Mwaipopo, executive director of Lusaka’s Centre for Trade Policy and Development, told ISS Today. He said HH had set up a debt-management office to ensure future debt was sustainable and launched an audit to ensure services purchased by the state were value for money.

At the heart of the government’s debt-management strategy is the provisional$1.4-billion loan it negotiated with the International Monetary Fund (IMF) last December. This should help pay off its debt and maintain social services.

But the loan is conditional, depending mainly on the government negotiating some debt relief under the G20-Paris Club Common Framework for Debt Treatments. This was adopted in 2020 to help highly indebted countries like Zambia out of the Covid-19-induced financial crisis.

Read more in Daily Maverick: “Hichilema must rise to the occasion as Zambians ditch posturing for economic progress”

It has taken time for HH’s government to assemble its multitude of creditors. Some blame China, saying it’s been the most reluctant to restructure debt because it is the biggest creditor. The China Africa Research Initiative in Washington DC calculated that 18 major and minor Chinese financiers have provided loans to Zambia and its state-owned enterprises since 2000. It says Zambia’s debt to China totals about$6.6-billion – almost twice what Lungu’s government publicly acknowledged.

Lungu’s secretive borrowing from China made it impossible for other creditors to establish the scale of the loans. As a result, they were wary of offering any debt relief to Zambia for fear that the government would use the money saved to secretly service its Chinese loans.

But now all Zambia’s creditors – governments and private – are negotiating debt restructuring together. As the biggest lender, China is co-chairing the creditors committee, established under the Common Framework, which first met last month. France is the other co-chair and South Africa is vice-chair. The committee met again on Monday and was expected to announce a deal this week.

The G20 launched the Common Framework after it became apparent that its 2020 Debt Service Suspension Initiative – which deferred debt service payments of struggling countries so they could tackle Covid-19 – would not be enough for all countries. The Common Framework enables more flexible and extensive debt service deferments for those facing liquidity problems. For countries like Zambia with unsustainable debt, it also allows for a deeper restructuring of loans to make them more sustainable.

Mwaipopo says Zambia has asked for some government debt to be cancelled, some interest rates to be reduced, and some repayment times to be extended. He noted, for instance, that private creditors would probably not be prepared to “take a haircut” – i.e. cancel some of the debt – but government creditors might.

Mwaipopo praised HH’s efforts, including the IMF deal and his assurances that Zambia remained committed to repayments. “But beyond restructuring public debt, we would want to know what other plans the government has to unlock economic potential, as well as how they can support some of the low-hanging fruit, the sectors that can help deliver on jobs as well as poverty alleviation, especially in the short term.” He said Zambia needed “a clear plan for economic recovery”.

The IMF has indicated that the debt-restructuring deal expected this week would be enough to officially ratify the $1.4-billion loan to Zambia. However, Neo Simutanyi, head of the Centre for Policy Dialogue in Lusaka, says the IMF would also need assurances that HH’s government has a credible plan to fix the mess Lungu also left in the copper mining industry.

Playing to the public gallery, Lungu took on the international copper miners, liquidating or nationalising mines and thereby hobbling an industry that Zambia depends on to earn foreign exchange. Simutanyi said HH hasn’t clarified how he would resolve the problem. Though he was a businessman who no doubt believed in privatising mines, he seemed constrained by the unpopularity of foreign mining companies among many Zambians.

Simutanyi believes the IMF would need assurances that HH could revive copper mining. This is vital to make the money required to repay its IMF loan and its debts, and cover salaries for 40,000 new public servants – mainly teachers and health workers.

Zambia bears a wider responsibility in restructuring its debt as it has become a test case for the Common Framework. And so Mwaipopo says its creditors are wary of giving too much away at the start and creating costly precedents. Ethiopia and Chad are next in line, having also entered the framework and begun negotiations.

Other African – and non-African – countries seem likely to follow soon. IMF managing director Kristalina Georgieva recently warned that a global economy heading downstream would aggravate the crises of the 30% of emerging-market countries and 60% of low-income nations already in or near debt distress.

Beyond other IMF actions such as 2021’s release of $650-billion in Special Drawing Rights, “decisive action by all involved is urgently needed to improve and implement the G20’s Common Framework for debt treatment”, she said.

“Large lenders – both sovereign and private – need to step up and play their part. Time is not on our side. It is critical that creditor committees for Chad, Ethiopia and Zambia deliver as much progress as possible at their meetings this month.”