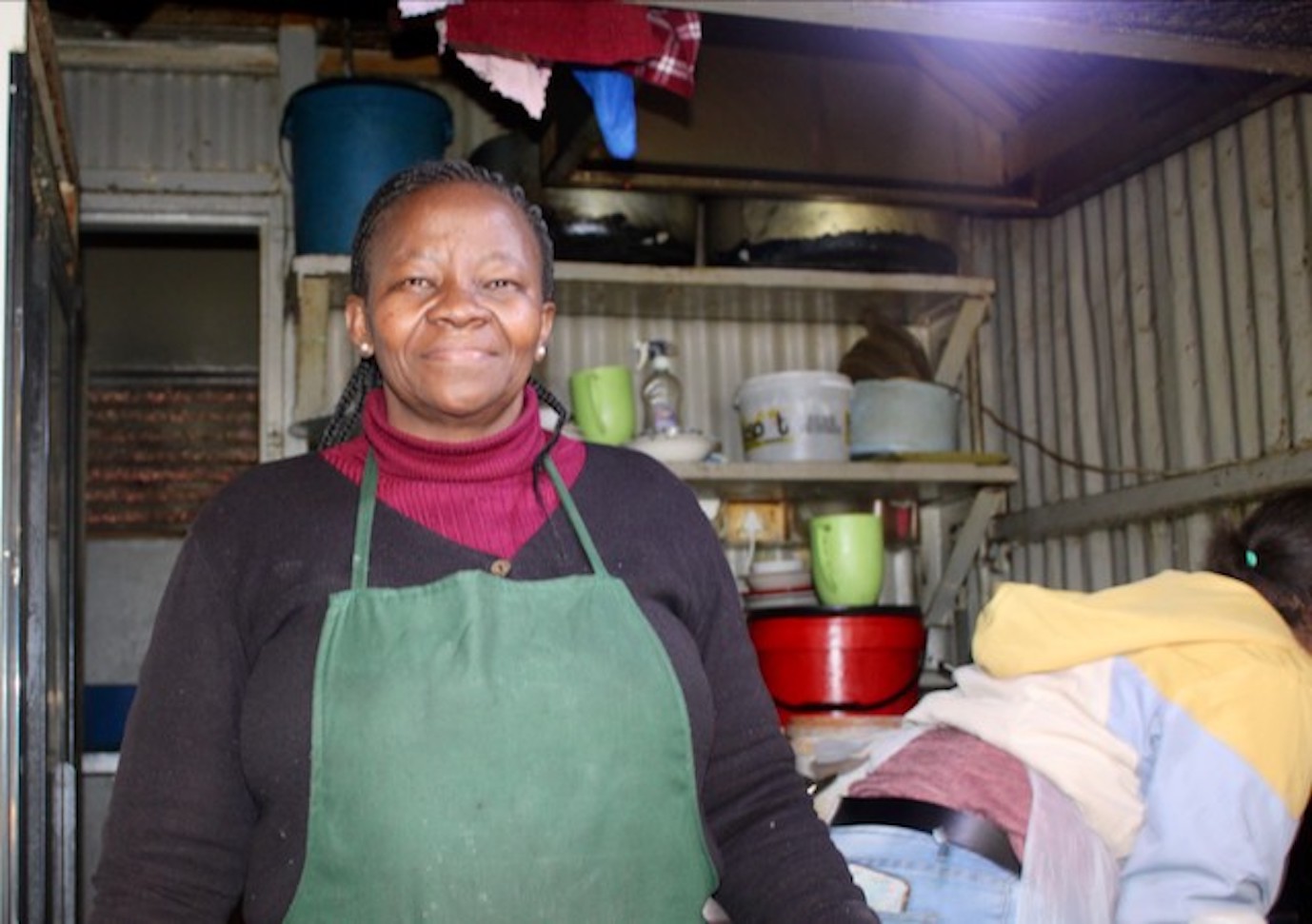 'There are no trains in the station but they say we are stopping the train business. It does not make sense. Prasa is using us traders as doormats for its failures,' said Lucy Boateng, a food seller at Johannesburg Park Station. (Photo: Kimberly Mutandiro)

The rail agency had sought an interdict against the Park Station traders following xenophobic attacks, citing ‘suspected drug peddling and general degradation’, among other things.

Lucy Boateng, who has a food outlet, is glad to be trading again at Park Station, after business was stopped for three weeks by the Passenger Rail Agency of South Africa (Prasa).

After the traders were attacked by members of Operation Dudula on 21 June, Prasa sought an interdict, not only against Dudula but also against the traders. Its legal bid to remove the traders was dismissed by the high court on 11 July 2022. A number of the traders have been selling at Park station for 15 to 20 years.

In a letter on 27 June addressed to the Socio-Economic Rights Institute of South Africa (SERI), who represented the traders, Prasa’s attorneys said the interdict was part of the agency’s Informal Trading Policy, “a work in progress”. Prasa said an assessment in April 2022, when the agency took over management of Park Station, found that the informal traders were not compliant with health and safety legislation, and there was “suspected drug peddling and general degradation”, trading in “undesignated” areas, and the use of public areas as toilets.

Prasa said there were informal traders illegally renting spaces and there were 200 traders instead of the planned maximum of 60.

Boateng said she was surprised by Prasa’s attitude. “They accuse us of urinating in public spaces. When did they ever see us doing that?

“There are security people failing to do their job. There are no trains in the station but they say we are stopping the train business. It does not make sense. Prasa is using us traders as doormats for its failures.”

Although business is still slow a week after returning, Phumulane Ndlovu from the Park Station Traders’ Forum says the traders are working peacefully. Most are still recovering from loss of stock looted when Operation Dudula tried to displace them.

SERI successfully argued in the Johannesburg High Court that Prasa was relying on threatened conduct by a third party – “xenophobic vigilante groups” opposing the presence of the traders – with the risk of damage to Prasa property.

SERI also argued that Prasa did not need to stop the trading in order to complete and implement its new policy and irreparable harm would be done if traders were deprived of their sole income.

Welcoming the decision, Khululiwe Bhengu of SERI said: “The ability to make a living cannot be separated from the right to dignity.”

Informal trader Sophie Segola says she has been selling her wares at Park Station since 1992. Being barred from trading for so many weeks reduced her to scavenging for rotten vegetables, she says, and surviving on handouts.

She said members purportedly of Operation Dudula had tried to steal the second-hand jackets she sells. “One young man tried to take my jacket. I showed him my ZCC badge and told him that I would pray for the jacket to spark flames and burn his house at night while he is sleeping. He quickly dropped the jacket.”

Merium Madalane has been an informal trader since 1994. “A group of people came to me accusing me of being an illegal foreigner. They kicked my table and spilled everything. When I showed them my smart ID card, they were embarrassed. But they said we should close because of the foreigners we work with,” said Madalane.

“We work harmoniously with the foreign traders and have no reason to refuse working with them,” she added.

“My husband and l are happily married,” said Obi. “Our country has vast opportunities, I see no reason why these vigilante groups target immigrants who are earning an honest living.”

She said R16,000 of her stock had been taken during the mayhem unleashed by Operation Dudula.

Phumulane Ndlovu, from the traders forum, said he had been physically beaten by Dudula members.

“We are only glad that the law prevailed. But our safety is not guaranteed,” said Ndlovu.

Prasa spokesperson Andiswa Makhanda said the trading policy had been introduced before Operation Dudula’s actions. She said that because of “lapses” in the regulation of trading and “high levels of criminality”, new regulations and processes had to be introduced.

GroundUp made several attempts over a week to obtain comment from Operation Dudula, without success. DM