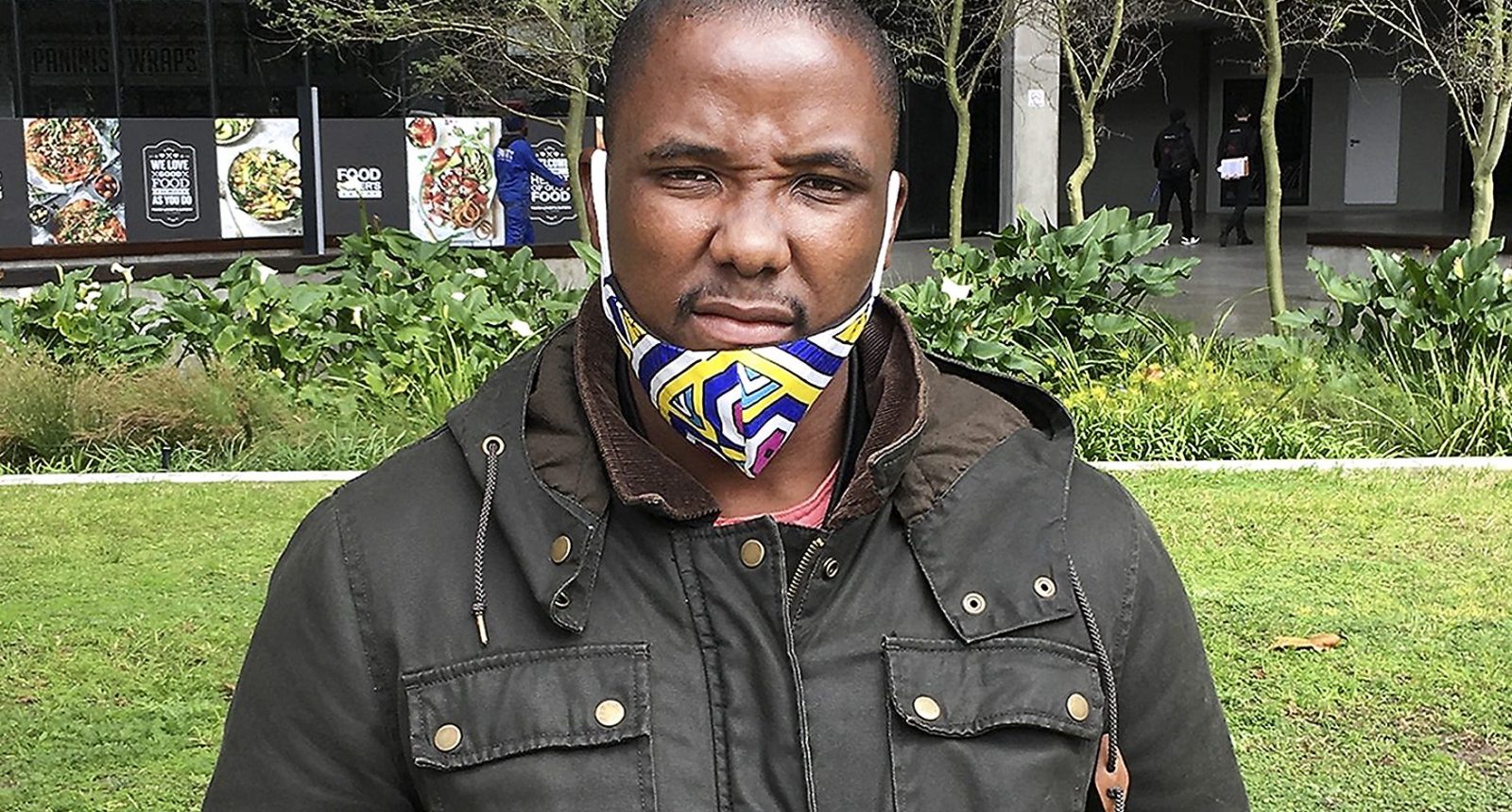 Bulelani Qolani was dragged from his shack in July 2020. (Archive Photo: James Stent)

The Western Cape high court has ruled that the City of Cape Town wrongly applied the remedy of “counter spoliation” when it demolished shacks and evicted families from several informal settlements during the Covid-19 lockdown.

Judges Vincent Saldanha, Mokgoatji Dolamo and Hayley Slingers stated that when correctly interpreted and applied, counter spoliation — a legal remedy which allows people to forcibly re-take possession of property unlawfully taken from them — was neither unconstitutional nor invalid.

But the City was incorrect in its interpretation and application of counter spoliation when it used this to evict people and demolish their shelters, both occupied and unoccupied.

The three judges also ruled that the City’s conduct in demolishing and evicting Bulelani Qolani from a shack he occupied at Empolweni on 1 June 2020, during the Covid-19 lockdown, was unlawful and unconstitutional.

It was this incident which sparked the application before the judges. The main applicant was the South African Human Rights Commission (SAHRC), but others, including the EFF and Abahlali BaseMjondolo, joined in.

The case was first argued before two judges, but they could not reach consensus. A new panel of three judges was then appointed to preside.

In the ruling handed down on Friday, the judges said the image of Qolani, naked and in full glare of the public and social media, being forcefully dragged out of his informal structure by municipal officials had been likened to the brutal forced removals under apartheid.

The judges said in considering the matter, they were mindful of the profound levels of homelessness, the “ever-increasing incidents of unlawful invasions of vacant land by predominantly poor and desperate people”, and also of orchestrated attempts at land grabs for political and other nefarious reasons.

They said it was the City’s understanding of counter spoliation was central to the case.

They said counter spoliation was a robust and speedy remedy aimed to preserve public order by preventing people from taking the law into their own hands. But it could only be used in limited circumstances and the window of opportunity was narrow.

The City believed that it could use the remedy “at any stage before a fully constructed informal structure becomes as occupied as a home”. This was misguided and wrong, the judges said.

They said counter spoliation might, for example, be a legal remedy if someone was just putting pegs in the ground, but if the occupier was putting in the last wall or door, that might, in law, be an indication that “possession was perfected”.

In these circumstances, the provisions of the Prevention of Illegal Eviction from and Unlawful Occupation of Land Act would come into play, and the City would have to get a court order if it wished to evict the occupants.

“It appears that the City uses the remedy as a means of obtaining final relief without judicial intervention,” they said. “The City cynically argued that the homeless occupiers should be the ones to approach the court if they believed its conduct was unlawful.”

Regarding the treatment of Qolani, while the City argued that there were disputes of fact which could not be resolved on the papers before the court, the judges said video footage confirmed how the incident unfolded.

“They disputed that he was an occupant of the structure. It’s about as far-fetched as it gets.

“Their conduct was clearly an attempt at a summary eviction and the demolition was blatantly unlawful.

“The conduct of the City officials on that day, and those in authority who condoned it, is to be deprecated,” the judges said, rebuking the City manager for referring to Qolani as “a nude streaker on social media”, in his affidavit.

In a press statement, the Socio-Economic Rights Institute (Seri), which represented Abahlali, said the court had accepted its submissions that the right to counter spoliation was significantly narrower than the state and property owners had traditionally accepted.

This was that the requirement of possession need only be “peaceful and undisturbed” and not, as more broadly defined, “durable and stable”.

“This means that once a person is present on land with the intent to construct a shack, and manifests that intent by beginning to erect a structure, they are in possession and a court order is required to remove them,” Seri said.

But in a statement on Tuesday, the City said it is considering its options.

It said the ruling may render protection of immovable property via this method all but impossible in practice, especially in instances of well-organised illegal land invasions.

The Safety and Security Directorate, including the Anti-Land Invasion Unit, is currently being briefed on the enforcement implications of the court ruling, said Councillor JP Smith. DM