Why the V&A’s new Africa Fashion exhibition is import... 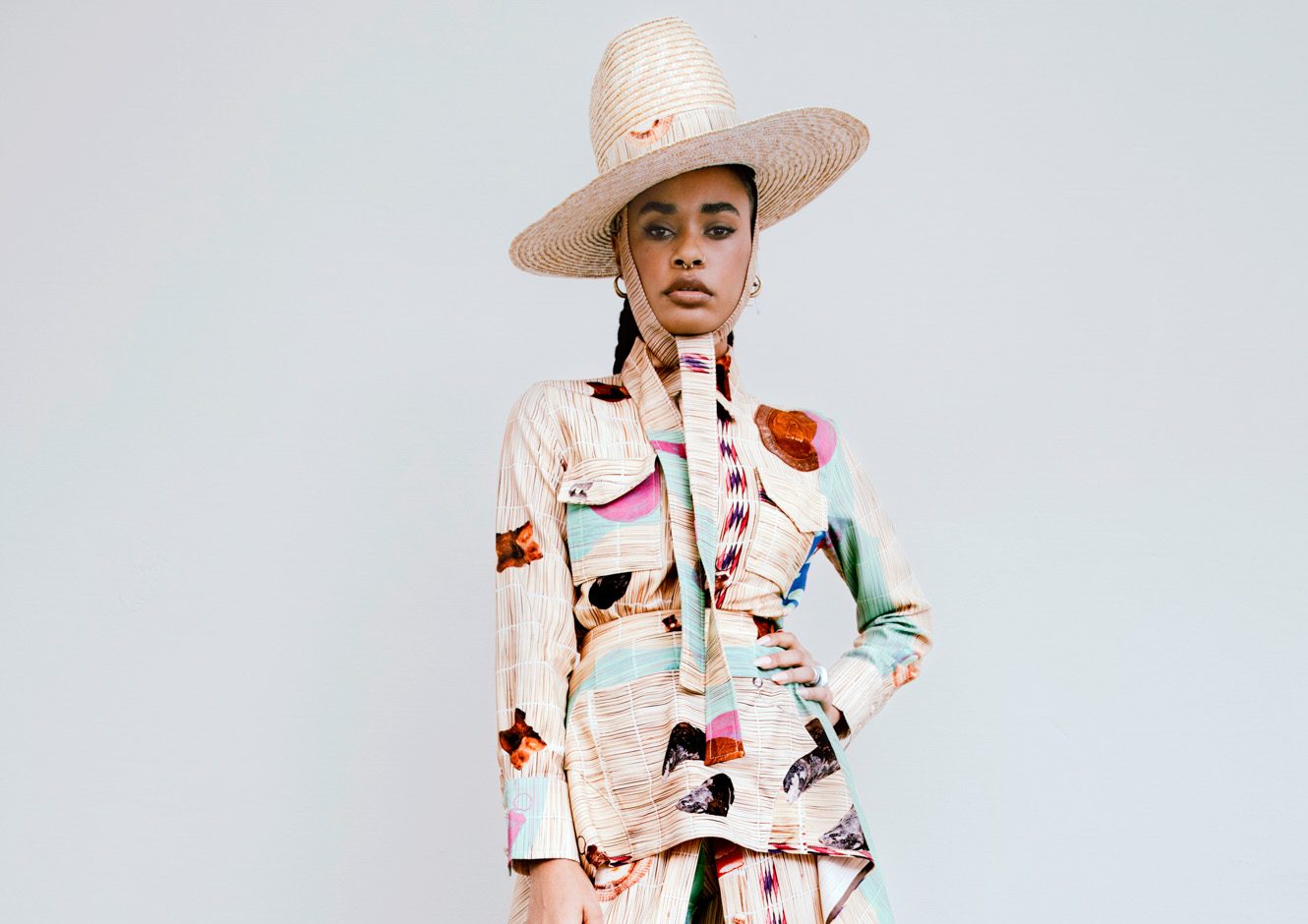 At last: a substantial fashion exhibition devoted to the traditions, skill and exuberance of African designer style.

A landmark show has recently opened its doors at the V&A in London, where exhibitions celebrating fashion and design from around the world have omitted the continent of Africa for years. In fact nearly 200 years. For the first time in its 170-year history, the V&A is holding an exhibition that centres solely on African fashion.

Fashion is a catalyst to tell deeper, richer, expanded stories from across the African continent. We hope visitors will be inspired and assumptions will be challenged – Christine Checinska, curator

A landmark show has recently opened its doors at the V&A in London, where exhibitions celebrating fashion and design from around the world have omitted the continent of Africa for years. In fact nearly 200 years. For the first time in its 170-year history, the V&A is holding an exhibition that centres solely on African fashion.

Fashion has long been seen and taught as centred in Europe, with Japanese designers occasionally highlighted as international non-western exponents. The fashion education experienced by students often relies on a design cycle that has not changed since the 1980s, focused on well known designers from New York, London, Paris and Milan.

Fashion internationalism must now look beyond a Eurocentric perspective and draw from a broader source of creativity with respect – and appeal to a wider market. It is time to break the stereotypical elitist view of Africa and fashion. And this latest exhibition from the V&A, Africa Fashion, is an excellent place to start.

Could the lack of recognition of African fashion be pinpointed to the years of colonialism and the view that many cultures and heritages of Africa were dismissed as “simple” and not worthy of archiving or exhibiting? Even in the capturing of the past there is a hierarchical process that pushes some cultures to the bottom of a historical league table.

The “simple” take by early colonialists on African dress – or lack of it as they saw it – fuelled the dismissal of the African continent as unsophisticated or unqualified to offer fashion for decades. This thinking was yet another form of “othering” that grew from the imagery and language perpetrated to “sell” slavery. Colonialists portrayed Africans as uncivilised and different to European people and culture, thereby dehumanising the African continent.

European designers have always borrowed – sometimes even plundered and tokenised – African cultures in their designs and catwalk shows. Western designers have been applauded for their take on African heritage and culture, while the originators have been dismissed and left without a platform.

The Western use of African textiles, colours, patterns and style often exhibited disrespect and lack of understanding, resulting in appropriation rather than appreciation. At last, in this exhibition, the opportunity to celebrate African fashion has arisen, providing recognition and status to wonderful sources of inspiration, creativity, and cultural abundancy as Cameroonian designer Imane Ayissi has pointed out in the past:

“Showcasing, under the golden crown moulding of a Parisian building during Haute Couture Week, luxurious contemporary garments made of textiles woven by artisans in Cameroon, Ghana or Nigeria is for me the best way of showing that Africa knowhow is just as sophisticated and valuable as artisanship in the rest of the world.”

The V&A exhibition has been two years in the making, and is an opportunity to showcase vibrant fashion history overlooked by museums and galleries in the UK, often separated and presented in anthropology and ethnoecology sections.

The entrance to Africa Fashion is welcoming and beautifully presented, indicating from the start that this is a respectful space that will tell the story of rich creativity, but by no means the whole story. The exhibition was masterminded by the V&A’s senior curator for Africa and the diaspora, Christine Checinska and initiates various conversation points such as the political and cultural renaissance of Africa, and how this impacts on designers.

An important theme is highlighting the variety of cultures and nations that make up Africa, which is a continent, not a country. The exhibition covers 45 designers from more than 20 countries and serves as an informative foundation to build on for fashion lovers, educators and industry contributors.

The show sets out to involve the diaspora of Africa from the start. As a woman of African heritage, it is wonderful to see family albums of photographs so relatable to my own. These images capture artisanal craft, style and pride, and are evidence that fashion was and is very much part of the lives of so many Africans today.

A variety of short films show how fashion from Africa retains traditional elements combined with contemporary touches, and explore creativity and inspiration while offering opportunities for discussion.

The presentation of traditional clothing and fashion on display embodies the myriad cultures and heritages within the continent. Divided into two sections, the first acts as an introduction and looks at the development of post-colonialist fashion.

We see the Ghanian prime minister Kwame Nkrumah wearing a traditional kente cloth as he announces his country’s independence from British rule in 1957, and watch as Nelson Mandela rocks his signature look, the casual madiba shirt that made him feel connected him to his people. There is also an array of striking imagery from the well-known studios of photographers Sanle Sory and Seydou Keita from the 1960s and 1970s.

The contemporary section of the exhibition presents fashion from a variety of designers, well known in the continent. The new-era designers have included brands like Nigerian label Orange Culture and sustainable textile designer Sindiso Khumalo both of which address political issues such as feminism and LGBTQI+ rights in their work.

The Africa Fashion exhibition is the start of a conversation on creative developments taking place, which have been largely ignored in the west. Its vivid and glorious displays challenge stereotypes and educate the onlooker by enriching the knowledge of African fashion. I urge you to go and see it for yourself. DM/ML

Benita Odogwu-Atkinson is a senior lecturer in fashion design at the University for the Creative Arts.

In case you missed it, also read Fabric and Flux: What’s next for Thebe Magugu?