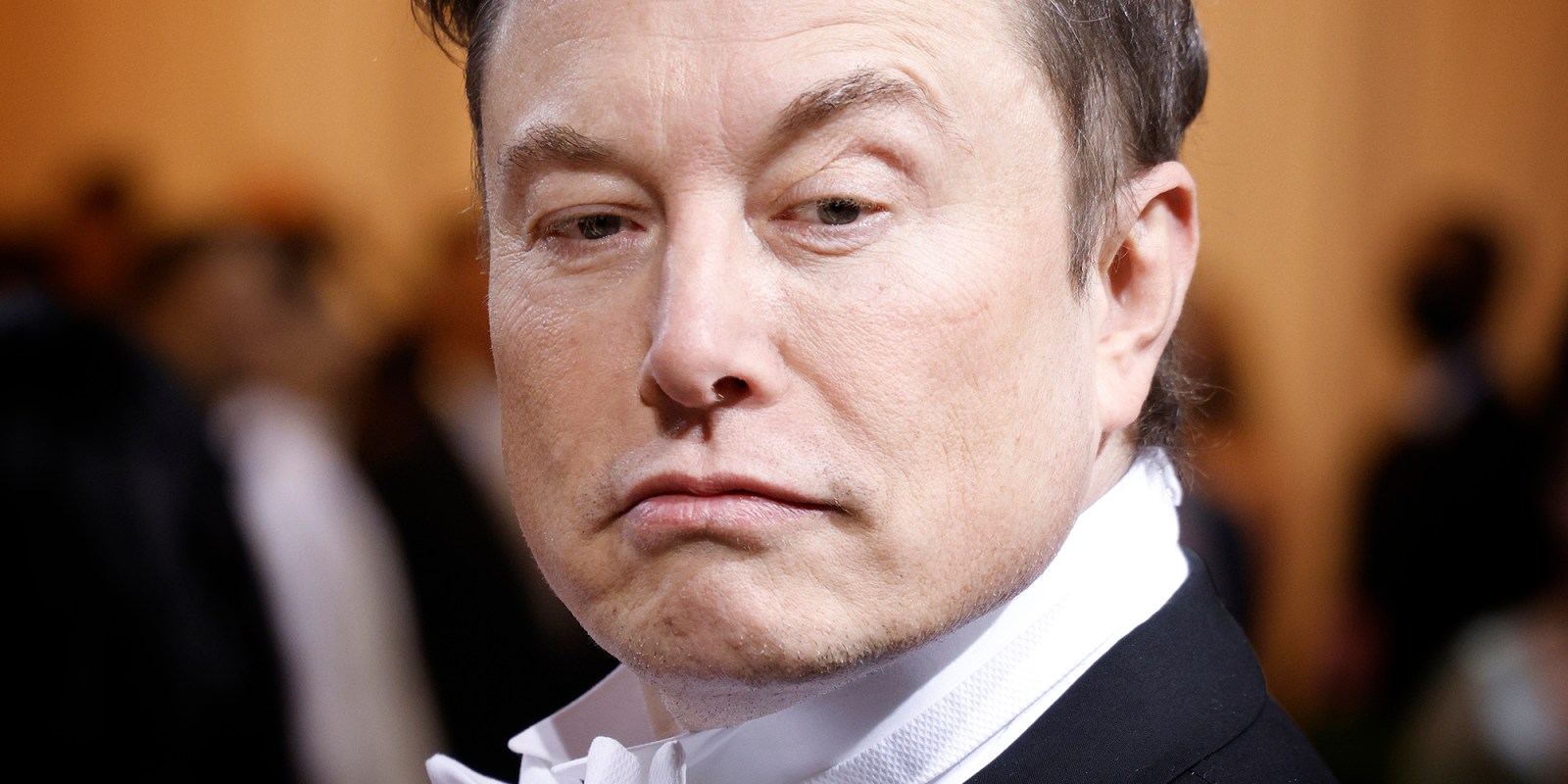 Elon Musk on the red carpet for the 2022 Met Gala, the annual benefit for the Metropolitan Museum of Art's Costume Institute, in New York, New York, USA, 02 May 2022. (Photo: EPA-EFE / Justin Lane)

It doesn’t have much to do with us here in South Africa, but I’m finding the legal battle between Twitter and Elon Musk just mesmerising. The whole premise of the battle is so unusual – a company that didn’t want to be taken over is now insisting that it should be bought by someone who claimed to want to buy the company but now doesn’t. As you would say on Twitter: WTF?!

Elon Musk and Twitter are now in court trying to force each other to do what both sides claimed to want to do or not want to do at some point in a tumultuous few months. How weird is this?

Twitter’s legal documents say the following: “Having mounted a public spectacle to put Twitter in play, and having proposed and then signed a seller-friendly merger agreement, Musk apparently believes that he — unlike every other party subject to Delaware contract law — is free to change his mind, trash the company, disrupt its operations, destroy stockholder value, and walk away.” Lawyers. They really do have a way with words.

How do you make sense of this? At root, I think it’s quite simple.

The first house my wife and I bought was in Observatory in Cape Town. It was a semi, but, unusually for Obs, it had an upstairs. It was a perfect starter home for newlyweds, which we were, and cost us R170,000, which I thought at the time was an absolute fortune. (Try getting one now for less than R2-million.)

Shortly afterwards, we were having supper in Camps Bay with people we vaguely knew and the topic perambulated to where we all lived, because this is Cape Town, where the other side of the mountain is widely considered to be another country.

“We have just bought in Obs,” I said somewhat proudly.

“Oh,” said one of the Camps Bay residents, in a disarming, chatty kind of way. “Why did you buy there? Is it a money thing?”

And what do you say to that? Well, yes, it is a “money thing”, because, you know, we don’t have any. So, often in life, choices end up being decided on the basis of what might be described as a “money thing”, or, to put it another way, “a no money thing”.

For Musk, the decision to not buy Twitter is, without question, a money thing – but in more ways than you might imagine.

When Musk bid for Twitter on 25 April this year, his $44-billion bid was at a 38% premium to the share price. That is an extraordinarily large premium; one that you would expect to be made by a billionaire who had got very rich, very fast, and who then had far too much money. Oh, yes! That would be him.

Then came the gritty matter of financing, which can be, and often is, the equivalent of accidentally stepping into a very cold shower. Musk’s initial offer was constituted by $25.5-billion of debt and margin-loan financing from lenders, like those warm and fuzzy banker types at Morgan Stanley. And then, on top of that, he tossed in $21-billion in cash.

In order to achieve this last bit, he took a $6.25-billion margin loan against his Tesla shares, which he then desperately tried to replace with cash from people described as “private investors” – that would be anyone and everyone in his voluminous contact book.

But no sooner had he made the bid than markets began their impetuous  decline – and not just any decline, but a historic bashing of quasi-nuclear proportions.

The tech-heavy Nasdaq index, for example, is now about 25% down since Musk made his bid in April, as is the font of his wealth, Tesla.

Twitter was valued at about R30-billion just before the bid, and is now worth R25-billion.

Implicitly, that means if Musk is forced to buy the company, he will be paying the 38% margin his bid implied, plus the roughly 25% decline the company might have sustained if it had followed the market, which it undoubtedly would have done.

Even if you are more conservative and just subtract the bid value from the current value, he would still be paying 50% more than he would have done if he had just waited a few months. That is irksome.

Seeing all of this, my guess is that his money managers had that awful sinking feeling you get when you see truckloads of cash bursting into flames in front of you.

To make matters worse, the market generally felt that any one person, no matter how capable, trying to deal with Twitter’s many problems – as well as running a car company, a rocket company and a bunch of other things – would be a tad tricky.

And that is not even to mention his kids, who now number nine. So, his Tesla shares started to decline, and that made the financing even tricker.

This is all pretty obvious, but it seems like a pretty solid guess that he got cold feet and quickly tried to find an exit, citing a bogus reason – that the number of fake Twitter accounts are underestimated. (They are, but he knew that from the start.)

So, why are we seeing this bizarre movie? Because … it’s a money thing.

And that’s the pity of it, because most of Musk’s ideas for Twitter weren’t bad.

The company is now going to have to try to make progress at a tricky time for tech companies, while fighting a weird, bitter court case with a billionaire who just doesn’t do rules. Or, for that matter – and we love him for it – reality. DM/BM