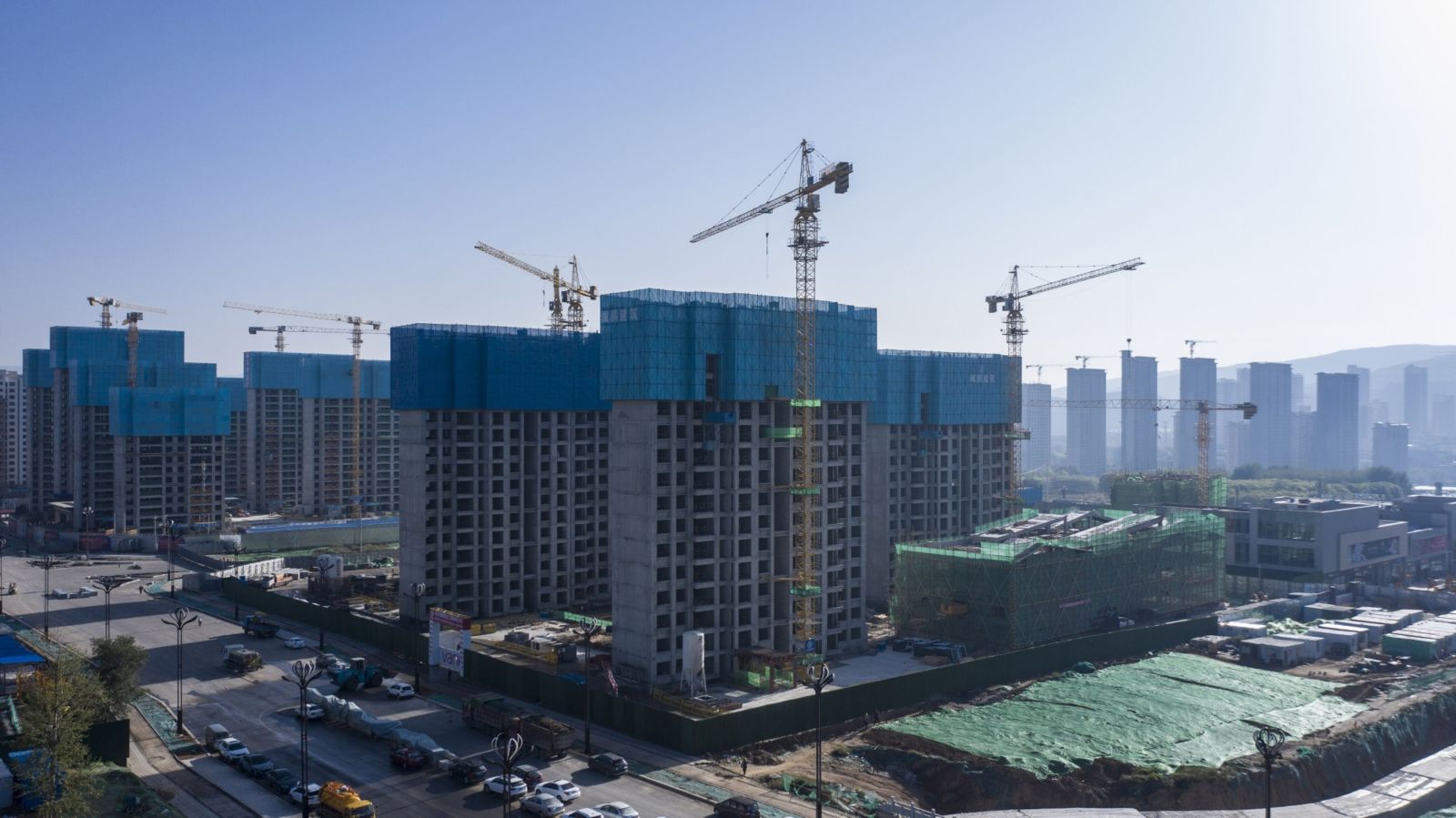 An aerial view of apartment blocks under construction at a China Vanke residential development, centre, in Xining, Qinghai province, China, on 28 September 2021. China has urged financial institutions to help local governments stabilise the rapidly cooling housing market and protect the rights of some homebuyers, another signal that authorities are worried about fallout from the debt crisis at China Evergrande Group. (Photo: Qilai Shen/Bloomberg)

The payment refusals underscore how the storm engulfing China’s property sector is now affecting the country’s middle class, posing a threat to social stability. Chinese banks already grappling with challenges from liquidity stress among developers now also have to brace for homebuyer defaults.

Across China, homebuyers are refusing to pay mortgages as property developers drag on construction projects, escalating the country’s property crisis and risks of bad debt for banks.

Buyers of 35 projects across 22 cities have decided to stop paying mortgages as of July 12 due to project delays and a drop in real estate prices, Citigroup analysts led by Griffin Chan wrote in a research report distributed on Wednesday.

The payment refusals underscore how the storm engulfing China’s property sector is now affecting the country’s middle class, posing a threat to social stability. Chinese banks already grappling with challenges from liquidity stress among developers now also have to brace for homebuyer defaults.

Now is “a critical time for social stability,” said Chan, adding that “the forgoing of down payments may bring social instability.”

A drop in home values hasn’t helped. Average selling prices of properties in nearby projects in 2022 were on average 15% lower than purchase costs in the past three years, according to Citigroup’s research.

The contagion is spreading to banks. Non-performing loans triggered by the wave of mortgage payment snubs could reach as much as 561 billion yuan ($83 billion), about 1.4% of the outstanding mortgage balance, according to Chan.

While the overall impact on banks will be “manageable,” state lenders including China Construction Bank Corp., Postal Savings Bank of China Co. and Industrial & Commercial Bank of China Ltd. may have more exposure to mortgages, and could suffer setbacks amid dampened investor sentiment, Chan wrote.

The latest development comes at a time when renewed risks of Covid restrictions also pose a threat to the industry. A key real estate index fell 3.8% in the past two days, the worst two-day performance since June 13.

A Bloomberg index of China’s high-yield dollar bonds fell to the lowest in a decade as of Tuesday. Domestic bonds of large property developers, including Gemdale Corp. and Country Garden Holdings Co., also slumped to record lows. BM