‘I find myself unable to walk away from the cause I b...

‘I find myself unable to walk away from the cause I believe in,’ says right-to-die activist Sean Davison

Daily Maverick spoke to right-to-die activist and DignitySA founder Professor Sean Davison about his new book, ‘The Price of Mercy’, and the cause he simply ‘can’t walk away from’.

In September 2018, Sean Davison was arrested in Cape Town on what would later become three premeditated murder counts, after assisting in ending the lives of three men between 2013 and 2015.

Davison, who holds dual South African and New Zealand citizenship, first made headlines in 2010, when he was arrested and charged after he helped his 85-year-old terminally ill mother die in 2006. Following a trial in the Dunedin High Court in New Zealand, Davison was convicted and sentenced to five months’ house arrest.

On 19 June 2019, he was convicted in the Western Cape High Court on three counts of premeditated murder after three men, Anrich Burger, Justin Varian and Richard Holland, who had been suffering from unbearable pain, asked Davison to help them end their lives.

Read in Daily Maverick: The Right To Die: SA euthanasia activist gets house arrest after pleading guilty to murder 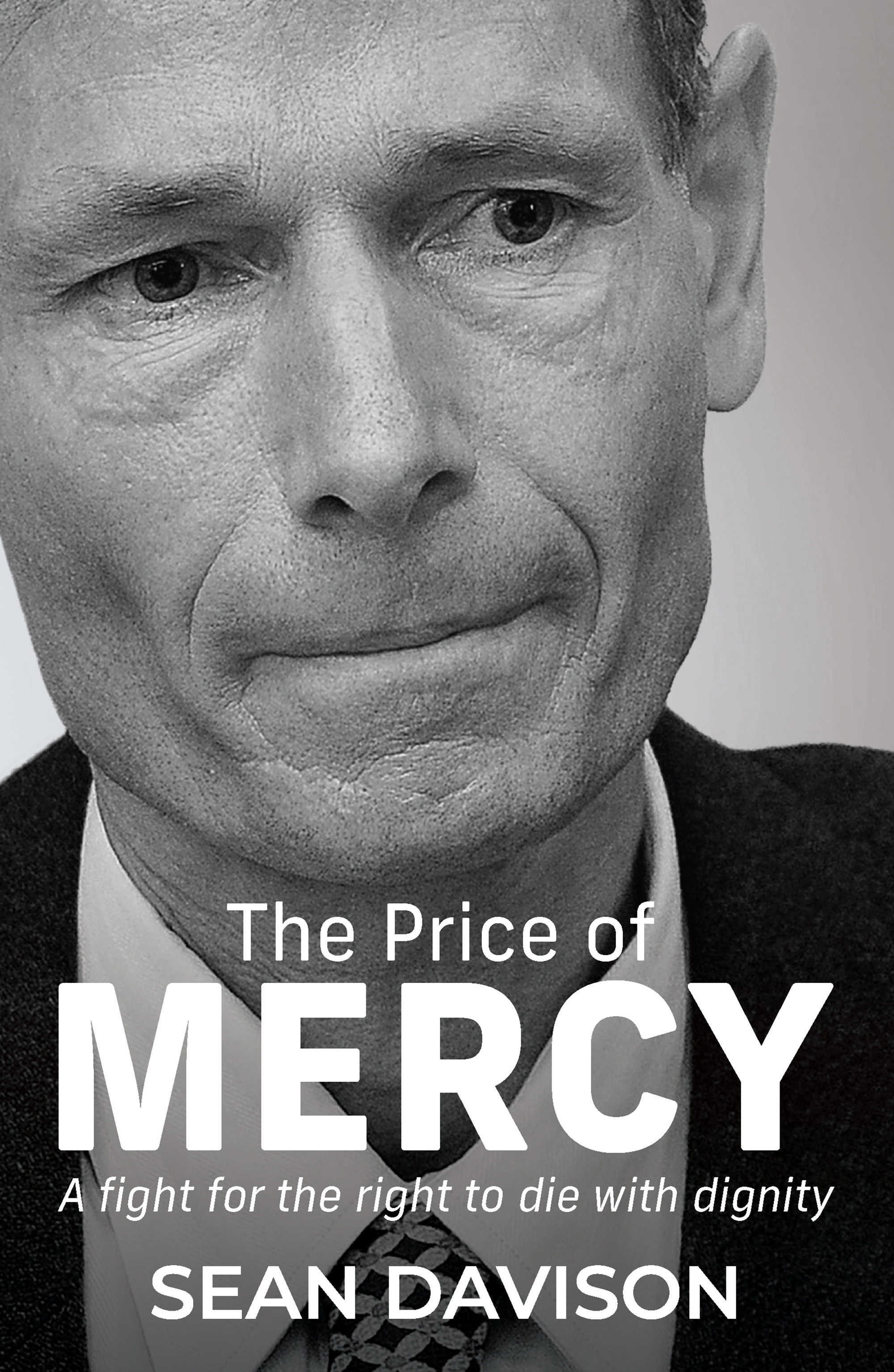 In a plea bargain agreement with the State, Davison was sentenced to house arrest for three years and was banned from speaking to the media for the duration of his sentence. Shortly after his house arrest ended on 20 June 2022, Davison spoke to Daily Maverick about his new book, The Price of Mercy, written during his house arrest, which focuses on his arrest in 2018 and the aftermath.

“It’s a wonderful feeling — to be free,” he began. We were seated inside a coffee house, near his home in Pinelands, Cape Town, which had opened during his house arrest and which he hadn’t yet had a chance to visit.

“I’m enjoying being able to say what I like. I’ve got more to say and I’m going to continue campaigning for a law change because I’m passionate about the cause I believe in and I find myself unable to walk away.”

Following the publication of his third book and after having much of his life thrust into the spotlight over the past decade, you would think Davison would be used to being in the public eye.

“I’m actually a very private person,” he told Daily Maverick. “I don’t want to be writing books but here I am… I have a message — it’s an important message — and if you want to be heard you have to make a noise.”

For more than a decade Davison has been championing the cause for the legalisation of voluntary euthanasia in South Africa, through his organisation DignitySA. He said he’d been asked many times whether he would walk away from the right-to-die campaign after all he’d been through.

“I’m a human being, and human beings by our nature do not turn our backs on other people who are suffering… that’s why I’m unable to walk away.

On the steps of the Western Cape High Court on 20 June, his first official day of freedom, Davison said a woman, Emma, suffering from an incurable disease had contacted him, asking for help to die. He told the media he acknowledged Emma’s understanding when he told her he could not help her.

But Emma’s request for Davison’s help was not the only one to enter his inbox since he began his house arrest three years earlier.

“I am asked again all the time,” he told Daily Maverick.

“I counted the requests while I was on house arrest from my email: 152 over three years — roughly one a week — from people wanting help to die or wanting advice for loved ones seeking assisted deaths,” he said.

When we asked Davison whether, after everything he’d gone through in the past decade, he would again help someone to die, he said: “I couldn’t say for sure that I wouldn’t help someone… I’m a human being and it’s very difficult for me to turn my back.

“However, I do know it’s a fine line between being courageous and being foolhardy now… I have a young family and they want a father, not a hero sitting in jail… So, I’m going to focus on campaigning for a law change so that I don’t have to be involved in a situation to help someone to die.”

In the meantime, Davison refers those seeking an assisted death to internet sites and books where they can learn how to have a peaceful suicide — the main one being The Peaceful Pill Handbook.

Campaigning for a law change

Davison says there are two avenues when campaigning to change the law in South Africa: through Parliament or through the courts.

“We have no hope of changing the law through Parliament at the moment, the way that the government is so opposed to every opportunity to change the law, but if we get a court decision in our favour at a Constitutional Court level, then the court and Parliament are on different pages. So the Constitutional Court would instruct Parliament to change the law,” said Davison, who added that this had been done successfully in Canada.

Davison hopes that Diethelm Harck’s case before the high court, which has been postponed to September this year, will bring a landmark ruling and propel a law change. Harck is terminally ill with motor neuron disease and is applying to the high court for the option of an assisted death, if and when he needs it.

“If [Harck] is not granted an assisted death at the high court, we will take it to the Supreme Court of Appeal. If that’s turned down, we will then take it to the Constitutional Court. We’ve got one of the most liberal constitutions in the world, which is based on dignity and life and which we believe in court will apply to dignity and death,” Davison said. DM