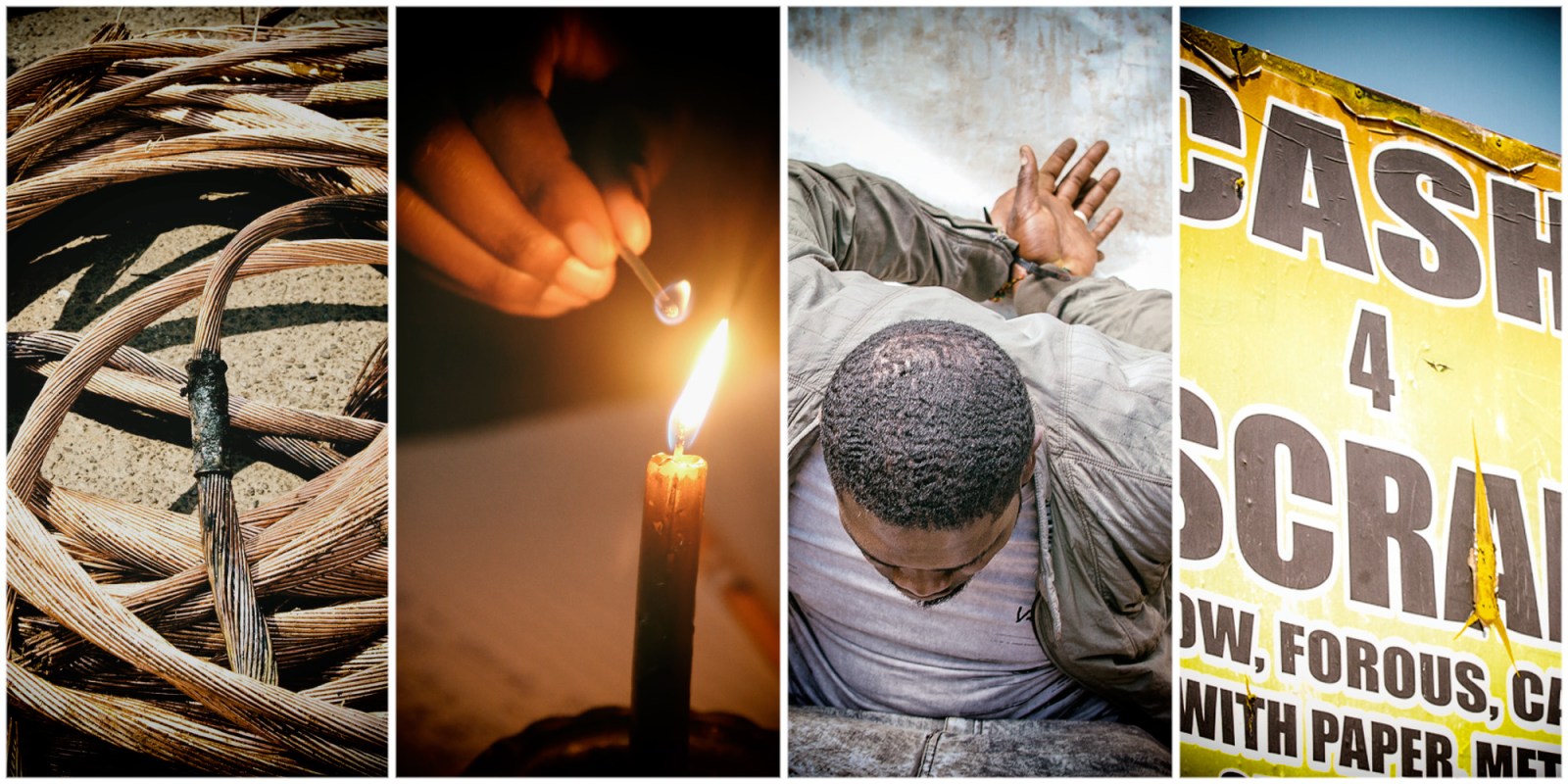 Eskom’s relentless power cuts are being linked to an upsurge in crime in some Cape Town suburbs, with housebreakers and robbers making hay while the lights don’t shine.

‘Our crime is climbing,” says Susan Jantjies. She belongs to a neighbourhood watch in Delft on the Cape Flats, where she says there have been increases in cable theft, housebreakings and robberies as load shedding reaches the upper stages.

According to load shedding app EskomSePush, South Africa has had 960 hours (40 days) of continuous power cuts since the start of 2022.

The country has seen a leap in stages on the load shedding schedule since last week when a group of Eskom employees went on an unprotected strike. Some blackouts last for more than four hours at a time.

Jantjies told Daily Maverick that the Delft area had power cuts on Monday from 8am to 12.30pm and again from 4pm to 8.30pm, with additional power failures due to cable theft in the area.

“We had over nine hours of power cuts in one day,” she said.

On one Delft crime-fighting group, residents reported the power coming back on at 8pm, then going off again a few minutes later. Someone posted that they’d logged a fault with Eskom.

A few minutes later, people reported hearing gunshots. Another message mentioned two suspected cable thieves being caught in the Hague area, with the suspects reportedly being hit by “old men” from the community.

Jantjies told Daily Maverick that cable theft was a huge problem for the community. While law enforcement did occasionally arrest suspected cable thieves, “they just walk out of Bellville Magistrates’ Court”.

She said Eskom and Telkom were to blame for suspected cable thieves being released as they “don’t lay charges”.

With power cuts often happening when people go to work early or return in the evening, Jantjies said, “What do you think will happen… people get robbed, raped.”

Power cuts are a hazard for Jantjies and other neighbourhood watch members. If they don’t have torches while on patrol, they risk being hit by cars in the dark.

“Eskom is making me sick,” said Jantjies, adding that when she went to bed on Monday evening she had no power and still had no electricity when she woke the next morning. She said she had to get her grandchildren ready for crèche.

“Sometimes you can’t blame the community for toyi-toying… they’re fed up,” she said.

“We cannot patrol in the darkness,” she said, adding that Eskom had to “resolve the problem… make sure the lights stay on”.

Colin Dehart said that in Mitchells Plain, the power cuts made it easier for criminals to operate. Dehart is part of a neighbourhood watch and is vice-chairperson of the CPF. He said cable theft during power cuts was a big problem and that criminals targeted people when they saw them walking home at night using their cellphones as torches.

During power cuts, Dehart says there is police visibility in the area: “I see the blue lights.” He said there was a good relationship between safety structures and police, especially during power cuts.

The South African Police Service says all police stations in the Western Cape are equipped with generators and “our policing service to the community is not affected by load shedding in any significant manner”.

Captain Frederick van Wyk from the SAPS Western Cape media centre told Daily Maverick: “Communication systems are often dependent on a power supply, and the ones in use by us are not excluded from this.” Van Wyk said police have backup systems so that communities are not left without a means of communication during power cuts.

Van Wyk said there was no evidence to “suggest that incidents of crime are more rife during load shedding, as proper operational planning is done to ensure an effective policing service, with or without electricity”.

He told Daily Maverick: “Kindly be advised that due to a national moratorium, crime statistics are not disclosed to the media.”

A Cape Town police officer who wished to remain anonymous told Daily Maverick that it was more a case of “petty opportunists doing bad things when the power goes out”.

The City of Cape Town’s mayoral committee member for safety and security, JP Smith, said that “the lack of lighting in areas experiencing load shedding does make it more difficult for officers during their patrols and, of course, there is also an element of staff safety that comes into play”.

Smith said the city had maintained and in some cases redirected resources to areas “particularly vulnerable to crime during outages” to ensure that its staff were on hand to deal with any incidents. Other measures included ensuring traffic flows at major intersections during power cuts.

Smith said the prolonged outages increased the risk of opportunistic crimes such as smash and grab incidents, hijackings, metal theft, vandalism and theft of critical infrastructure, increased risk of fire due to the use of alternative methods of lighting and cooking, and pedestrian safety. DM