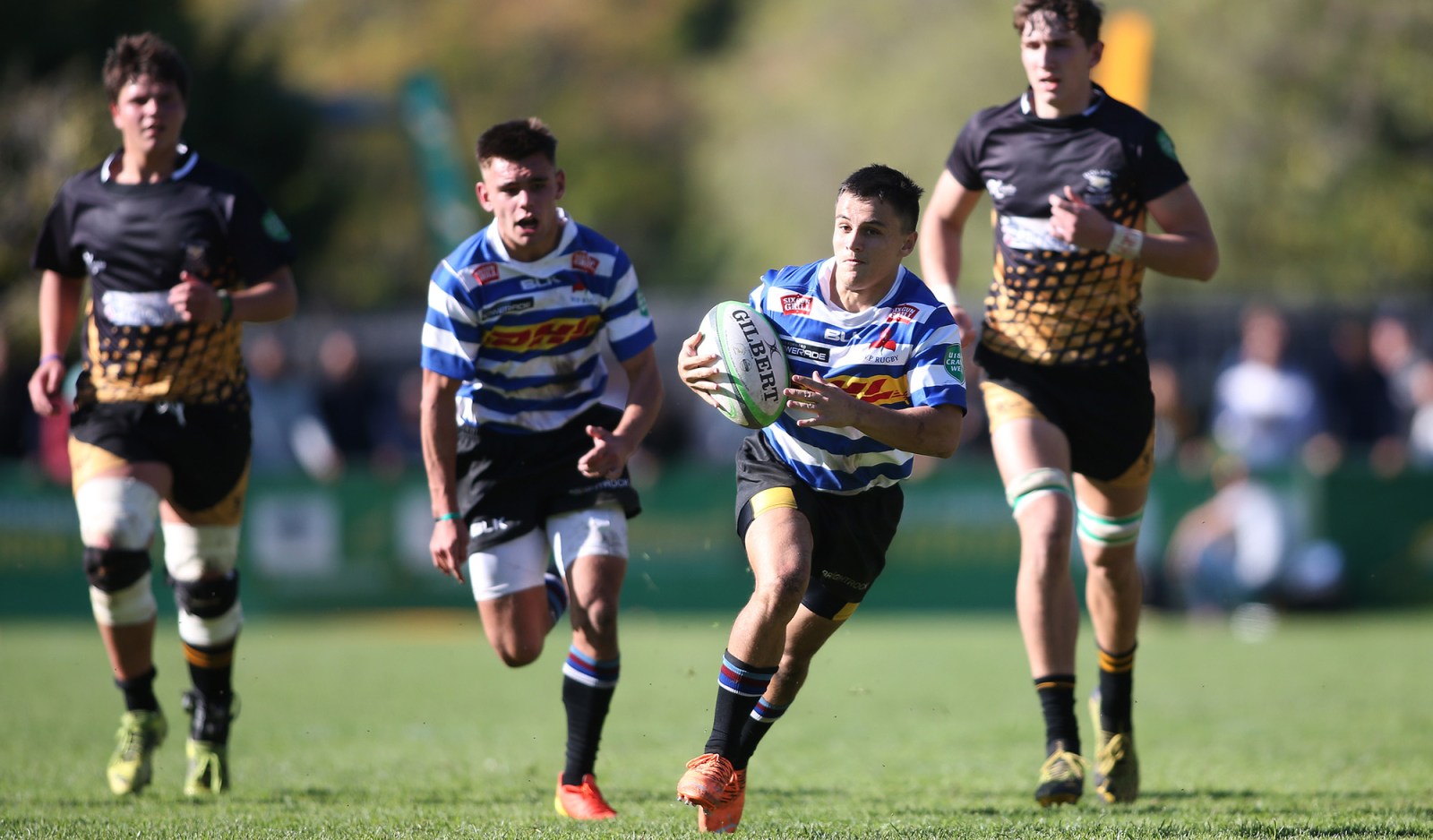 The Tinkie Heyns field at Rondebosch High School in the southern suburbs of Cape Town provided the perfect conditions for quality running rugby on the first day of the under-18 Craven Week.

Western Province kicked off the first day of the 56th edition of the iconic Craven Week in fine style with a dominant 34 (22) 18 (11) win over a spirited Border side in the final match of the day on Monday.

While Griquas, who received a red card in the first half (a red-carded player can be substituted after 12 minutes), beat a lively Eastern Province side 39-22.

The Sharks juniors then belted Valke 33-5 before a Western Province XV team put on an exhibition in front of their home crowd to thump neighbours Boland 65-7.

As the day grew cooler in the afternoon, so did the fans grow in number and voice to support the blue and white hoops of Western Province.

Despite Border showing enterprise and potential, Western Province were ultimately too solid on defence and much more clinical on attack.

The Western Province pivots of flyhalf Thurlon Williams and scrumhalf As’ad Moos controlled the game with boot and accuracy, ensuring the contest was played in the right half of the field.

“It was brilliant. We had great bonding sessions before practice and you could clearly see it came out on top today,” said Williams about his partnership with Moos.

Province got on the scoreboard early through their strong pack, with excellently worked tries by powerhouse hooker Luca Bakkes and tighthead prop Zachary Porten, who also skippers the side.

“It was a memorable moment for me when they called out my name on the speaker [when I scored]. To be leading the team and to put points on the scoreboard, it’s really nice,” said Porten.

Williams was able to convert only one of the opening two tries.

Two well-executed long-range penalties from the big boot of left wing Lesego Bota kept Border within arm’s reach. However, it was not long before left wing Jameel de Jong finished off a brilliant team try in the corner to extend Province’s lead once more.

Williams converted the try brilliantly from the corner and then added a close-range penalty to take the score to 22-6 with a few minutes left before halftime.

A quick-thinking tap-and-go from a penalty by Border scrumhalf Onelisiwe Fani found his captain Sibabalwe Mahashe in acres of space, as the galloping No 8 eventually offloaded in the tackle to his loose-forward partner Tiaan Jacobs who dived over to seal an excellent score for the Eastern Cape side.

The try halved the lead as the teams went to halftime at 22-11.

The dominant WP pack kept their team going forward and provided quality ball for their backline to exploit while their defence shut up shop for most of the second half.

Williams provided a moment of magic early in the second stanza when he took a high, hanging ball from the sky with supreme composure and then beat two Border would-be tacklers before providing a deft pass to winger Luke Graham, who dotted down without too much pressure.

“It was really tough, it was like a dog fight out there, but the boys came through at the end,” admitted Williams after the match.

Border threw everything they had at Western Province, but the defence didn’t flinch. Border were forced to run from their own half to try to find space to exploit, but it was to their own detriment. An attempted chip kick without much support by Border flyhalf Kyle van Wyk was charged down and Graham regathered for his second try within minutes, this time cantering to the tryline.

The conversion was successful as WP took an unassailable 34-11 lead with a few minutes on the clock.

Bota put the conversion between the sticks to finish the game at 34-18 in favour of the team from the Western Cape.

“There were a few things that didn’t go our way, [like] discipline issues. A lot of these teams have played a few warm-up games, we haven’t. We’ll just work on a few things. We’ll have a board session… discuss a few things, we’ll work on that and we’ll come back stronger on Wednesday,” said skipper Porten. DM