The Finance Ghost: Grindrod, Transnet and industrial shares – where are they headed? 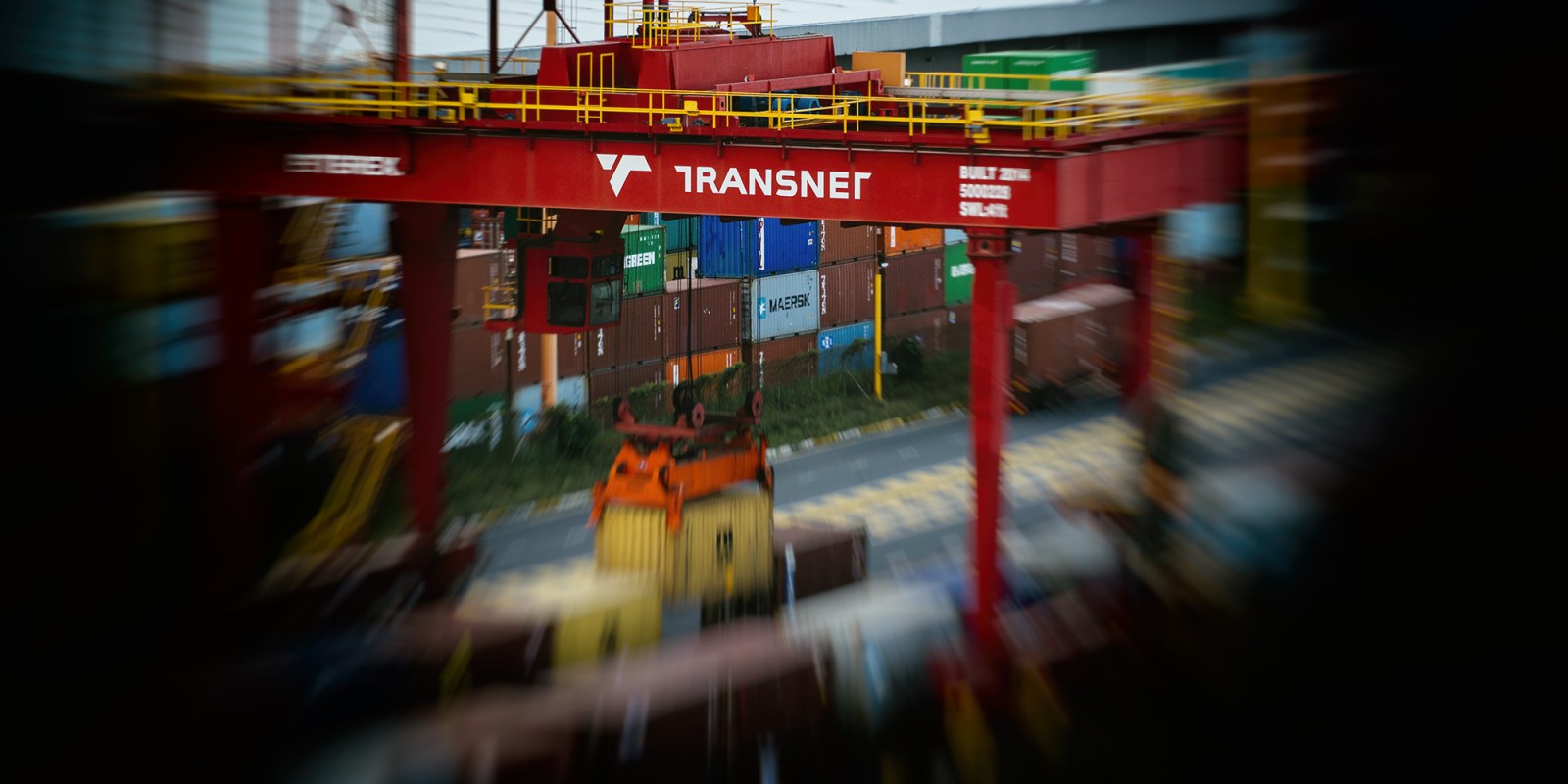 A rail mounted gantry crane lifts a shipping container on the dockside at the Port of Durban, operated by Transnet in Durban, South Africa. (Photo: Waldo Swiegers / Bloomberg via Getty Images)

With its share price up nearly 80%, it’s been an excellent year for Grindrod, which has become a viable alternative for many South African companies that are tired of dealing with Transnet’s local infrastructure.

Gearing refers to the level of debt in a business, as it has the effect of amplifying a change in pre-debt operating profit into a larger change in net profit.

An amplified change in operating profit from a given change in revenue is a concept known as operating leverage. When there are more fixed costs in a business than variable costs, a period of strong revenue growth tends to lead to much higher profit growth.

We’ve seen this come through in two of the industrial groups on the JSE: Hudaco and Invicta. Both share prices are up this year, a strong result in a tough market.

Hudaco’s results for the six months ended May 2022 are excellent, showing revenue up 11.8% and headline earnings per share (HEPS) up by more than 25%. Compared with pre-pandemic levels, operating profit is more than 52% higher. There are supply chain issues to be dealt with, but Hudaco has taken them in its stride.

Invicta’s results cover the year to March 2022, so the base period includes substantial Covid disruptions. Revenue up 15% and HEPS from continuing operations nearly doubling in that period dwarfs the performance of Hudaco but the periods aren’t directly comparable.

The more important trend is to note that both companies are doing well in this environment, with profit growth well ahead of revenue growth.

As Exxaro reminded the market in an update on Thursday, 30 June, Transnet is good at losing. In Mpumalanga export rail performance, for example, Transnet’s average of 15 trains per week in 2021 has declined to 8 trains per week this year. The situation is frightening.

Grindrod is the happy owner of the port and terminals in Maputo, which has become a viable alternative for many South African companies that are tired of dealing with Transnet’s local infrastructure.

Grindrod’s share price is up nearly 80% this year, a wonderful result for patient shareholders who went sideways for a long time.

To give an idea of growth in the Maputo port, dry bulk volumes increased 47% and car terminal volumes increased 51%. Coupled with the sale of Grindrod Bank and other value unlocking activities, it’s been an excellent year for the group.

There’s no firm offer yet, but a consortium is looking to take Alviva private at R25 per share. It’s likely that yet another JSE-listed company will be leaving the market.

The resultant jump in the share price took the year-to-date performance to 36.5%, so the group was already up this year but hadn’t shot the lights out. This is a perfect example of a solid company that was trading at low multiples on the JSE, making it ripe for the picking.

Much like Alviva, Datatec has been trading at uninspiring multiples. The international technology group has been talking about a value unlock for some time. As any Grindrod shareholder will tell you, such things require patience.

The exciting news for Datatec shareholders is that the group looks set to sell Analysys Mason for as much as £210-million, which is around 38% of Datatec’s market cap before the announcement. Considering this is a relatively small part of the group, this is a value unlock of the highest order.

If the deal goes ahead, the cash will be returned to shareholders. This means a significant special dividend is on the way. Good things sometimes come to those who wait.

With a few funds about to embark on year-end procedures, the week was busy with pre-close updates from the likes of Hyprop, Emira, Resilient and others.

The major negative news in the sector had nothing to do with a financial close, but rather the lack of closure on a deal. Rebosis is in trouble, with the blockbuster deal to sell R3.3-billion worth of office property falling through.

The buyer was a special purpose vehicle put together by Vunani Capital and finance couldn’t be raised to execute the deal. Rebosis shares promptly lost 40% of their value in response to this news.

In a much happier update, there are some signs of improvement in the office sector based on Emira’s numbers. Surprisingly, negative reversions in the office portfolio for the 11 months to May 2022 were better than in the retail and industrial portfolios.

Office vacancies improved from 18.2% at the end of December to 16.6% by the end of May. There may be some life in this sector yet!

Hyprop is the most interesting one for me as this pure-play retail fund looks set to benefit from the disappearance of masks from (most of) our faces.

The trading metrics in Eastern Europe suggest that malls have done far better since mask mandates were dropped, which makes sense intuitively. The Hyprop share price came under terrible pressure in the pandemic and has been on a path to recovery.

Will masks be the catalyst for a further recovery this year? That’s something that I’m putting my money on. DM168