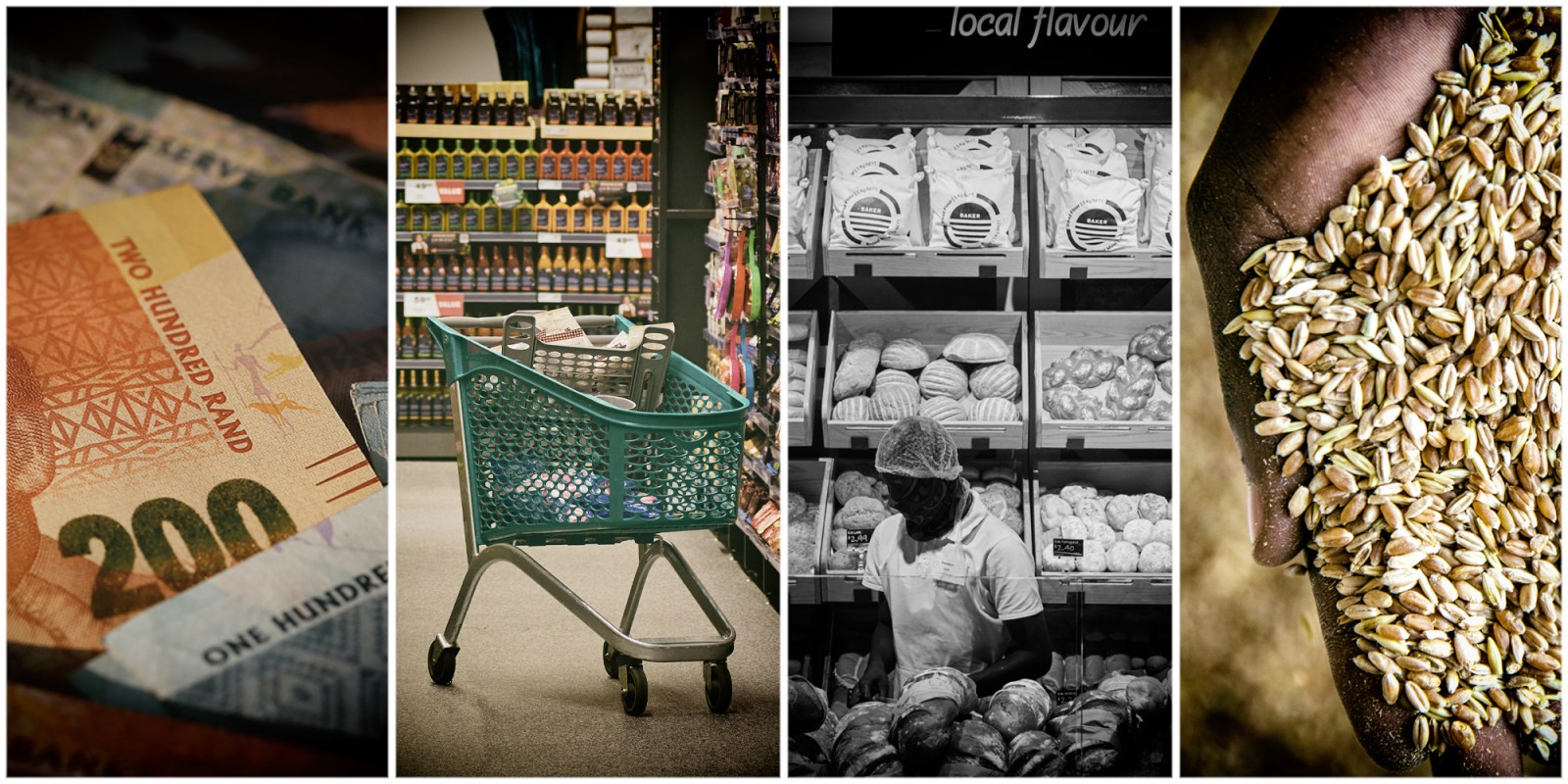 South Africa’s economic outlook just got a whole lot worse, and not only because of Stage 6 load shedding. Consumer confidence has effectively collapsed in a heap, which suggests households are running low on disposable income. This will negatively impact the retail, credit and other sectors.

The FNB/BER Consumer Confidence Index (CCI) sank to -25 in the second quarter (Q2) of 2022 from -13 index in Q1. To put this in some perspective, the only time it has been lower than this in the past three decades was in Q2 2020, when it hit -33 in the face of the wrecking ball that was lockdown Level 5 in response to the outbreak of Covid.

Output levels are apparently back to pre-Covid levels, but confidence is certainly not – and that bodes ill for the economy and prospects for job creation, investment and that kind of thing.

Pointedly, consumer confidence fell among all income groups, so neither Mr Price nor Woolies will find any cheer from this data.

The highest income group had the biggest fall, which, among other things, suggests that more taxpaying families with the means to do so will be joining the stampede abroad. 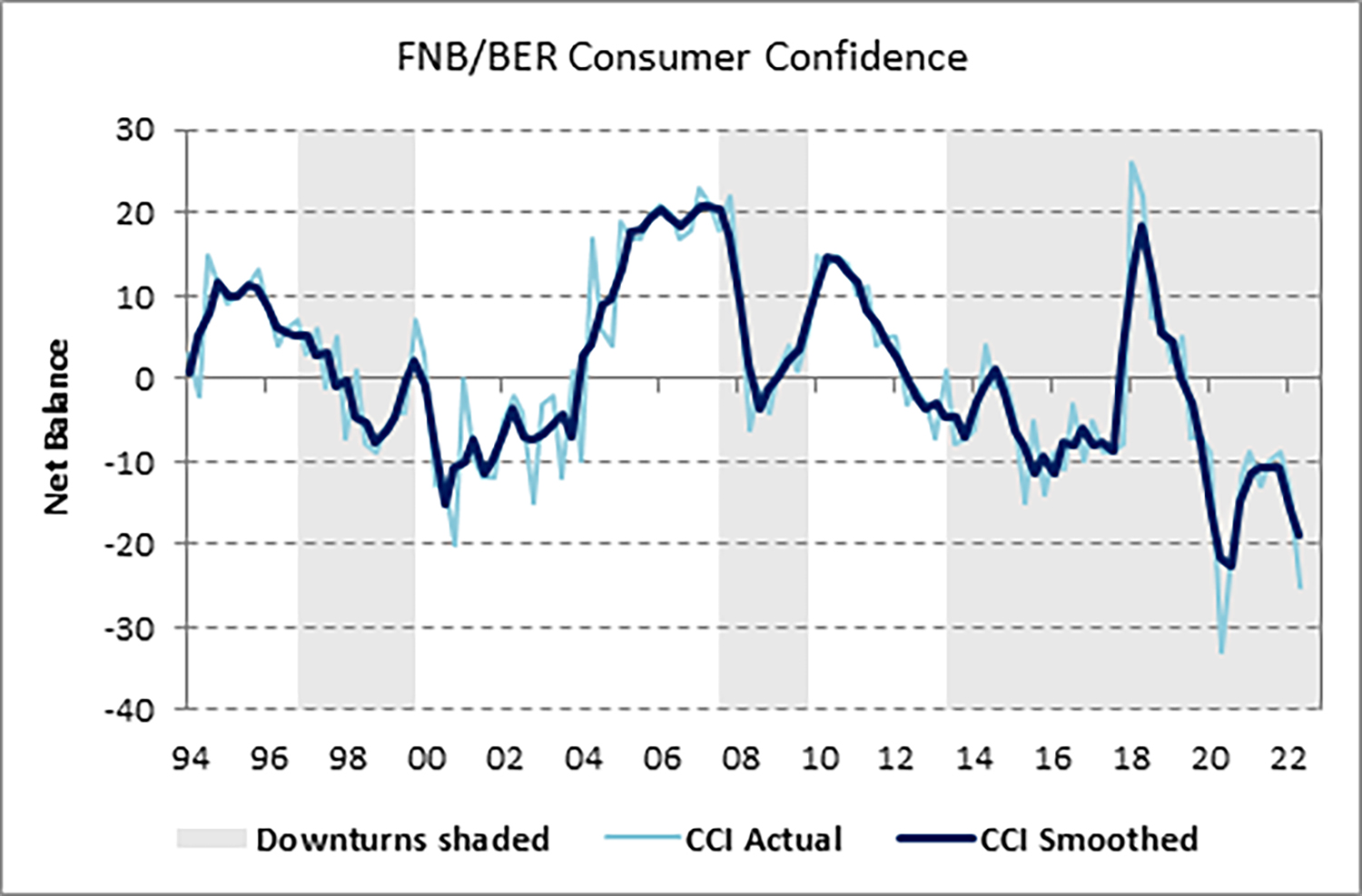 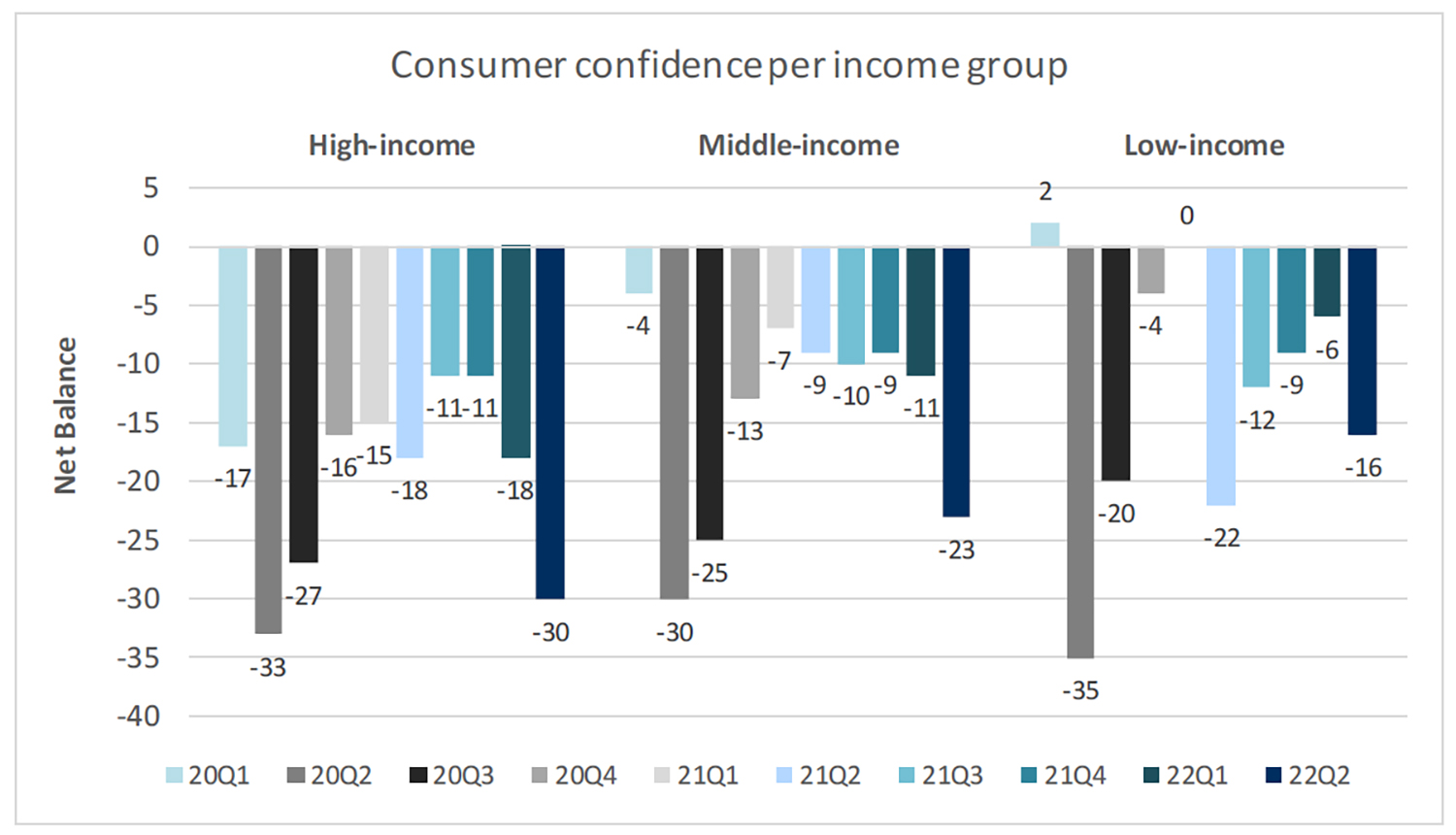 “The confidence level of high-income households (earning more than R20,000 per month) crashed to -30 in the second quarter. This reading is only three index points north of the historic low of -33 recorded for this subindex in the second quarter of 2020, with the vast majority of affluent households now anticipating a deterioration in their household finances and, in particular, in South Africa’s economic growth rate,” FNB said.

Overall, the economic outlook subindex tumbled to -39 from -18.

Surging food and fuel prices are especially concerning for low-income households, while the more affluent are anxious about rising interest rates and tanking share prices, which erode their store of wealth.

“Although consumer sentiment was widely expected to weaken further given the worsening inflation and interest rate outlook, the extent of the drop in consumer confidence is alarming…

“While household consumption expenditure still surprised on the upside in the first quarter of 2022, the dramatic deterioration in confidence points to a sudden slump in consumers’ willingness to spend, and foreshadows a significant slowdown in real consumer spending growth relative to the strong first quarter,” FNB said.

And this survey was conducted before Eskom pulled the trigger this week on Stage 6 load shedding, an event that is bound to dent consumer and business confidence even further.

Consumer confidence was higher in the face of the wave of riots and looting in July last year than it is now. Just ponder that for a minute.

Other data released on Wednesday also indicates that household liquidity in South Africa is drying up.

BankservAfrica Take-home Pay Index recorded one of its biggest annual falls in May, dropping 6.7%.

“With ever-increasing claims on the disposable income of households, consumers are likely to feel the strain in coming months,” BankservAfrica said in a statement.

Amid the doom and gloom, it seems that few will be turning to retail therapy in the coming months. DM/BM