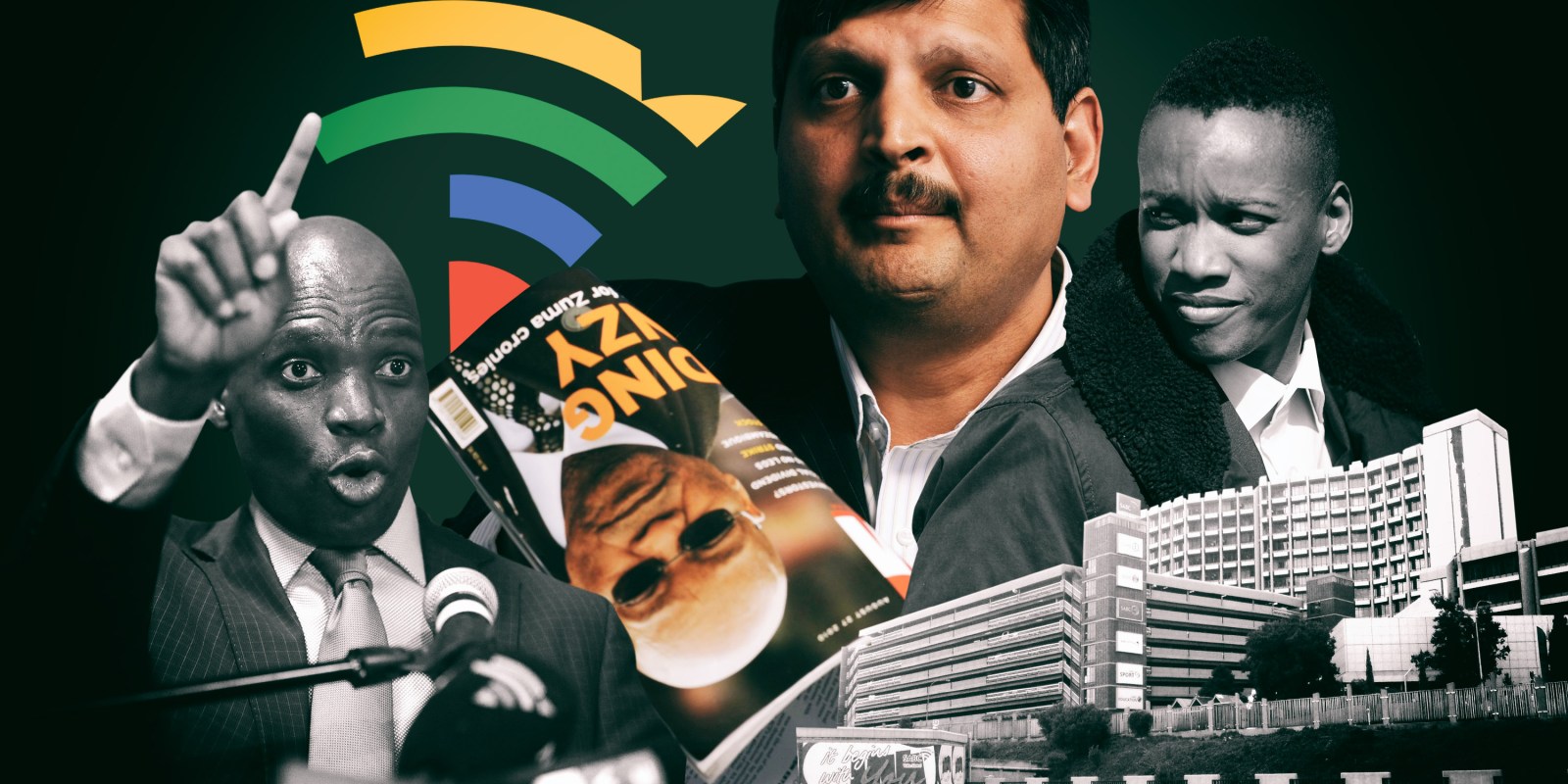 The final section of the State Capture inquiry report has placed former president Jacob Zuma at the centre of a scheme to enrich the Gupta family’s media empire through its sullied business dealings with the SABC that have cost the state-owned broadcaster millions of rands.

Zuma was found to have been instrumental in helping members of the Gupta family to launch their media companies, ANN7 television channel and The New Age newspaper, in 2010 and abusing his powers to channel lucrative contracts to the companies, helping them to be financially viable. The inquiry also heard during various testimonies that Zuma was actively involved in the editorial direction of ANN7 and The New Age newspaper.

And because of his unusual involvement in the media companies, while also being South Africa’s president, the State Capture inquiry has found that “there can be no doubt” that Zuma breached the Executive Ethics Code as he “abused his office for his own benefit, that of his son and that of his friends, the Guptas”.

“He [Jacob Zuma] placed himself in a situation of a conflict of interest and abused his position as the President of the country,” the State Capture inquiry report read.

Zuma’s “son” in this case is Duduzane Zuma, who was a business partner of the Gupta family and held a 30% shareholding in their media company called Infinity Media, which housed ANN7 and The New Age newspaper.

“President Zuma had enabled the extension of such business interests for the benefit of his son, Mr Duduzane Zuma. The Gupta family and in turn the President’s son, Mr Duduzane Zuma, benefitted from the relationship that the Gupta family had with President Zuma in that they entered into contracts with various State organs, and in particular the SABC, to the detriment of other potential competitors who operated within the same media space.”

The Gupta family, with the help of Zuma, entered into several business dealings with the SABC that were structured to disproportionately benefit ANN7 and The New Age newspaper over the state-owned broadcaster.

The Guptas’ business dealings with the SABC

There are two main business dealings. They are The New Age newspaper’s partnership with the SABC to host and broadcast business breakfast briefings that often paraded prominent government figures and the sale of SABC video archives to ANN7 at a substantial discount and without following proper procedures.

The State Capture inquiry found that the SABC carried most of the costs to produce and broadcast The New Age newspaper business breakfast briefings while the Gupta media companies derived financial and exposure benefits.

The New Age newspaper’s business breakfast briefings ran from 1 April 2011 to 31 March 2017. The contract between The New Age and the SABC for briefings was extended several times — the extensions of which were often not in line with National Treasury’s procurement processes. Former SABC COO Hlaudi Motsoeneng, a close ally of Jacob Zuma, was one of the individuals implicated in the contract extensions.

The State Capture inquiry has also recommended that the SABC should consider instituting civil proceedings against The New Age newspaper (mainly the Guptas) and Infinity Media (including Duduzane Zuma) to recover all the costs incurred by the state-owned broadcaster concerning the business breakfast shows.

In another incident, Nazeem Howa, who led the Gupta family’s businesses, wanted to buy 2,000 minutes of archival footage from the SABC for ANN7. The SABC’s normal pricing for the footage is set at R100 per minute but was eventually sold to ANN7 for R70 per minute — a discount of R30. Howa parlayed his connections with SABC heads, including Motsoeneng, to get the discount. The SABC was meant to be paid R420,000 for the discounted footage but it never received the payment.

The SABC was robbed of potential billions of rands in digital revenue when it opted to support pay TV giant MultiChoice in 2013 relating to South Africa’s migration from analogue to digital broadcasting.

Former SABC COO Motsoeneng went ahead with relinquishing the state-owned broadcaster’s bigger role in the move to digital broadcasting by bringing on MultiChoice, protecting the company’s commercial territory. If the SABC had acted in accordance with government policy on the migration to digital broadcasting, the state-owned broadcaster would have been able to provide subscription-based programming via encrypted set-top boxes to South African consumers. But Motsoeneng bullied SABC executives into adopting a position against encryption – ensuring that MultiChoice’s dominance of the pay TV market would be entrenched.

For his role in the wasteful contract extensions of The New Age newspaper’s partnership with the SABC, the State Capture inquiry has recommended that Motsoeneng face an investigation by law enforcement agencies to prosecute him. DM