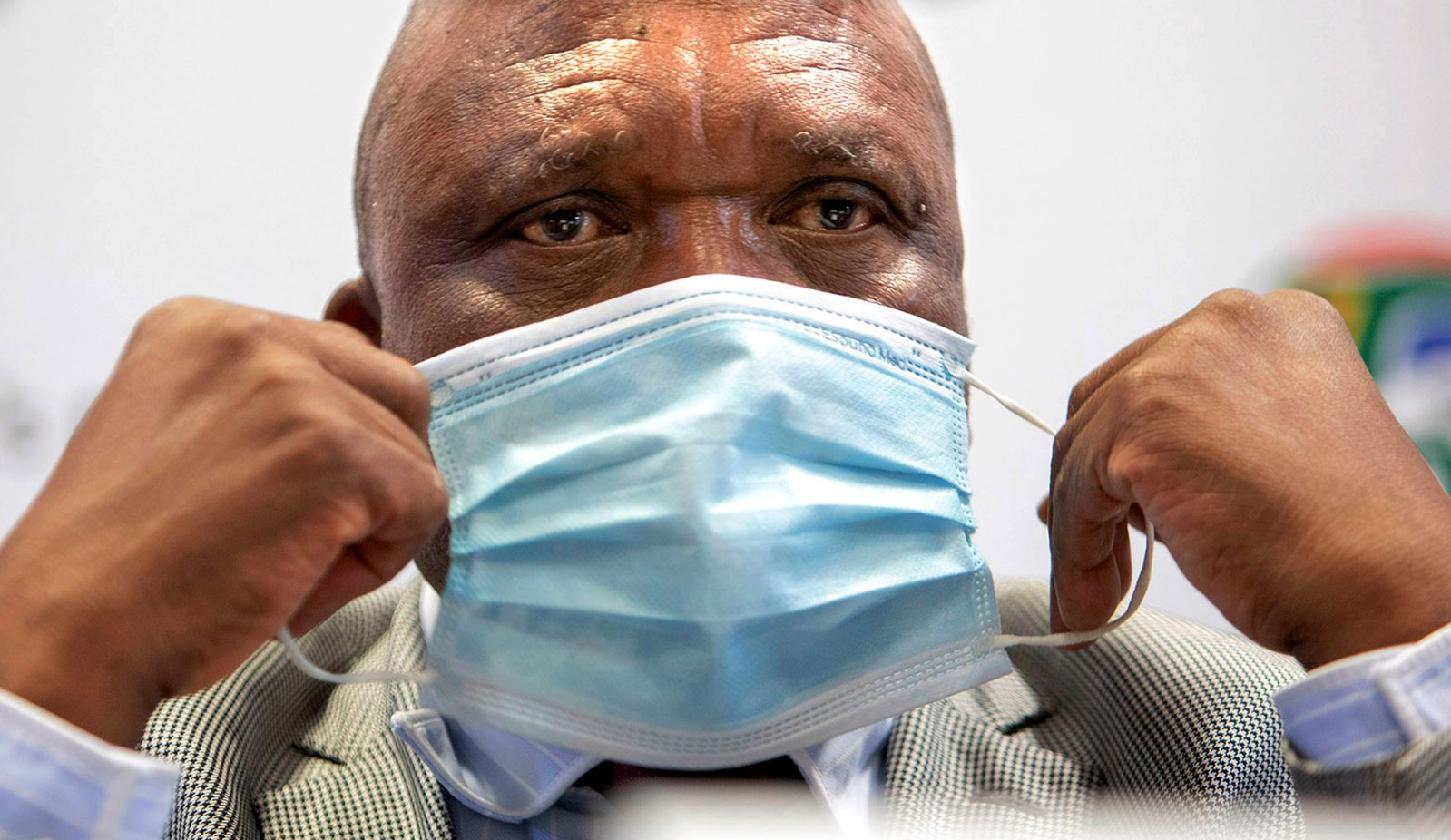 The Minister of Health, Dr Joe Phaahla, on Thursday morning confirmed that it was no longer compulsory to wear masks indoors, as had been the requirement since the global outbreak of Covid-19 in 2020. He added that old age homes, schools and shops will have to decide if they make mask-wearing a continued condition of entry.

The Minister of Health, Dr Joe Phaahla, on Thursday morning confirmed that the wearing of masks indoors was no longer compulsory but added that he was encouraged by members of the public who still want to wear theirs.

The compulsory wearing of a cloth mask was introduced in March 2020 when President Cyril Ramaphosa first declared a state of disaster when the first case of Covid-19 was found in South Africa.

Other interim regulations relating to gatherings and travelling were also repealed.

Speaking at a press conference on cabinet decisions, Phaahla said that they were still receiving comments on highly controversial draft regulations that will determine how the country deals with further outbreaks. These, amongst other measures, include that people can be compelled to be tested and be held at health facilities if they test positive by an order of court.

Phaahla said his decision to repeal the regulations was motivated by a significant drop in Covid-19 cases, deaths and the national infection rate.

On Wednesday the NICD reported 1,028 new cases of Covid-19 in the country with a 5.3% positivity rate and 57 deaths due to Covid-19 related complications, of which six occurred in the past 24 hours.

He added that the Omicron variant, that drove the fourth wave of infections in the country, late last year, also contributed to increased natural immunity as it spread fast among communities.

Phaahla said he was optimistic that Covid-19 was becoming endemic in South Africa and will remain that way.

He said the repealed regulations don’t mean that it will now become illegal to wear a mask but only that it is now up to each person to decide. He said he had listened to interviews with people on the radio on Thursday morning. “Many of them said: ‘I am not ready to drop the mask,’” Phaahla said.

“The wearing of masks is helpful to prevent respiratory infections,” he added.

He said the country has not reached 70% coverage of the Covid-19 vaccine for people over the age of 12, except for the age group over 70 where 70.1% of the population are now vaccinated against the disease.

Phaahla, however, stressed that it would still be up to the owners of shops, old age homes and the governing bodies of schools to decide whether they would make the wearing of masks a condition of entry. DM/MC