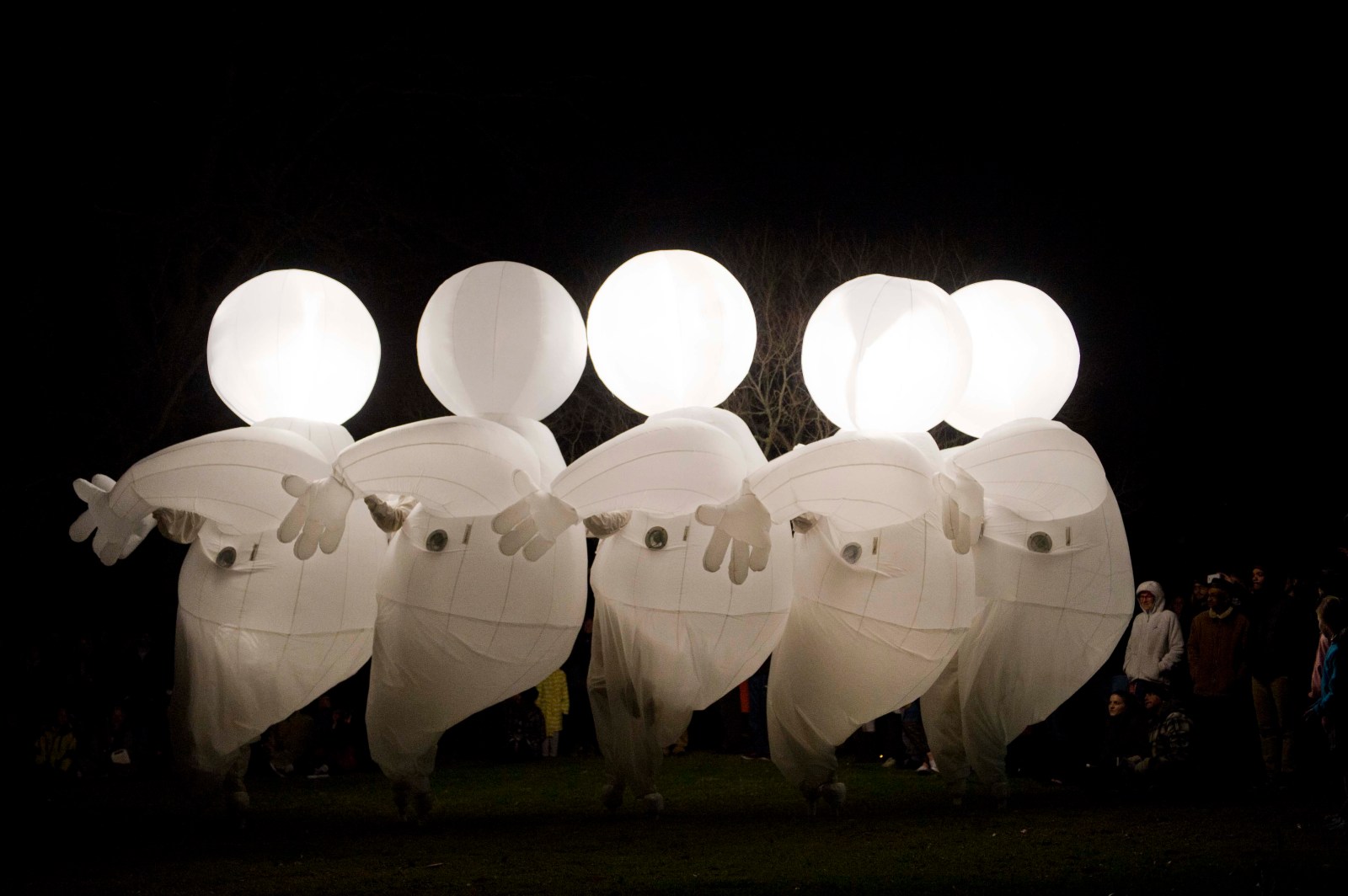 From 23 June until 3 July, the National Arts Festival is back in person in Makhanda, after being featured online for the past two years during lockdown.

Makhanda is still standing; it might be full of potholes and the water supply is intermittent, but there’s a plethora of good cafés serving coffee better than you can get in Cape Town, and bakers making sourdough bread and stores with free-range eggs and kudu pies.

But before you get to the ticket queue at the festival, here are some suggestions for what you can book and look for.

First up, before you start riding the emotional rollercoaster through dark halls where possibly life-changing reflections of human existence are enacted, steady yourself with the meditative quietude of the visual arts.

At the very start of the festival, in the Monument at midday on Thursday 23 June, Usha Seejarim will take you through her exhibition of the domestic objects she uses in intriguing ways to reveal layers of meaning within the everyday. Recognised and curated for numerous exhibitions abroad since her undergrad studies at the University of Johannesburg in the ‘90s, and a Master’s at Wits 14 years ago, Seejarim is on the main programme.

Then Whistleblowers, a play about hockey, with Rob Murray and Quintijn Relouw, who we last saw at the Amsterdam Fringe together with Alësha Ovsiannikov as a sublime clowning duo mourning the loss of their friend, the balloon. At the time Rob was directing Piet se Optelgoed, the dark, absurd masterpiece by Liezl de Kock (currently Tanya Visagie in 7nde Laan), also at the Amsterdam Fringe.

My Weight and Why I Carry It sounds heavy yet it’s about a bikini, that skimpiest of clothes. Directed by Ingrid Wylde and rooted in the Eastern Cape (having done fantastic work providing the grounding for a number of our best actors through UBOM!), it is performed by Rhodes Master’s student Tasmin Sherman.

In Bloke & His American Bantu, writer Siphiwo Mahala and veteran actor Sello Maake Ka-Ncube team up again. This time Maake Ka-Ncube is directing. It is an ambitious play, of the friendship and exchanges between Bloke Modisane and Langston Hughes, both intellectuals on either side of the Atlantic in the ‘60s, performed by Anele Nene and Josias Dos Moleele.

Kamphoer – die verhaal van Susan Nell, features another one of South Africa’s most celebrated actors, Sandra Prinsloo. Adapted from two books, non-fiction and romance, Lara Foot, who has directed many impressive plays, directs this story about a woman raped in a Boer war concentration camp, through to much later as a psychiatrist where fate delivers her rapist to her as a patient. It’s now World War 1 and he’s suffering shell-shock.

Naftali and the Royal Family will soothe your beating heart with melodies fused from East, West, and South Africa and a voice from Mamelodi. ‘Revolutionary’ is a term applied, as is ‘rich in detail’. And it’s not pop.

The Market Theatre is an iconic space for innovative, groundbreaking productions, and back in the day gave the Apartheid state the middle finger. The Market Theatre Laboratory has been incubating theatre practitioners for years; some of our finest talent has been through its doors. So Johnnie Motsamai, written and directed by lab alumnus Thabang Kwebu, should be on your ‘to see’ list. This is an ode to Ntate Sol Rachilo, the poet, playwright, and social activist while he is still alive.

For some comedy that is not the usual stand-up (we’ll leave you to your own devices there — except we can recommend Rob van Vuuren if you need a pick-me-up), go watch ÎLE, by the wonderful Sophie Joans, who is directed by none other than Rob van Vuuren. It’s about staying too long in one place, in this case, one’s childhood home in Mauritius.

Spaza (Mushroom Hour), a rotating recording ensemble of jazz, Afro-funk and experimental electro musos from Johannesburg, is up at the Black Power Station, which is where Rhodes students used to host their own raves in the 90s, health and safety be damned. The venue is all safe now, thanks to NAF.

Note, this list is not in chronological order. DM/ ML

This story was first published on The Critter and has been edited.
For more information on the National Arts Festival, click here.