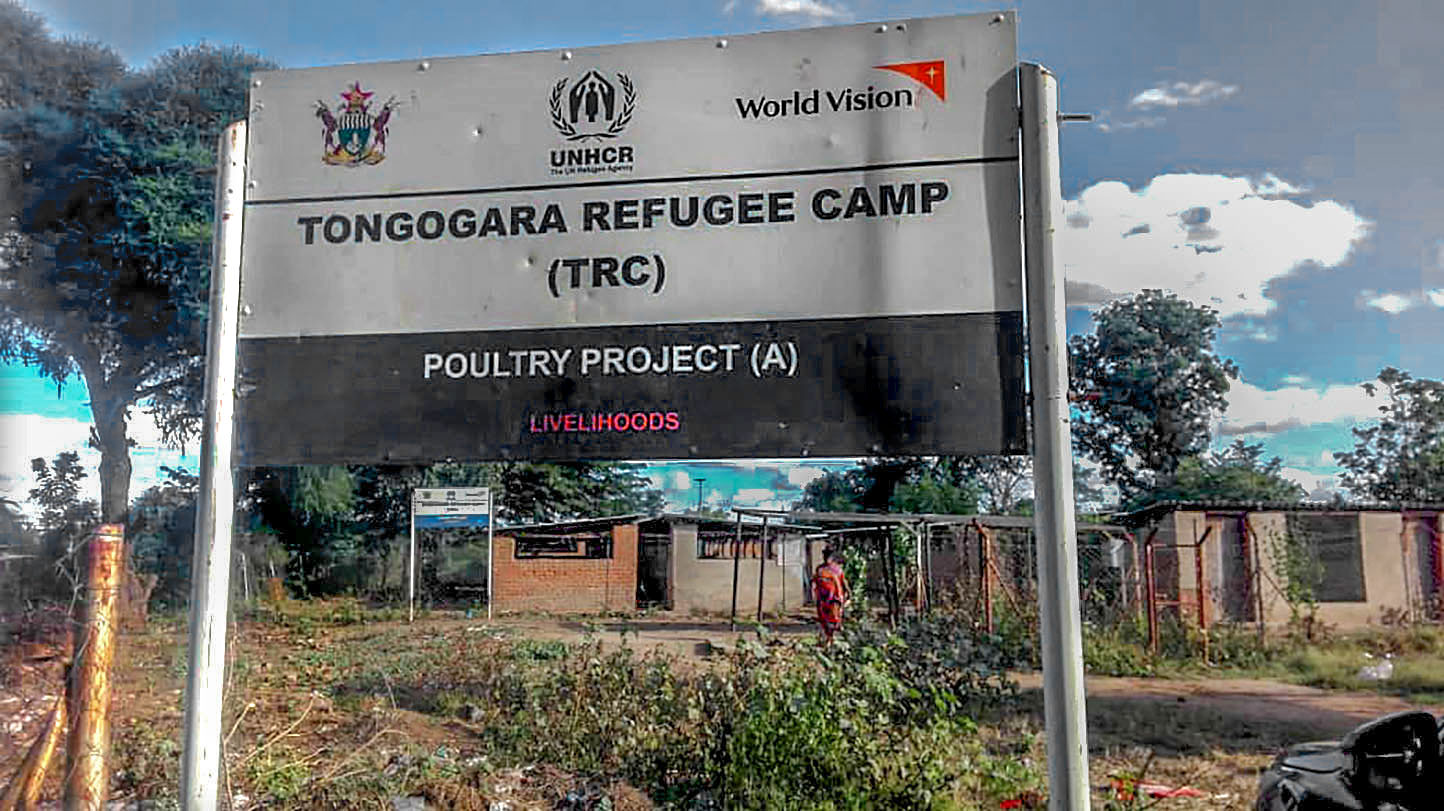 Doctors Without Borders has launched a new mental health intervention at Tongogara Refugee Camp in Chipinge, Zimbabwe. The camp houses nearly 15,000 refugees from regions such as the Democratic Republic of Congo, Rwanda, Burundi and Somalia. (Photo: Facebook)

Many residents of Tongogara Refugee Camp in Chipinge, Zimbabwe — home to nearly 15,000 refugees — have endured conflict, loss and trauma. A Doctors Without Borders mental health intervention is seeking to build resilience and healthy coping mechanisms among residents, through psychosocial and recreational activities. (Trigger warning: This article makes mention of sexual assault and rape.)

A Doctors Without Borders (Médecins Sans Frontières/MSF) mental health intervention at Tongogara Refugee Camp in Chipinge, Zimbabwe, is building community resilience among those housed at the camp. The intervention, which began in January 2022, is set to run for two years.

Nearly 15,000 refugees reside at the camp. Many have fled conflict and unrest in the Democratic Republic of Congo (DRC), while others hail from countries such as Rwanda, Burundi, Somalia and Ethiopia, according to Doctors Without Borders.

In its first six months of operation, the mental health programme has seen a positive response among those living in the refugee camp, according to Janet Mukurumbira, the MSF mental health activity manager at camp.

Mukurumbira, a clinical psychologist, is responsible for defining, coordinating and monitoring all mental health-related activities that form part of the project.

Read in Daily Maverick: Refugees camp outside Pretoria UN offices demanding to be moved out of SA

“Our main aim as MSF is really to just try and reduce [the refugees’] suffering — trying to improve their coping mechanisms and build community resilience,” she said.

“For most of them, they may not realise that they have already gone through a lot, and they are keeping on. And if we can collectively hold on to that resilience, we might build and have a hopeful future.”

The team behind the intervention includes a psychologist and a health promotions officer, who does most of the community engagement work. Much of the support for the initiative, however, comes from the residents of the camp, with “supporters and champions” from within the community volunteering to expand and run aspects of the programme, according to Mukurumbira.

The activities that form part of the mental health programme are not generated by Doctors Without Borders, but rather defined and listed by residents of the camp, explained Mukurumbira.

“What we did when we came in, we engaged the community population, sensitised them to our programme… and we also gave them an opportunity to suggest what kind of activities they would want to engage in,” she said.

“In this process, we identified community leaders who are well-structured people within the community, who are able to then pinpoint from different nationalities within the camp people that we can work with, and these are the people that we’re now calling our champions and supporters.”

The supporters within the community identify others within the camp who can benefit from the intervention’s activities, as well as those who might be at risk of developing mental health challenges.

Participating community members run activities for others based on their particular skills. These activities include knitting, painting, sports such as basketball and volleyball, and “a variety of more defined support groups that cater for the different groups that we find in this community”, said Mukurumbira.

“The main activities are psychosocial and recreational activities. We also provide some non-specialised care for those who are in need,” she continued.

Doctors Without Borders is in the process of constructing a centre in the camp for psychosocial and recreational activities. It is on track to open by the second week of July 2022.

“It’s really a space we are creating for the community to come and find a space to interact with others and also learn [from] and build each other when it comes to resilience, and also just strengthening and learning life skills,” said Mukurumbira.

Many of those residing in the camp have escaped conflict zones and experienced loss, according to Mukurumbira. They have endured loss of property, separation from family members and identity issues due to the human rights violations that occurred in their home countries.

“Even during the journey of coming to the host country, it’s also gruesome experiences that they have. These are some of the common traumas that you find in the camp population,” she said.

One of the supporters of the mental health programme, 47-year-old Freidrick*, was violently displaced twice while living in the Democratic Republic of Congo. The second time, in 2008, both he and his wife were sexually assaulted by members of a rebel group, while his son was physically abused.

“My wife and son managed to escape during the fiasco as the rebels were focusing on torturing me,” said Freidrick, in a written account provided through Doctors Without Borders. “Whilst arrested, I got sick and I was convinced I was going to die. As time passed, I lost all hope of being alive, and to think that they separated me from my family, I got shattered.”

Later, Freidrick managed to escape to Harare, Zimbabwe, where he was reunited with his wife and son. All three were relocated to Tongogara Refugee Camp in 2009, and have lived there ever since.

“In order to occupy my mind and to earn a living, I resuscitated my carpentry passion and opened a hardware [store] called Good Morning,” said Freidrick. “I can now provide for my family, supplementing the pay-outs that we are given by the government. I am also a pastor in the camp, preaching hope to those in distress.

“Despite some chronic pain I have because of the abuse in the DRC, I am happy that I was reunited with my family and living in peace.”

Another camp resident, Nicoletta*, fled to Zimbabwe with her four children due to the war in the DRC. The family lost all their belongings, and Nicoletta lost her job as a counsellor for a child protection organisation.

“The trauma of being gang-raped by four militiamen on two different occasions when they broke into our home, in the presence of my children, is still fresh,” she said, in a written account provided through Doctors Without Borders.

“Culturally, in my country, when a woman has intercourse with another man, even through rape, her in-laws do not accept her. The feeling of rejection coupled with the trauma from abuse from war made me decide to flee from our home.”

It has been 11 years since Nicoletta took up residence in Tongogara refugee camp. She remains afraid to leave the camp, and has not been able to find a job due to her refugee status in Zimbabwe.

“However, I enjoy having counselling sessions with young mothers in the camp, giving them hope as they feel that their life is bleak. It is therapeutic for me,” said Nicoletta.

“They have… welcomed the fact that we… are making it a very participatory project and we are involving them,” said Mukurumbira. “We do this also in cognisance of the fact that when our project lifespan ends, we would want them to still continue running this project.”

Monday, 20 June, was World Refugee Day. According to the United Nations Refugee Agency, 89.3 million people worldwide had been forcibly displaced at the end of 2021. Of these, 27.1 million are refugees, around half of whom are under the age of 18.

In Africa, there are around 30 million internally displaced persons, refugees and asylum seekers. DM/MC

*Freidrick and Nicoletta chose to provide only first names.