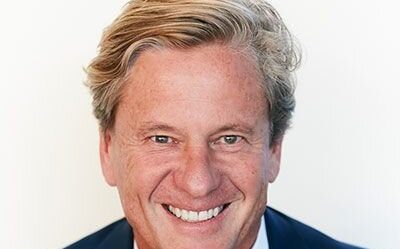 The Minister of Home Affairs’ five-year ban and demand for an apology from a Lithuanian actress who falsely claimed asylum in South Africa to attend a party of a local billionaire Rob Hersov in May was a display of laudable sticking to laws and rules.

Especially so, considering that Ieva Andrejevaite lied, attempted to bluff and threaten her way into South Africa without the requisite visa and “spoke ill” of the country in a court application her lawyers filed later for the return of her passport when the party was over.

Had the 34-year-old Andrejevaite not arrived at Cape Town International Airport on board a private jet belonging to the Ukrainian-born, “British-American” oligarch Sir Len Blavatnik, she most likely would have found herself at the Lindela Repatriation Centre for undocumented migrants in Krugersdorp.

Instead, the minister of home affairs, Aaron Motsoaledi, said South Africa had demanded an apology from Andrejevaite, declared her persona non grata for five years and ordered that she pay the legal costs of her application.

Billionaire entrepreneur and private investor Rob Hersov’s “Hersov 100” bash (he turned 60 and his New-Zealand-born wife Katie 40) took place at several venues in Cape Town over three days of the first weekend in May.

At the party were billionaires, investors, bankers, financiers, European “aristocracy”, professional golfers, tech unicorns, rock stars (Keith Duffy, a former Boyzone band member, if you must know, as well as Swede Ulf Ekberg, formerly of the group Ace of Base), hedge fund overlords, political rock stars and US “Redneck Royalty” all clustered around the glamour couple.

The net worth (by their own account) of these billionaires? Gupta level plus.

It was Hersov’s personal legal adviser, Dale Smiedt, who rushed to Andrejevaite’s rescue, attempting, according to Motsoaledi, to “bully” an immigration clerk who had stood his ground, before filing an official asylum claim.

As a signatory to the UN Convention of 1961, South Africa, said Motsoaledi, was obliged to process the actress’s request and had given her five days to report to any of the country’s refugee centres. In the meantime, her passport was confiscated.

A statement from the department last week set out that, “At no stage, during her stay in the country, did Ms Andrejevaite attempt to apply for asylum. As such, she became an illegal foreigner, as defined in the Immigration Act, because the five-day period lapsed.”

The department added, “Instead, images of her attending a party in Cape Town hosted by Mr Rob Hersov surfaced on numerous publications and social media platforms.”

Hersov, the founder of Invest Africa, has been very vocal in encouraging the moneyed elite to procure second passports for their offspring and to consider leaving the country.

He is the son of former Anglovaal chairman Basil Hersov and returned to South Africa in 2018 after three decades of living abroad.

In her fraudulent affidavit to the Western Cape High Court, Andrejevaite claimed that out of all the guests, she had been the only one who had had a “dual intention” of seeking asylum.

Smiedt, representing the actress – who starred in the 2015 UK satirical crime thriller Kill Your Friends – in her high court bid, claimed unspecific threats “related to the war in Ukraine” as the reason for her dramatic move.

However, there is little evidence on Andrejevaite’s Instagram feed to suggest any deep or engaging interest in global politics or activism. Her 15K-odd followers are treated mostly to soft-lit selfies of the actor accompanied by dogs and friends and posing with flowers and plants.

One of the Hersov events in May was a seated dinner for “strictly 220 people”.

Priority was given to “all the internationals who have flown in from around the globe”. In a note sent to invitees, Hersov politely informed them: “If you have not been notified, unfortunately you cannot attend.”

Among invited VIP guests were Hong Kong tycoon Silas Chou, Sanjeev Gupta who “keeps Rob in check” and who is currently being investigated by the UK’s Serious Fraud Office against the tycoon’s GFG Alliance, and billionaire Christo Wiese.

Andrejevaite, however, does not appear among the more than 100 names on the four-page VIP A-list.

All of the passengers aboard Blavatnik’s jet were bound for the Hersovs’ party.

Blavatnik reportedly objects to being labelled an oligarch despite making his fortune off the sale of oil and aluminium assets after the collapse of the Soviet Union. While he left to live in the US before the Russian rush on state assets, he was there to cash in when it all went down. (Which he did exceptionally well.)

In 2011, Blavatnik purchased Warner Music for $3.3-billion and took the company public in June 2020 at quadruple the value.

Hersov is wildly popular on the international “talk” circuit where he is a vocal and sometimes crude critic of the government of South Africa.

Motsoaledi and the country’s patience with regard to Andrejevaite’s illegal application by Hersov’s lawyer and despite the bullying and considerable pressure placed by the rich and powerful on an official, has highlighted the amorality of those who would use a devastating war as an excuse to attend a lavish party. DM