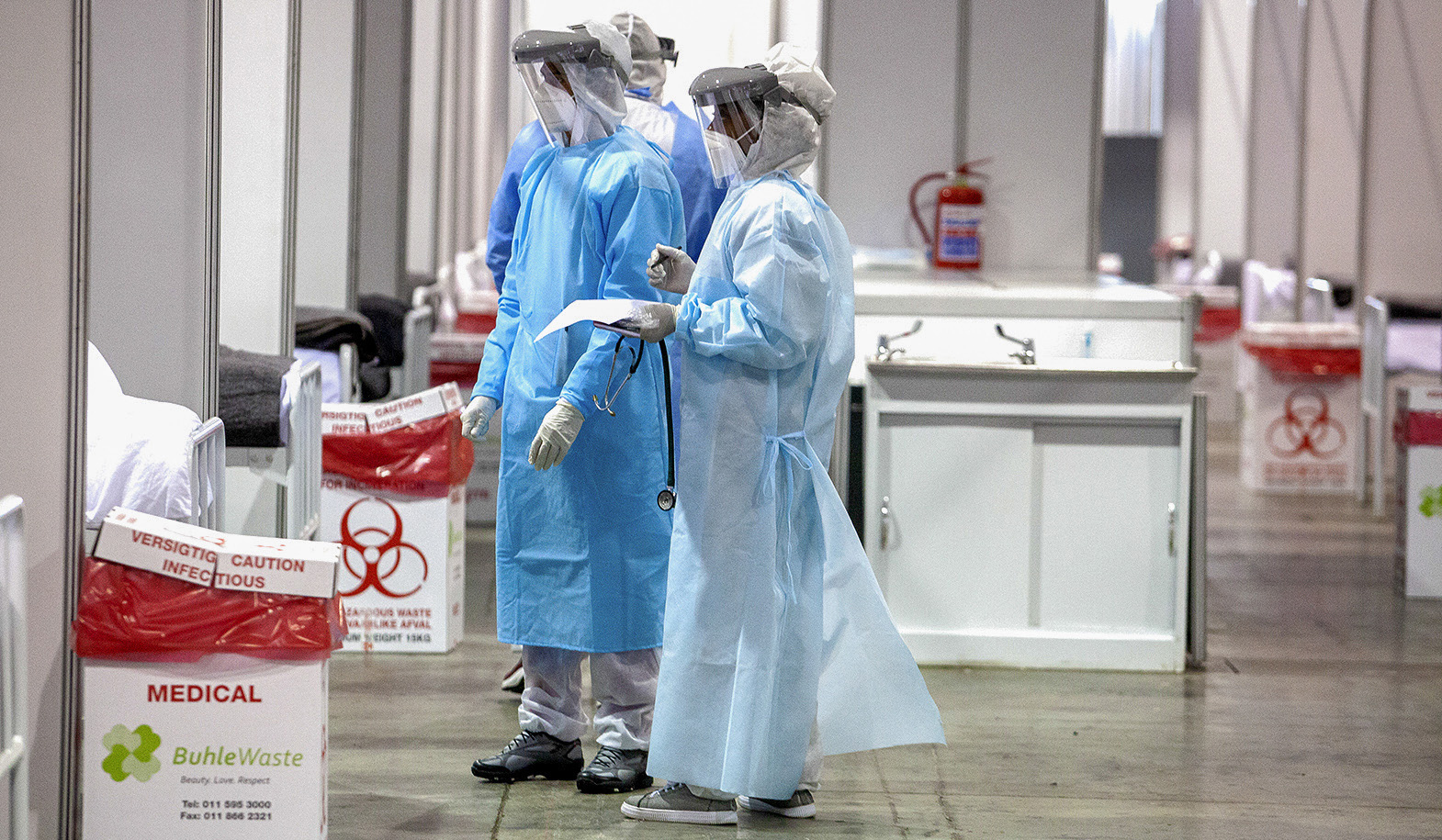 The deplorable treatment suffered by Dr Tim De Maayer is not an isolated incident but forms part of a broader pattern whereby politics and patronage routinely trump the government’s commitment to healthcare workers.

The headline-making persecution of paediatrician Dr Tim De Maayer is part of a wider trend whereby principled public sector healthcare workers are often abandoned to the whims of managers who are vindictive, incompetent, or both. Add the slow movement on South Africa’s healthcare worker policy, the poor management of the Health Professions Council of South Africa and the short shrift given to healthcare workers’ concerns about National Health Insurance, and the picture that emerges makes a mockery of the government’s talk of valuing healthcare workers.

In his recent Budget Vote speech, Health Minister Dr Joe Phaahla said: “I wish to take this opportunity to express our gratitude to our gallant health workers who have been and still remain the frontline warriors against the Covid-19 pandemic, just as they have done so against HIV and Aids, TB and non-communicable diseases.

“They have risked their own health and their families’ health, and many have paid with their own lives. We paid tribute to them and their families, and may the souls of these compatriots who lost their lives to this pandemic, including health workers, rest in eternal peace.”

Phaahla is not alone in expressing such lofty sentiments. The President, former health ministers, premiers and MECs for health have all claimed to value our healthcare workers.

And yet, much government action in recent years suggests the opposite.

First, take some individual cases. As widely reported in recent weeks, paediatrician Dr Tim De Maayer is being persecuted for raising the alarm about the crisis at Rahima Moosa Mother & Child Hospital. The situation echoes that which was faced by Professor Ebrahim Variava at the Klerksdorp Tshepong Hospital in 2020. In 2014, community healthcare workers in the Free State were arrested and convicted, essentially for attending a peaceful protest – their convictions were eventually overturned in 2016 after a lengthy court battle.

De Maayer, Variava and the community healthcare workers in the Free State had widespread support and their cases were prominently covered in the media. Spare a thought for healthcare workers who do not have these levels of support.

What these cases show is that, despite how much healthcare workers are supposedly valued, they are often not valued as highly as the people – often cadres or cronies – who are appointed to manage them.

One could understand healthcare workers in the province feeling abandoned by the government. As the crisis built over the last year, the state was essentially paralysed because of the rank incompetence of the Gauteng Department of Health and Department of Infrastructure Development. Those in power may at some level have wanted to support healthcare workers, but not if it meant taking on entrenched patronage networks.

Third, consider the appointment last year of Dr David Motau as registrar of the Health Professions Council of South Africa (HPCSA) – the body responsible for the registration of healthcare workers in South Africa. Mere weeks after Motau’s appointment, he was suspended after appearing in court in connection with allegedly fraudulent payments relating to his time as head of the Free State Department of Health. The suspension was lifted and then reinstated. It was a messy course of events that could and should have been anticipated.

We are mentioning Motau here since the HPCSA is a particularly important entity for healthcare workers, but similar arguments can be made about the appointments of various heads of health departments or other senior health leaders. With few exceptions, even now, there appears to be a remarkable lack of seriousness when appointing people to key leadership positions in our health system.

The above is of course not the whole picture. Some provincial health departments are better run than others. Some hospital CEOs and district managers are doing remarkable work under difficult conditions. Even so, the problems are varied enough and widespread enough to suggest that there are systemic issues underpinning the state’s neglect of healthcare workers.

The government’s failure to provide sufficient management and administrative support to healthcare workers is one aspect of the problem. Another aspect is the disregard for healthcare workers in some policymaking and legal reform processes. Positive exceptions, such as the relatively inclusive way in which government develops its tuberculosis policies, are just that – exceptions.

When Cyril Ramaphosa became President there was some hope, maybe naive hope in retrospect, that South Africa’s new dawn would see a decisive turn away from patronage politics toward a greater seriousness about building a capable state that leverages the health capacity we have in the country. In the health sector, a Presidential Health Compact was to be one of the first steps in this process, but as stated in one recent report, “Many participants argued that while the intent [with the compact] was good, the process was not consensus-based but rather sought the acquiescence of stakeholders to government’s position.”

This sense that healthcare workers are not being heard is also apparent in the way in which the discourse and law-making process around National Health Insurance (NHI) have unfolded. Despite various submissions and concerns raised by groups representing healthcare workers, the ANC MPs who dominate the health committee seem hardly to have wavered from the course they set more than two years ago.

All this is set against a backdrop of chronic healthcare worker shortages and often unacceptably difficult working conditions at public sector healthcare facilities. In South Africa’s Human Resources for Health (HRH) Strategy 2030, the government has a plan for addressing these issues, but all indications are that the strategy is gathering dust. Just imagine if those in power spent the same level of political capital on the funding and implementation of the HRH strategy as they do on NHI.

Ultimately then, the deplorable treatment suffered by De Maayer is not an isolated incident but forms part of a broader pattern whereby politics and patronage routinely trump the government’s commitment to healthcare workers – be it in policymaking, at specific health facilities, in provincial departments, at the HPCSA, or in Parliament. As long as those in power fail to face up to the seriousness of this diagnosis, whatever cures they propose for the dysfunction in our healthcare system will not get us very far.

Marcus Low is editor of Spotlight.