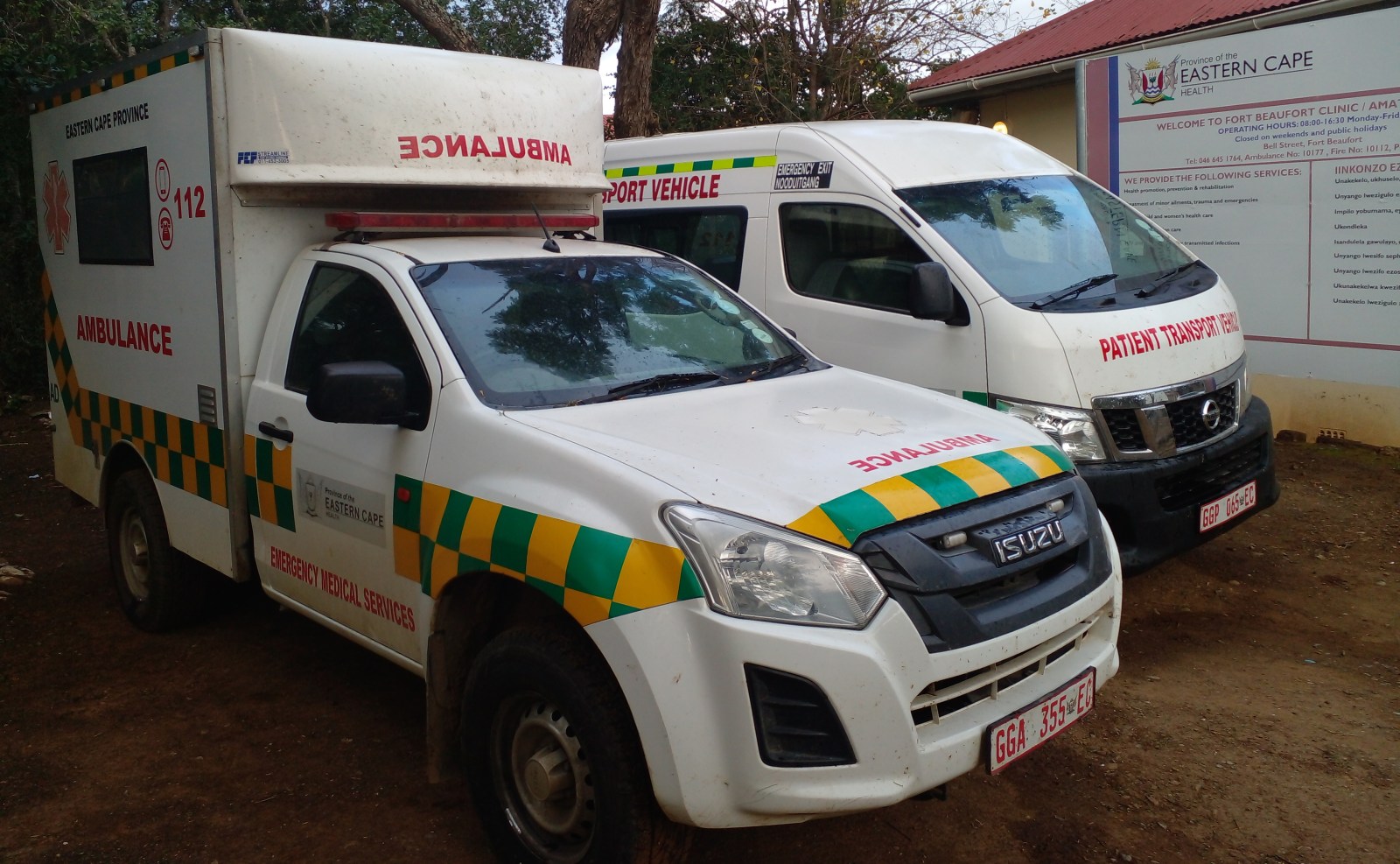 Ambulance vehicles stand outside the Fort Beaufort Hospital as paramedics in the region have been on strike for two months now. (Photo: Mkhuseli Sizani)

Civic organisation says vehicles are not adequately equipped for most emergency services.

Over 200 paramedics and other emergency medical staff meant to service the Amathole District, Raymond Mhlaba Local and Buffalo City municipalities have been reporting for duty but not working for two months. They are demanding better working conditions and adequate equipment.

In May, the department obtained a court order to end the unprotected strike but most workers still refused to work. The provincial health department then took the National Education Health and Allied Workers’ Union (Nehawu) to the Labour Court in Gqeberha on Friday. But judgment was reserved and the work stoppage continues.

Regional Nehawu coordinator Mzamane Mgwantashe, an ambulance worker based at Fort Beaufort Hospital, said, “We feel the pain of our communities, but we can’t gamble with people’s lives in ambulances not conducive to transporting patients. Should anything happen to the patient, our members would be held accountable.”

Another ambulance worker, who has been a paramedic for six years, told GroundUp: “The service we offer to the public is very poor. There are no machines to check diabetes and high blood pressure. Our radios don’t function because we work in rural areas where there are network problems. We use our [personal] cellphones to respond to the calls and to communicate with our control room.”

Workers also accused the health department of installing equipment in ambulances in order to get operating licences and then removing it soon after approval is given.

Zwelithini Mpembeni, Sanc chairperson in Ward 19, said the organisation empathised with communities currently without ambulance services, but he said the vehicles were in any case not adequately equipped to deal with most emergency cases.

Mpembeni said they requested an urgent meeting with MEC for Health and Premier Mabuyane to end the strike.

Mkhululi Ndamase, spokesperson for Health MEC Meth, said talks with union representatives had deadlocked. “The Department then approached the Labour Court and was granted an interim interdict. However, the striking workers have disregarded the interdict. They go to work but are not responding to calls which puts people’s lives in danger,” he said.

Ndamase said the strike is having a severe impact, particularly on poor communities. “The poor rely on us for their health needs. We condemn the ongoing unprotected strike in the strongest words possible. The action by employees in Amahlathi, Raymond Mhlaba and Qonce is illegal and goes against their code of ethics as medical professionals,” he said.

He said the department will be using private ambulance services to respond to “life-threatening” calls in the affected communities. DM