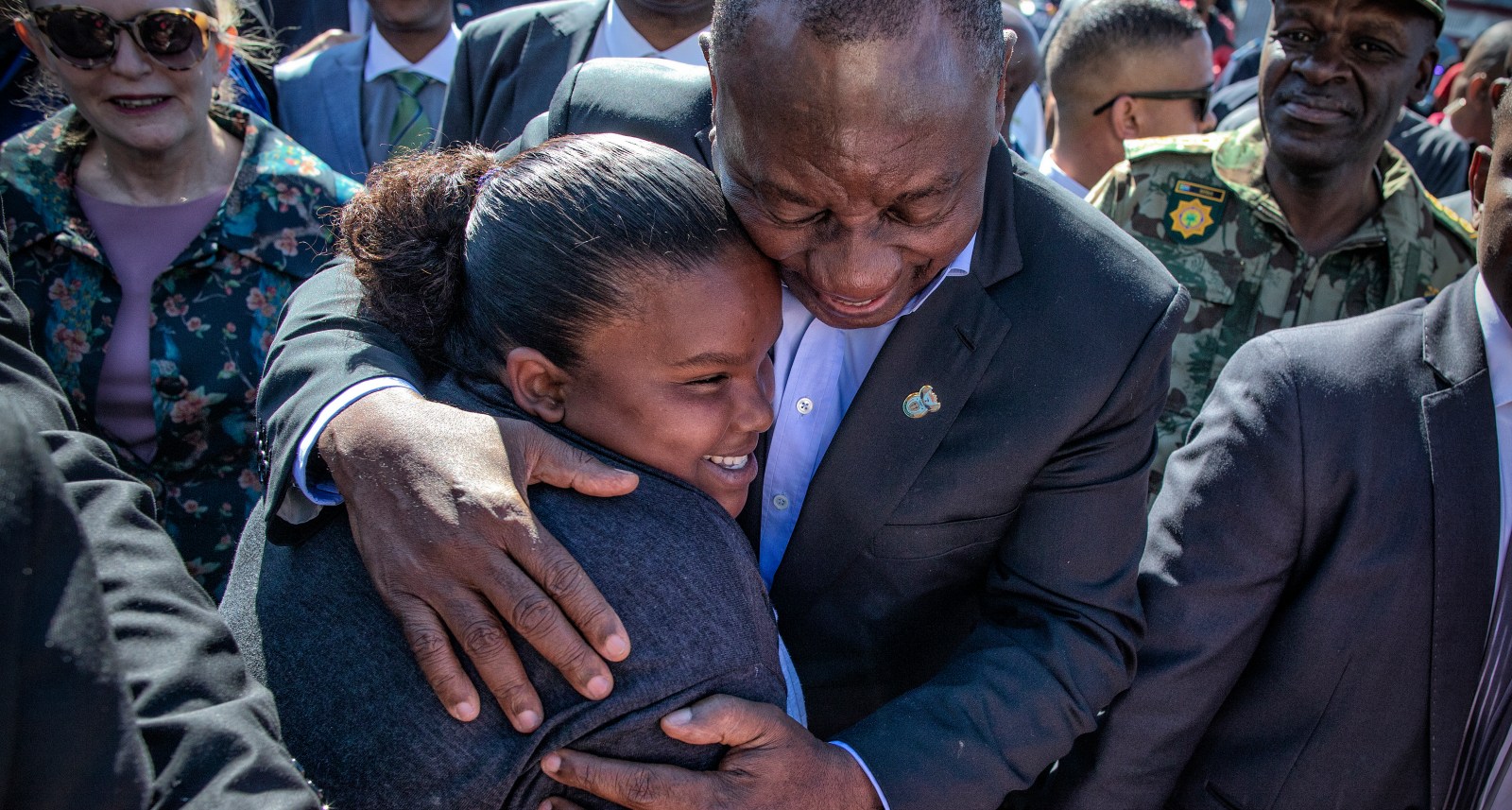 In his State of the Nation Address in February 2022, President Ramaphosa promised that in 100 working days, government, business, labour and civil society would develop a social compact to ‘grow our economy, create jobs and combat hunger’. Poignantly, the deadline to make the social compact public fell on Youth Day.

It comes at a time when Stats SA reports that 60% of youth aged 15-24 and 46.3% of those 15-34 years of age are unemployed. Apart from high levels of unemployment, South African youth are increasingly frustrated, despairing, anxious and depressed. When the impact of the three C’s (climate, conflict and Covid-19) is added to these dire statistics, the size of the task of the social compact becomes even more daunting.

In addition to, and because of high levels of unemployment, inequity in South Africa has grown. The International Monetary Fund reports that the Gini coefficient has risen since 1993 and that currently the top 20% of the population holds 68% of income while the bottom 40% holds 7% of income. As a consequence, many South Africans are going hungry – made worse by the Covid-19 pandemic during which unemployment rates rose significantly – with 46% of people in a survey saying that they and members of their families often went hungry.

All this comes at a time when South Africa was making significant gains, pre-March 2020, in increasing life expectancy and decreasing maternal and child mortality. Sadly, Covid-19 has reversed these trends as reported by Stats SA with a 3.1-year decline in males and 3.8-year decline in females between 2020 and 2021.

Poverty is often the reason that many cannot eat healthy foods, which is particularly a challenge for the rural poor who are largely dependent on cash transfers. This, together with inadequate resources to grow their own food, results in their reliance on purchasing largely highly processed food – similar to their urban counterparts. These factors conspire to result in under- and overnutrition, malnourished children and obesity – as well as increasing rates of diabetes and hypertension and other non-communicable diseases as found in the South Africa Demography and Health Surveys between 1999 and 2016.

How exactly will the social compact achieve the three goals set out by President Ramaphosa in the context of growing unemployment and increasing hunger, on the one hand, and increasing obesity, diabetes and hypertension, on the other?

Ways to address the food crisis

The first step is to deal with the current food crisis. A significant number of people, including children, are going to bed hungry. In addressing the food crisis with the necessary urgency, there will be a temptation to produce, distribute and incentivise the consumption of high-calorie, high-energy foods – often rich in sugar, salt and fats, similar to fast foods – which have negative implications for the planet.

Government should consider ways of addressing the current food crisis such as increasing cash transfers to the most in need, as well as increasing subsidies on nutritious food products – especially those produced with a sensitivity to their impact on the planet (such as plant-based foods), as well as increasing taxes on those that harm the planet and the health of people. These measures may also shape the eating behaviour of people – with a move away from sugary beverages and confectionery as well as fried foods, for example.

Promoting the buying and consumption of locally produced fruit and vegetables – and over time production of fruit and vegetables in home and community gardens – should be prioritised. This will require not only government interventions and support but also support of the other partners of the social compact.

Government spends a significant amount of money to provide food to public hospitals, schools and prisons for example, and could use its financial resources to procure healthy products that are produced in ways that are planet sensitive. Community leadership will help on the ground, as well as employers who provide and promote healthy eating in workplace canteens.

Businesses, especially those in the food and beverage sectors, can play a large role in dealing with the current food crises and in strengthening food security in the medium term. In the immediate term food retailers should be encouraged to reduce wastage and distribute near-to-expiry food to local communities in a predictable way in consultation with local community leaders.

What role can food producers and fast-food purveyors play in the medium to long term that protects the planet and provides healthy food options?

According to Forbes, fast food purveyors need to understand their impact on the planet through their contribution to carbon emission as well as use of water needed to produce their products. They should also consider the extent to which they use plastic products, reduce the use of salt and sugar in their offerings, stop discounting and pairing sugar-sweetened beverages with food and increase their offerings that are tasty, nutritious and do not harm the planet.

Everyone involved in the food supply chain who is a signatory of the social compact should commit to greater investment in the use of renewable energy, including the conversion of waste into biomass fuels, greater use of solar and wind energy. This may require government subsidies to those who switch to cleaner energy sources.

Reducing hunger, improving food security, reducing the stress of human consumption on the planet and growing the economy are not mutually exclusive but can and must be complementary activities. The social compact that the President promised must ensure that it does deliver these social goods so that we can deliver a healthy society.

As shown by the response to HIV/Aids, every good plan needs significant activism to make it happen. Civil society organisations and coalitions of like-minded people and organisations are needed to get from plans to actions and accountability. DM/MC