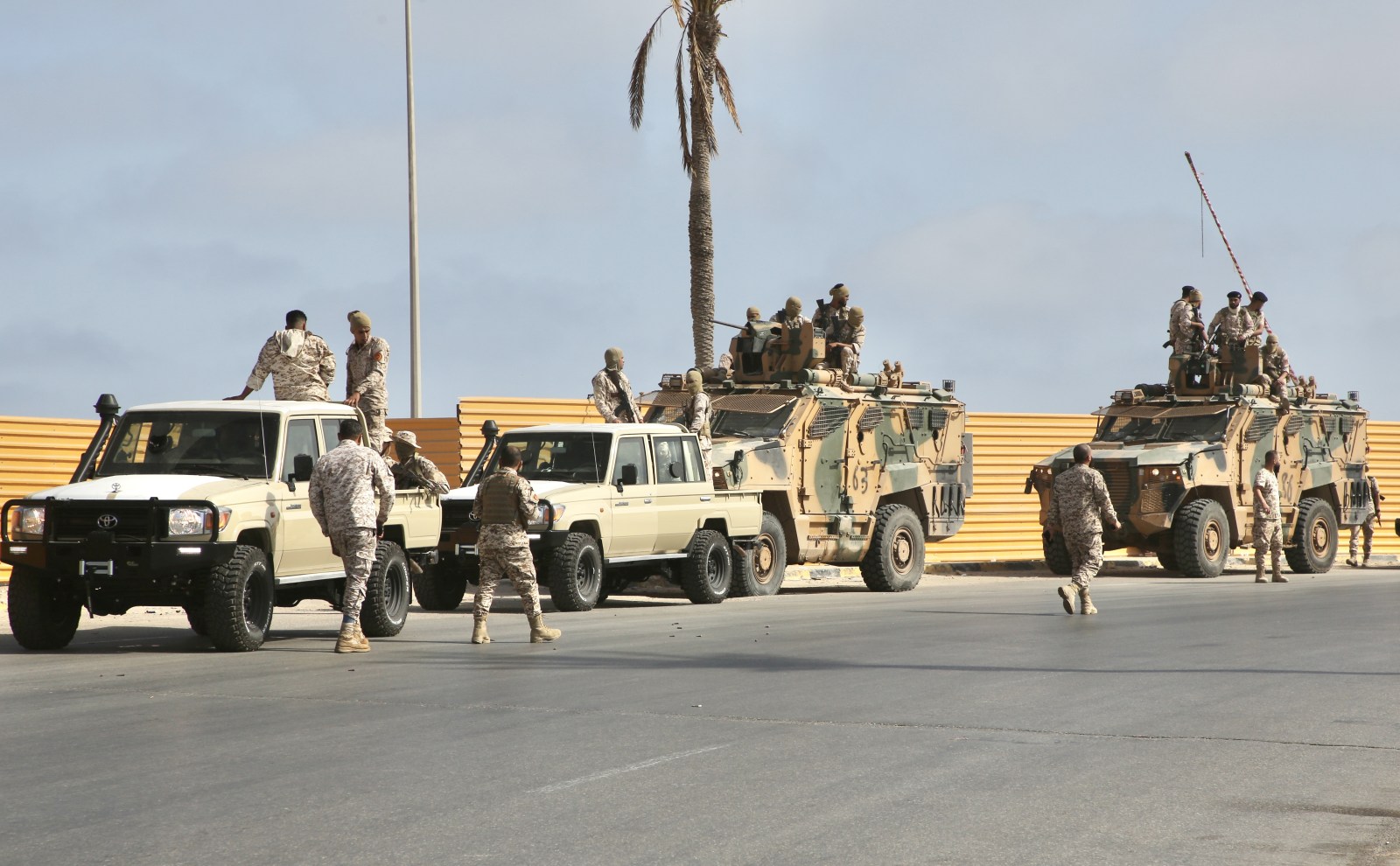 Once again, Libya is caught in a debilitating impasse between competing factions in Tripoli and Tobruk.

“Libya has two prime ministers. Again. Groundhog day,” Anas El Gomati, Director of Libya’s Sadeq Institute think tank, tweeted recently. Once again, the chronically troubled country has two rival governments: one in the west based in the capital Tripoli and another in the east, in Tobruk.

It’s as if 2021 has simply been torn from the calendar. Last year a consensual interim transitional government representing both east and west was formed, with a promise of presidential and parliamentary elections in December. But the rivals couldn’t agree on the polls, so Libya entered a familiar state of bipolar limbo.

In March 2022, the House of Representatives in Tobruk appointed former interior minister Fathi Bashagha as prime minister to replace Tripoli-based prime minister Abdelhamid Dabaiba. It said Dabaiba’s mandate as interim leader expired in December when elections were due. Dabaiba refused to step down, saying he would only do so for an elected administration.

On 17 May, when Bashagha entered Tripoli to instal his government, armed groups loyal to Dabaiba opened fire and one person was killed. He tried again early in June with the same result. Now he’s camped in nearby Sirte, poised for an unlikely triumphant entry into Tripoli.

Meanwhile not much is happening to resolve the impasse. The United Nations’ acting special representative for Libya, Stephanie Williams, is moderating seemingly desultory talks in Cairo with no visible progress.

Abdelkader Abderrahmane, Senior Researcher at the Institute for Security Studies (ISS), is pessimistic about prospects for resolving the crisis. This is partly because the international community is focused on Ukraine and isn’t adequately engaged in Libya.

Silvia Colombo, a Senior Researcher at the Nato Defense College in Rome, feels the same. “The most worrying thing is that the institutional framework, the roadmap that had been negotiated with so much pain, so much delay and many efforts by the representatives of the Libyan Political Dialogue Forum, has been completely scrapped. And there is no clear path today as to how to manage the situation in the short term and in the long term.”

She doesn’t blame one side more than the other for returning Libya to this old impasse. Bashagha claims the House of Representatives chose him as prime minister, and Dabaiba should relinquish power after failing to organise the 24 December elections. But, Colombo says, the House can’t make such a decision, being biased and corrupt with no popular mandate. And, she notes, the House leader did all in his power to derail elections and prevent Dabaiba from consolidating power.

Khalifa Haftar, the Tobruk camp’s military chief — many would say its real leader — shut down most oil and gas fields and export terminals in mid-April to weaken Dabaiba by denying him access to oil revenues.

All of this makes life intolerable for ordinary Libyans. But Colombo notes the current stalemate suits more people than one might think — a large elite. Though the recent skirmishes in Tripoli disturbed the peace, there’s been no return to the pre-2021 full-scale war. The regional and international actors engaged in the war before the ceasefire, and the Libyan Political Dialogue which led to the progress of 2021, also seemingly have no interest in resuming hostilities.

“And this is just an old sto2ry, a script many players in the country use to buy time,” Colombo says. “And on top of this is the fact that the international community, except for Mrs Williams, are not paying enough attention to Libya.” For the obvious reason. But also because some European countries, particularly France, had invested a lot in pushing Libya in the direction of elections.

The Ukraine war has also complicated the chances of getting all international players in Libya to plot a new course. Russia remains involved — still backing the Tobruk camp, mainly through its proxy, the Wagner private military company. It should be at any negotiating table, but Western powers would probably baulk at that now.

Colombo notes that the external-internal alliances have also shifted. For example, the United Arab Emirates and Egypt, which strongly backed Tobruk and Haftar against Tripoli, are much less enthusiastic now because Bashagha was key in preventing Haftar from seizing the capital in 2020. But these shifts aren’t advancing peace. And anyway, external actors are peripheral because Libyans should resolve the impasse, she believes.

The Tobruk and Tripoli camps are divided on the way forward. Tobruk wants a new government under Bashagha and polls to be postponed while both sides draft a new constitution. Tripoli wants Dabaiba to remain head of government while parliamentary elections are held, and a new government is formed. The question of a president could be decided later.

According to the International Crisis Group, the Tobruk side fears that holding parliamentary elections first could bring Islamists to power, who may never allow presidential elections. It says the new power-sharing deal and an electoral roadmap deserve consideration as long as they are properly negotiated and broadly endorsed.

But Colombo believes the political elites have found ways to live off the impasse, and elections could end all that. This, she says, is preventing progress in Williams’ Cairo talks. Although the deadlock isn’t sustainable, it could provide the opportunity “to change the framework entirely,” Colombo adds. Rushing to new elections isn’t the answer because even if the 24 December polls had occurred, they wouldn’t have solved Libya’s problem.

“What is lacking is an infrastructure of institutions that have common rules” — including electoral rules that all would abide by. Rival politicians have avoided setting that up “because this would mean putting a cap on their own partisan interests.”

She says if the international community could refocus on Libya and local elites are brought on board, everyone should return to something like the Berlin talks of 2020/21 and start afresh. Those talks brokered the October 2020 ceasefire and launched the Libyan Political Dialogue Forum. But a new dialogue would need a different, deeper mandate that focuses on building the institutions of democracy. DM