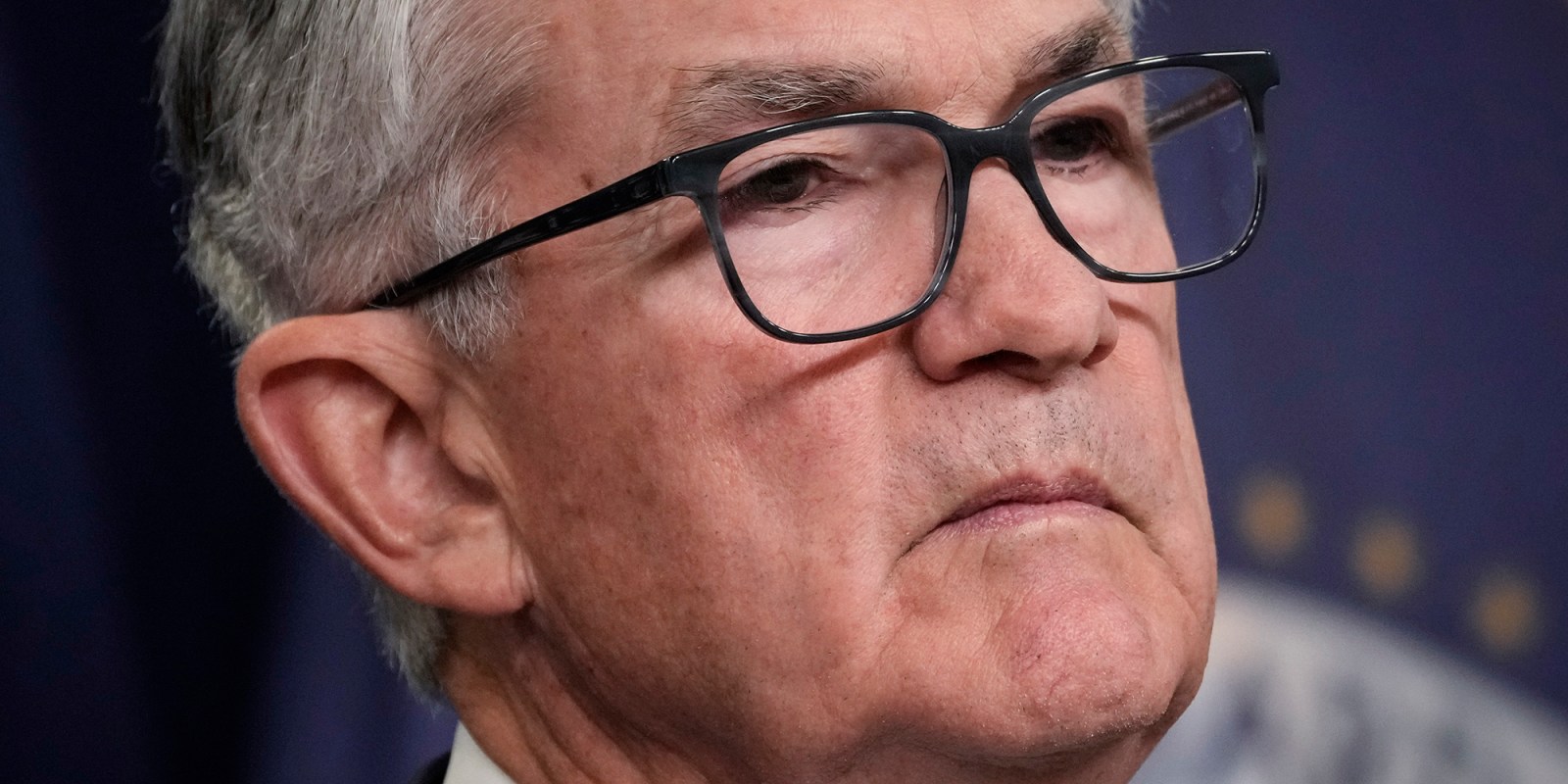 The US Federal Reserve departed from its planned interest rate path after taking fright at a much higher inflation number than expected. There are mixed views on whether this was the right move – even if it did meet market predictions – or if it will indeed dim price pressures.

It can be mesmerising to watch the financial markets respond to real economic events, with the past week proving particularly gripping watching the gyrations in stock markets, bond markets and cryptocurrencies unfold.

The moves have been outsized: US stock market indices plummeted into bear market territory, wiping off at least 10% in just a week to take them well past the 20%-mark decline considered a bear market; benchmark US 10-year bond yields (the world’s safe haven asset) rose to well in excess of 3%; and cryptocurrencies tanked.

All of this in the wake of what Fed chair Jerome Powell described as an “eye-watering” inflation number on Friday.

It was certainly an emerging market-like 1 percentage point month-on-month rise to 8.6% in May. Investors promptly factored in a much larger 75 basis point US rate hike than anticipated at the June meeting this week, seeing it as the central bank’s only option if it is to have any hope of stopping inflation in its tracks.

A mass selloff ensued, as investors repositioned their portfolios.

Powell met market expectations but drew mixed responses from global economists. UBS chief economist Paul Donovan described the Fed’s decision as a “Burns Bumble” because it was a response to external pressures. His statement is a reference to Arthur Burns who was Fed chair during the 1970s and unsuccessfully contained high inflation.

Donovan compared the latest decision to a “Volcker Shock”, when Burns’ successor, Paul Volcker, hiked interest rates in the 1980s “taking control with a clear strategy”.

He believes Powell’s decision this week undermines the credibility and coherence of the central bank and signals more volatility ahead for investors.

Mohamed El-Erian, president of Queens’ College, Cambridge – a high-profile economic commentator and one of the biggest critics of the Powell’s view that inflation was transitory last year – is less critical of the Fed’s latest move, saying: “Having finally gained some traction, the Fed must now maintain its momentum and resolve.”

He attributes the markets’ reaction as “a collective sign of markets welcoming a Fed that is more serious about addressing high inflation”.

Financial markets’ immediate rally on the announcement was a resounding vote in favour of the massive rate hike. However, the response ignores the reality that such a hefty rate hike, and the possibility of more 50 bp-plus rates to come, takes the US ever closer to recession.

While reality is likely to set in – if it hasn’t already – the roller coaster ride is bound to continue. Thrilling, if not scary, stuff!

With the focus largely on market reactions, what the world is going through, and still faces, often seems far removed. The on-the-ground realities and nascent signs of trouble brewing point to bigger problems down the line, be it in the broader ramifications of central bank actions on global financial conditions or how difficult it could become to get physical access to – or afford – basic goods, including food and energy, even if we see headline consumer inflation top out before year-end.

This week’s European Central Bank emergency meeting in response to Italian bonds selling off considerably in the wake of the bank’s stated intention to raise rates by 25 basis points at its next meeting, highlights that we can expect tighter monetary policy to hurt countries that have built up high debt levels during the pandemic.

The massive swings in financial markets have also been intensified by a marketplace that doesn’t have as much liquidity to go around, compared with before the global financial crisis.

In a recent article, in which the Financial Times explores why liquidity “is terrible” – worse than the early days of the pandemic – authors Eric Platt, Joe Rennison and Kate Duguid say money managers are reporting that they are struggling to execute trades without affecting prices – and that’s just at the beginning of central banks’ tightening cycles.

They say: “Through a series of regulations introduced over the past 12 years, banks are now required to hold bigger capital cushions to protect their balance sheets against major swings.

“It has meant banks now hold far fewer assets, like stocks and bonds, making them less nimble at responding to investors’ requests to buy or sell, and gumming up the pipes that connect buyers and sellers.”

When it comes to access to basic goods, this week’s news that the Russians are tightening the taps on the gas supplied through the Nord Stream I pipeline is a worrying indicator of what else could come as Putin weaponises resource supplies.

Should Russia close the taps completely, analysts predict it is highly likely that Europe will descend into recession.

Then, the fact that the US is said to be using back channels to negotiate with the Russians to secure fertiliser supplies – notwithstanding sanctions – signals just how reliant the world’s largest economy is on these supplies for its own food security and the risks of not getting them.

Immense efforts to get Ukrainian basics out of the country also put European and many other countries’ food security at risk.

Together, these highlight the profound challenges in meeting demand for the most essential of goods – demand that is far more inflexible than demand for consumer goods, travel, entertainment, housing and transport. In these latter categories, demand is much more sensitive to price levels and demand destruction because consumers are unwilling to pay the high prices that offer a potential way out of the inflation hole.

Central banks are expected to be the heroes in the fight against inflation – and in solving a variety of other economic issues. But, as many economists have been pointing out, their ability to bring down the type of inflation we are currently experiencing is limited because it largely stems from unprecedented supply problems, when higher interest rates are more effective in influencing levels of demand throughout the economy.

Thus, grand moves like the one made by the Fed this week – even if it is the biggest increase in 30 years – will be hard-pressed to solve the inflationary forces that are now primarily a fallout from a war that shows no signs of ending and could extend well beyond the ground the Russians are gaining in the Donbas region if Putin makes good on his ambitions. BM/DM