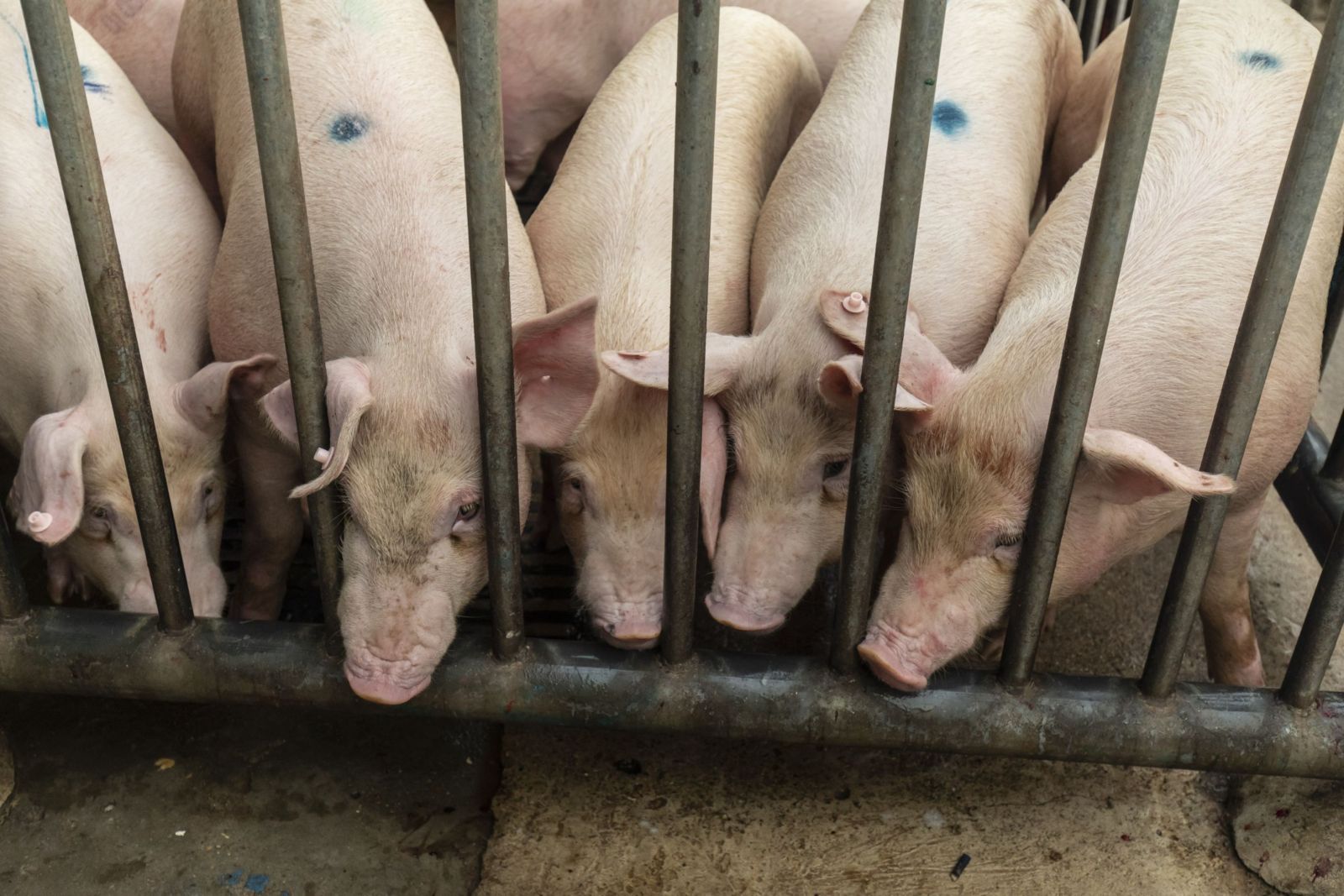 Pigs stand in a holding pen at a wholesale market in Nanning, Guangxi province, China, on Monday, Sept. 16, 2019. A protracted U.S. trade war, protests in Hong Kong, soaring food prices and the slowest economic growth in decades are among the many problems facing Chinese President Xi Jinping as he prepares to celebrate 70 years of Communist Party rule. Photographer: Qilai Shen/Bloomberg

With pork the most popular protein on Chinese tables, pig breeding can be very profitable with gross margins rising above 30% for some producers when there’s a shortage, driving farmers to expand capacity. But the boom in pig prices faded earlier than farmers expected.

Once every three to four years, pig farmers in the world’s largest producing country find themselves trapped in an unforgiving market that pushes some over-leveraged breeders to the brink of a debt crisis.

Jiangxi Zhengbang Technology Co, the second-largest pig supplier among Chinese listed companies in 2020, just reported 542 million yuan ($81 million) of overdue commercial bills, becoming the latest producer to show the financial stress of the boom-bust cycle. The nonpayment comes after it lost about three billion dollars since the start of last year as local hog prices halved.

“Zhengbang expanded its capacity too aggressively at the wrong time and found it hard to manage the situation when hog prices tumbled,” said Lin Guofa, head of research at consultancy Bric Agriculture Group.

With pork the most popular protein on Chinese tables, pig breeding can be very profitable with gross margins rising above 30% for some producers when there’s a shortage, driving farmers to expand capacity despite soaring costs. Still, even for the top producers, it’s not always easy to follow the right beat.

Tight liquidity is a common challenge in the industry. In Zhengbang’s case, a 1.6 billion yuan convertible bond maturing in 2026 is facing requests for early redemption this week. In addition, Tech-Bank Food told investors at the end of April that it was negotiating with a key supplier to delay some payments and that the top priority will be ensuring secure capital flows.

Zhengbang Technology sold about 5.5 million pigs in 2018, when a long price slump hurt breeders, leading Chuying Agro-Pastoral Group for instance to default and offer to pay bondholders with ham. Chuying was eventually delisted from the stock market and its bondholders are yet to get their money back.

Just three years later, Zhengbang had almost tripled its output capacity to 15 million pigs with total assets doubling after the company built and leased more farms and increased the amount of livestock it was breeding.

Still, the expansion didn’t bring the intended good fortune, only trouble. The boom in hog prices after African swine fever devastated herds faded earlier than farmers expected. Zhengbang not only had to grapple with declining revenue, but it also booked losses from asset and inventory depreciation.

Zhengbang Technology’s shares slumped to the lowest intraday level since 2018 on Friday, but have since recovered some poise. The company did not reply to a Bloomberg email seeking comment on its debt issue.

Despite those efforts, the company still had 40.7 billion yuan of liabilities on its balance sheet at the end of March, only just covered by its total assets, according to its financial report. While hog prices are now recovering, offering a chink of light, the future may hinge on whether it can obtain more cash from asset disposals and receive timely government support.

“Don’t be obsessed with pig prices and gamble over them,” said Lin from the Bric consultancy. “Focus on how to raise pigs more scientifically, on how to cut costs and optimise management. That’s the way to live through the cycle.” BM