FROM BAD TO WORS 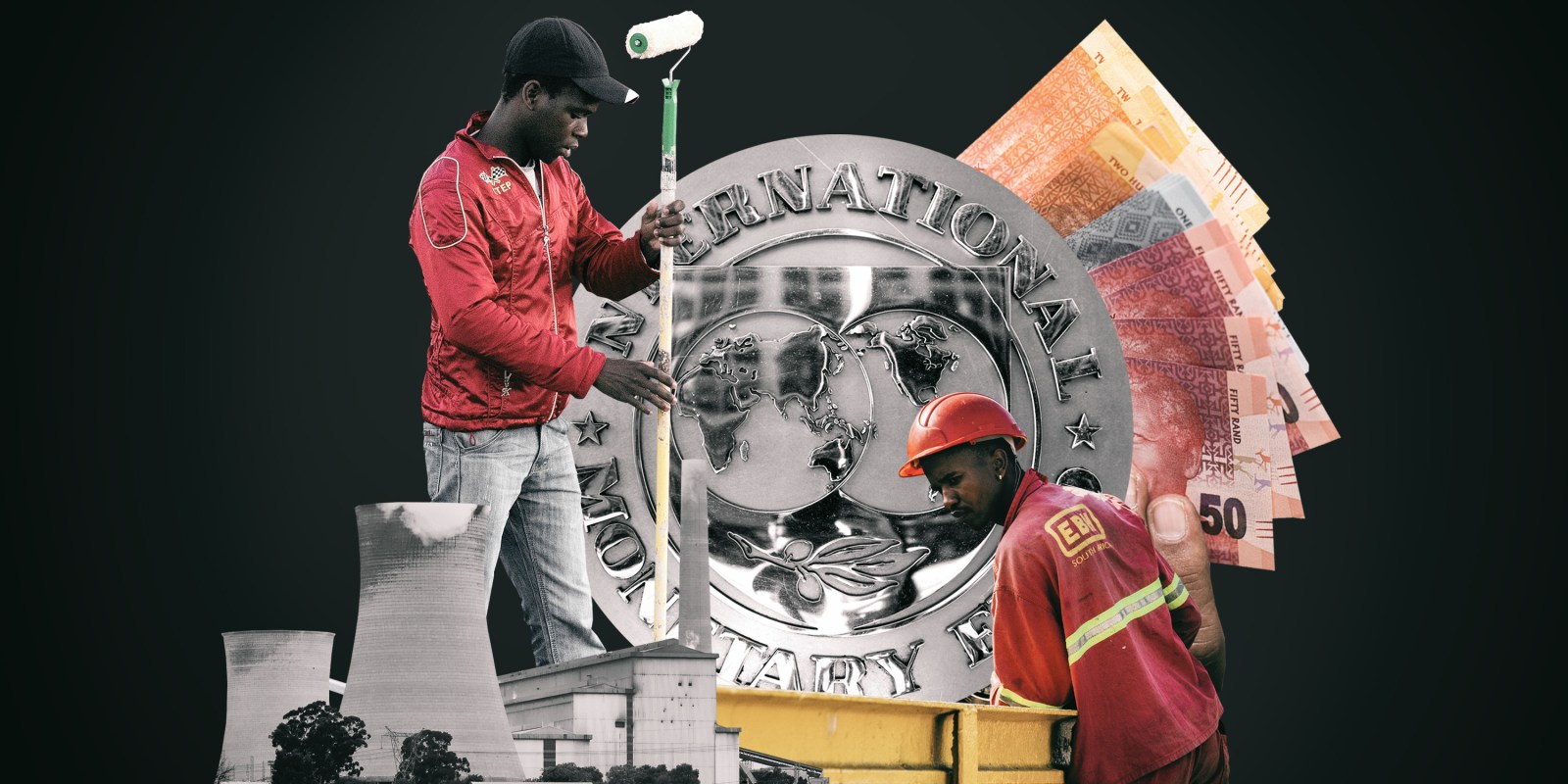 Like a broken record, the International Monetary Fund’s message to South Africa in the aftermath of a staff visit sounds familiar. Sort out Eskom and Transnet, let the Reserve Bank carry on with its inflation targeting and cut ‘unproductive fiscal spending’.

The Washington-based International Monetary Fund (IMF) completed its latest staff visit to South Africa on 6 June. This typically involves meetings with “South African economic authorities” and ends with preliminary findings and proposals. These are usually aimed at accelerating economic growth and cutting public debt if the latter has reached worrying levels.

It’s easy to be cynical about the IMF, and its legacy of “structural adjustment” in Africa and other developing regions is far from pristine. Still, the South African government keeps banging on about the need for faster economic growth, which is seen as the key to tackling the terrible trio of unemployment, poverty and inequality.

It’s not a panacea and jobless economic growth is a thing. After growing faster than expected in the first quarter of this year, South Africa’s gross domestic product is back to prepandemic levels, but employment levels are not. The flipside is that it is hard to create jobs without economic growth and policies that encourage investment and hiring.

So, the dance continues to the tune of a record that often seems broken. On one hand, you have the IMF and its team of experts with their transparent pro-growth agenda. On the other, you have the South African government which is in the hands of the opaque, corrupt and dysfunctional ANC. The governing party’s political divisions and scraps over the scraps of patronage mean policymaking is akin to making sausage, to borrow from a term of art often applied to the US legislative process, but with a South African wors-style twist: you don’t want to see what goes inside and the results can clog the arteries of the economy.

To wit, the IMF pointedly noted the following in its concluding mission statement:

“South Africa needs to urgently remove obstacles to private investment and encourage competition to reignite economic growth in the medium term. Eskom and Transnet should transform their business models to contribute to the sustainability of the public finances.”

This is sensible. Eskom can’t keep the lights on and Transnet can’t keep its trains on the tracks. Both urgently require new business models and Eskom is at least moving towards an unbundling, but at a Transnet kind of pace.

The IMF also said it was important to maintain “a continuation of the monetary policy tightening, timely initiated by the South African Reserve Bank, which is indispensable to keep inflation expectations anchored”.

The IMF’s detractors will often point to its support for tight monetary policy, unless of course it comes in the guise of the “quantitative easing” that central banks in developed economies have pursued for years. Having said that, South Africa, for a number of reasons, is constrained from following that course, and hitting the printing press would just be a recipe for hyperinflation with catastrophic consequences. Only the rich and game farmers with dollars lying under their beds would escape that unscathed.

As it happens, the IMF is preaching to the converted when it comes to the Reserve Bank. One almost wonders why it felt the need to make the point.

“Reining in unproductive fiscal spending and using the bulk of the temporary revenues to reduce borrowing needs are key steps to put the debt-to-GDP ratio on a declining path and boost confidence. Strengthening governance will help to ensure durable and inclusive growth,” is another point the IMF statement made.

This, of course, is where the wors hits the fan.

“Unproductive fiscal spending” is a diplomatic way of referring to money squandered or stolen. A lot is squandered unproductively on the public service wage bill, which supports the staff of departments such as Home Affairs who just seem to waste everybody’s time as documentation gets lost in their own sausage grinder. Then there are the dysfunctional municipal governments that just seem to spend money on everything except basic services they are expected to provide.

And, generally, if a state is failing – and there is a case to be made here for South Africa on this front – then chances are the fiscal spending is “unproductive”.

“Productive fiscal spending” would mean roads that are not riddled with potholes, reliable power and water supplies, a police force that did its job, public schools that produced a literate and numerate workforce, public hospitals where nurses didn’t have to buy food for patients… That kind of thing.

As the IMF said, this requires “strengthening governance”. That means the ANC has to actually take an interest in governance instead of jostling for a turn to eat or pursuing personal agendas.

In response, Treasury said the following in a statement:

“National Treasury remains committed to fast-tracking structural reforms to foster job-led growth, as supported through Operation Vulindlela. A total of 26 structural reforms were prioritised and, of this total, eight reforms have been completed while another 11 are progressing well.

“Key achievements to date on structural reforms implementation include concluding the spectrum auction, opening bid windows 5 and 6 of the renewable energy programme, publishing the draft electricity regulation amendment bill, Cabinet approval of the white paper on the National Rail Policy, publishing of the Green Drop report to ensure better monitoring of water and wastewater treatment quality, publishing the revised critical skills list, issuing of the RFP [Request For Proposal] to initiate third-party access to the freight rail network.”

The fact of the matter is that only in the ANC’s world are “publishing drafts” and reports and approving white papers “achievements”. They are faltering steps towards an achievement. You don’t get a participation trophy, folks. And the spectrum auction and renewable energy programmes have taken far too long to get off the ground, and are hardly without their problems.

And so the dance goes on while the playlist gets repeated. Meanwhile, the economy withers as the state fails, the lights fade and the wors burns in the background on the braai. DM/BM