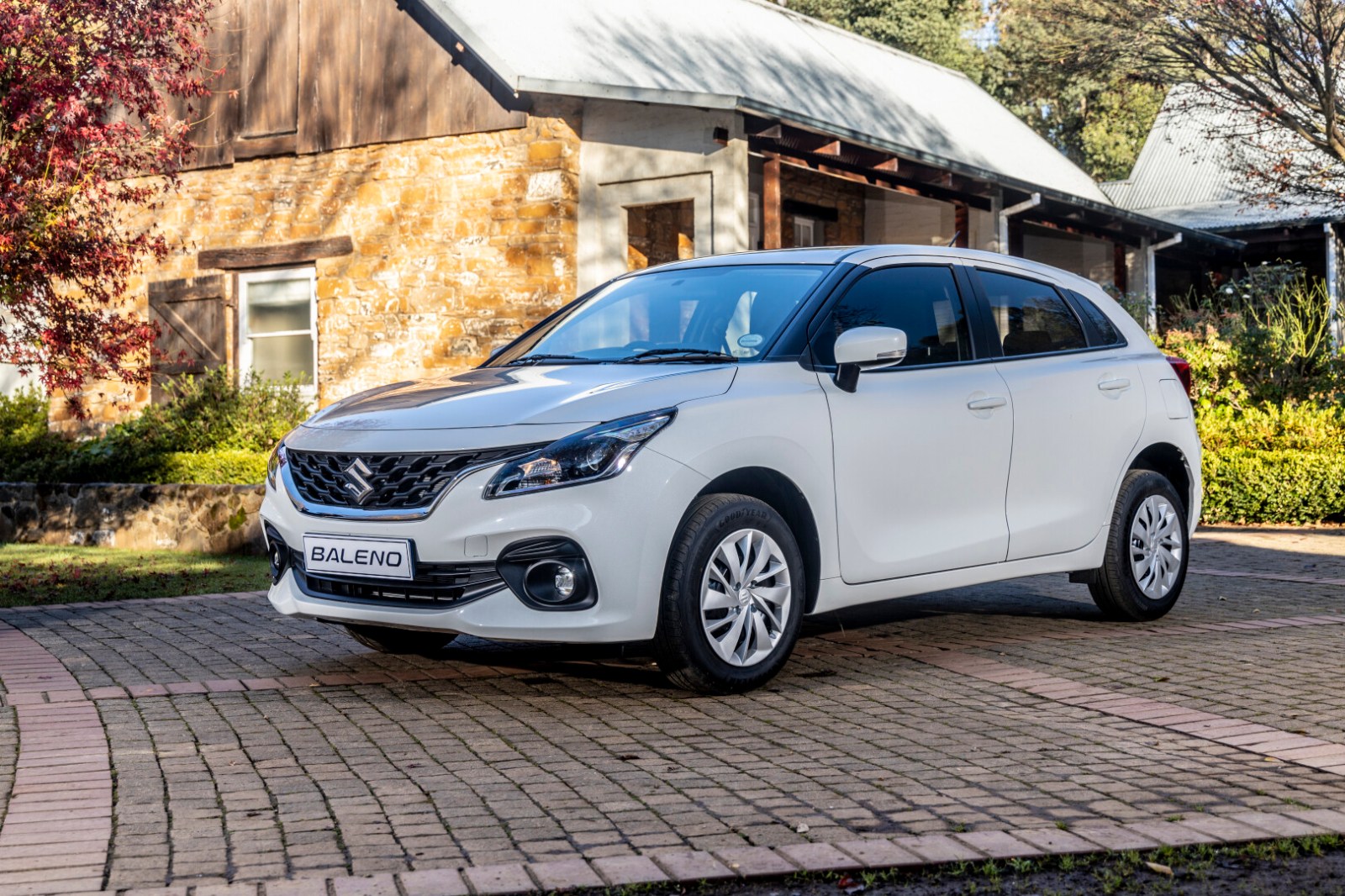 Hampered by factory closures due to the KZN floods, South Africa’s best-selling motoring manufacturer, Toyota, has its smaller Japanese counterpart, Suzuki, hot on its heels in the race for sales.

I’ve become so used to the South African overall car market being dominated by Toyota and VW that I often don’t even bother looking at the figures provided by the National Association of Automobile Manufacturers of South Africa (Naamsa). Like clockwork, it’s usually VW with its Polo Vivo and Polo at the top of the passenger car segment, and Toyota, with its array of trusty products, like the Corolla Cross, Fortuner and Starlet, helped along by its best-selling Hilux bakkie that dominates the overall numbers when light commercial vehicles are factored in.

Things changed dramatically during May when the Naamsa figures came in, revealing that for the first time ever, the local arm of the Japanese brand Suzuki swooped in, posting sales of a whopping 4,250 passenger vehicles, outselling Toyota by 252 units in the passenger car segment.

While there is much reason to applaud Suzuki, it needs to be said that over the past two months, Toyota has been experiencing extreme challenges since the KZN floods in April caused extensive damage to the Prospecton plant in Durban, totally halting production of locally produced models like their top-selling Corolla Cross and Quest.

The plant remains closed while massive clean-up operations continue. This has caused an unprecedented drought for Toyota in the availability of stock.

In fact, right now, there is such a shortage of locally produced Toyota Hilux bakkies that certain opportunistic dealerships have hiked the price of low-mileage previously owned double cab Hiluxes to close to a million rands. A brand new Hilux 2.8GD-6 Double Cab 4×4 Legend RS auto usually retails at R868,000. It reminds me a bit of the tobacco prohibition, when a carton of Camel was selling for R2,000 during the five-month tobacco drought in 2020. At least the nicotine sticks weren’t previously used.

On the flip side, Suzuki SA has been left smiling. Not only did the more niche Japanese brand manage to outsell Toyota in May in the passenger car segment to come in at number two, 268 units behind top-selling VW (which posted 4,468 sales), Suzuki additionally managed to grab the best-selling passenger car mantle from the Germans, with the Swift selling 1,764 units, while VW’s usual conquerors, the Polo Vivo, sold 1,179 and the straight Polo only managed 1,124 units.

Like Toyota, although not hampered by disastrous flood damage, Volkswagen SA’s Eastern Cape manufacturing plant has been experiencing its own challenges relating to a drought of local Polo stock. The majority of product that rolls off the home-based factory lines has recently been urgently earmarked for export. With computer chip shortages still playing havoc in the global motoring industry, particularly the European market, and with VW’s local plant having to service 185 export markets, it’s left South African Polo fans queuing up for their new steeds.

But in the brutal motoring industry, two companies’ misfortunes are another one’s triumph. And so all kudos to the local arm of Suzuki. Once more famous for motorbikes than cars, Suzuki SA has been steadily and stealthily working its way up the charts since the Swift was first introduced locally in 2008.

What’s clear is that the present downslide in the economy, fanned by raging fuel prices, has forced customers to gravitate towards affordability, and with product coming straight from India, Suzuki has plenty to offer on the budget end of the spectrum. There’s the S-Presso, which sold 783 units last month, the Jimny (428) and  Suzuki’s latest budget hatch, the Celerio, which only managed a somewhat disappointing 178 units in May.

But right now, stock is king and availability will determine how the next few months play out in the local industry. It’s all very well rolling out lavish marketing plans, flighting expensive commercials and hosting extravagant launches, but if the wheels aren’t there for customers to purchase, it kind of defeats the object.

This week, the two Japanese manufacturers drew guns with the simultaneous launch of Toyota’s revised Starlet and Suzuki’s face-lifted Baleno. Both are budget hatches produced in India and both are not only built on exactly the same platform (which is hardly unusual in motoring – think Audi’s R8 and the Lambo Huracán) but these two vehicles are actually exactly the same cars – save a few different exterior styling queues and two totally different badges.

Ever since Toyota signed a deal in August 2019, where Toyota acquired a 4.94% stake in Suzuki for $907-million, aimed at expanding collaboration between the two companies, a number of product shares have rolled out.

On the local front, besides the Starlet and Baleno being doppelgängers, Toyota’s Urban Cruiser and Suzuki’s Vitara Brezza are identical.

Toyota, with its trusty badge and expansive dealership network, has won the sales race by miles, with both the imported Starlet and Urban Cruiser significantly outselling the Baleno and Vitara Brezza. Last month, the Urban Cruiser sold 1,213 units. Suzuki’s Brezza did less than half of that, with 530 sales.

When it comes to the Starlet’s figures in 2021, Toyota SA sold 20,300 units, while Suzuki SA only managed to part with 1,500 Balenos. But despite Toyota’s dominance, the partnership has also had its benefits for Suzuki. Before 2019, the Baleno was selling less than 50 units a month, despite being popular in other markets, with more than a million Balenos finding owners over the last six years.

While I sent my son to test-drive the Baleno at Suzuki’s launch in Durban, I attended the unveiling of the Starlet in Cape Town.

Launched locally in 2020, the Starlet has clearly been embraced by locals, regularly making it into Naamsa’s top five best-selling passenger cars. The 2022 Starlet has undergone some significant changes, with a complete redesign on the front and rear ends. The new honeycomb grille, stronger shoulder lines and touches of chrome work together to create a more modern looking vehicle.

But the big news is that both the Starlet and Baleno have been improved in the power stakes, with an updated 1.5-litre normally aspirated engine, which is good for 77kW and 138Nm, (a much-needed increase of 9kW and 8Nm). Both manufacturers offer a choice between a five-speed manual and a four-speed automatic gearbox.

The Starlet has some pretty good specs across the trim range, but the flagship XR stands out with its two extra speakers, a high-definition reverse camera, cruise control, a push-button stop/start, auto folding side mirrors, a TFT colour multi-information display, a leather-covered steering wheel (now with reach adjustment) and a height-adjustable driver’s seat.

The Baleno top-level GLX trim spec has just as long a list of standard fare, including Apple CarPlay and Android Auto compatibility, also available in the Starlet, and a trio of USB ports (two up front and one at the rear).

While the Baleno and Starlet are not aimed at boy racers, they are both honest, well-specced and affordable vehicles, straddling the A and B budget hatch segment, depending on the trim level.

The big question for Toyota SA at the recent media launch in Cape Town was pricing and stock. The company reassured the press that there are plenty of Starlets available. Meanwhile, in Durban, clearly basking in its recent successes, Suzuki was bullish in its plans to expand its market share while Toyota’s Prospecton plant continues with its clean-up.

While both the Starlet and Baleno have come in with excellent pricing on the entry-level trim lines, Suzuki has managed to cut its rival by R17K on the top-of-the-range GLX. But when it comes to resale value, a Toyota badge is highly likely to hold its value above a Suzuki’s. What remains to be discovered is whether customers want to be seen around town in a Starlet or a Baleno.

Standard across the range is a three-year/100,000km warranty as well as a three-service/45,000km service plan.