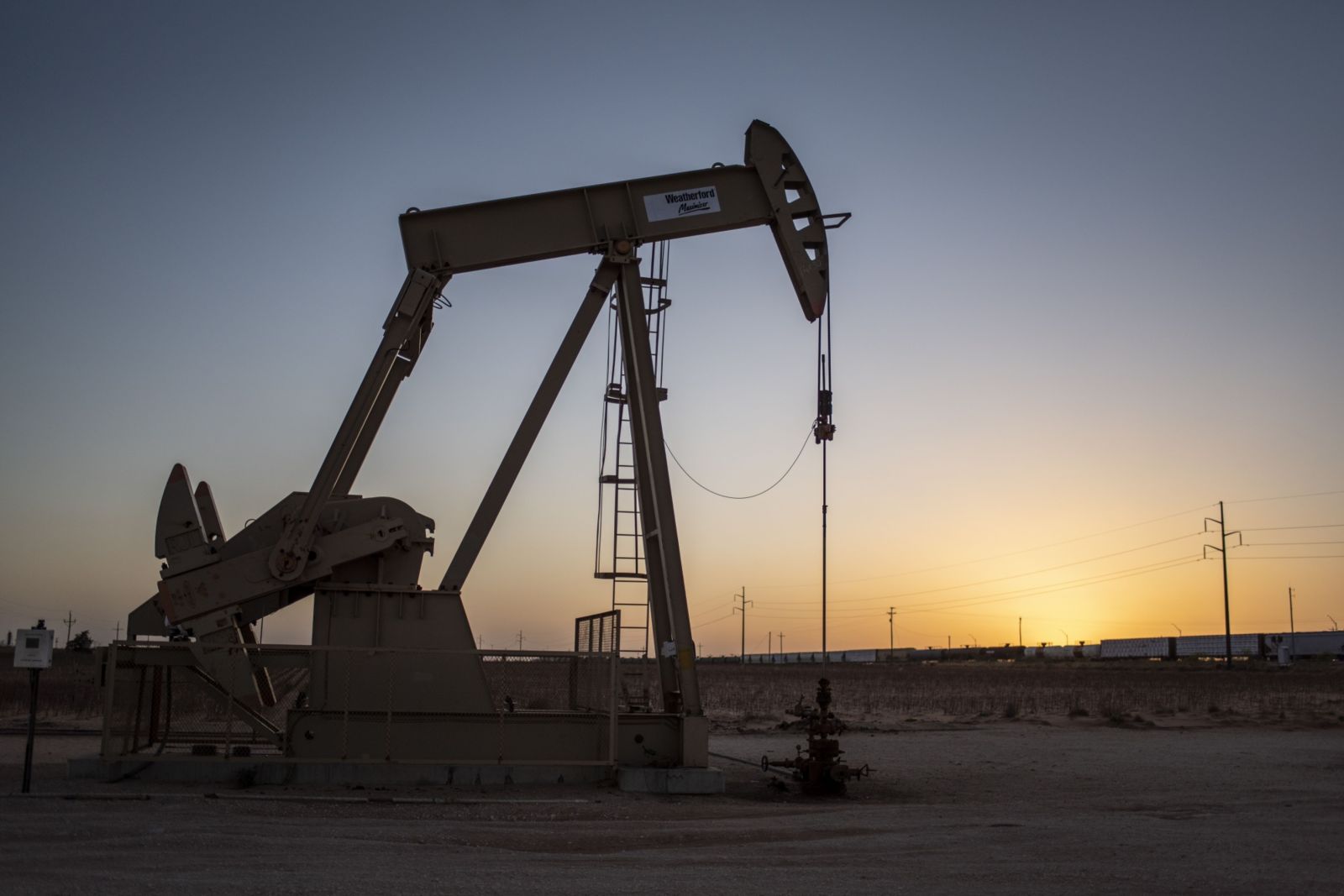 An oil pump jack in Midland, Texas, US, on Thursday, April 7, 2022. Midland, Texas, is used to booms and busts. But even here, prices are shocking the local economy  and the Fed may not be able to help. Photographer: Sergio Flores/Bloomberg

Oil headed for a sixth weekly advance after a keenly anticipated OPEC+ meeting delivered only a modest increase in output that failed to assuage concerns over a widening supply deficit.

The producer cartel agreed to a hike that amounts to just 0.4% of global demand over July and August. There had been speculation the Saudis were preparing to pump significantly more as part of a reset of relations with the US, and there were even suggestions that Russia might be exempted from the alliance’s monthly supply agreements.

See also: Saudis Nod to US With Oil-Output Hike, But Keep Russia Close

That didn’t happen, with West Texas Intermediate closing up 1.4% after the decision and trading near $117 a barrel in Asia on Friday. A six-month long rally in the US benchmark — the longest such run in more than a decade — now looks set to continue. A report showing American crude stockpiles falling more than twice as much as expected last week at the start of the summer driving season highlighted the growing supply deficit.

OPEC+ agreed to production hikes of 648,000 barrels a day for July and August, about 50% larger than the increases seen in recent months. The decision came after the European Union approved a partial ban on Russian oil imports and after months of pressure by Washington on Saudi Arabia. There were doubts the group would be able to fully deliver on the pledged increases, given they will be spread across its members, many of whom have struggled to raise output.

The decision by OPEC+ could, in practice, mean 132,000 barrels a day each month of actual additional output from Saudi Arabia, the United Arab Emirates, Kuwait, and Iraq, Citigroup Inc. said in a note. Prices have been marching higher in the past week as markets assessed the EU move, Chinese lockdowns were lifted and the US summer driving season got underway, it said.

“The agreed supply increases look big on paper, but in reality it is very unlikely the group will manage to hit these production targets,” said Warren Patterson, head of commodities strategy for ING Groep NV based in Singapore. “Russian output is likely to edge lower in the months ahead as sanctions bite, while there’s limited spare capacity among other members.”

ING’s forecast for Brent to average $122 a barrel over the second half remains unchanged, he said.

Oil has been driven higher this year on rebounding demand as countries threw off virus restrictions, while Russia’s invasion of Ukraine has reduced supply from one of the world’s three-biggest producers. A potential resurgence in consumption in China, the world’s biggest crude importer, is now threatening to add even more upward pressure to prices.

The ramp up in OPEC+ supply wouldn’t be enough to balance a market that’s shifting into deficit due to the demand recovery in China, Goldman Sachs Group Inc. said in a note. The bank said its expectations for output from the alliance are skewed to the downside, given the European ban on Russian imports and a lack of progress on negotiations with Iran. It reiterated its forecast for Brent to average $125 a barrel in the second half.

The OPEC+ announcement also didn’t have much impact on oil’s market structure. Brent’s prompt timespread was $2.62 a barrel in backwardation — a bullish pattern where near term prices are higher than those further out — compared with $2.73 at the close on Wednesday.

US crude stockpiles fell around 5.1 million barrels last week, more than the median estimate for a decline of 2.1 million barrels, according to an Energy Information Administration report Thursday. New York-area gasoline stockpiles dropped to the lowest level since 2017.