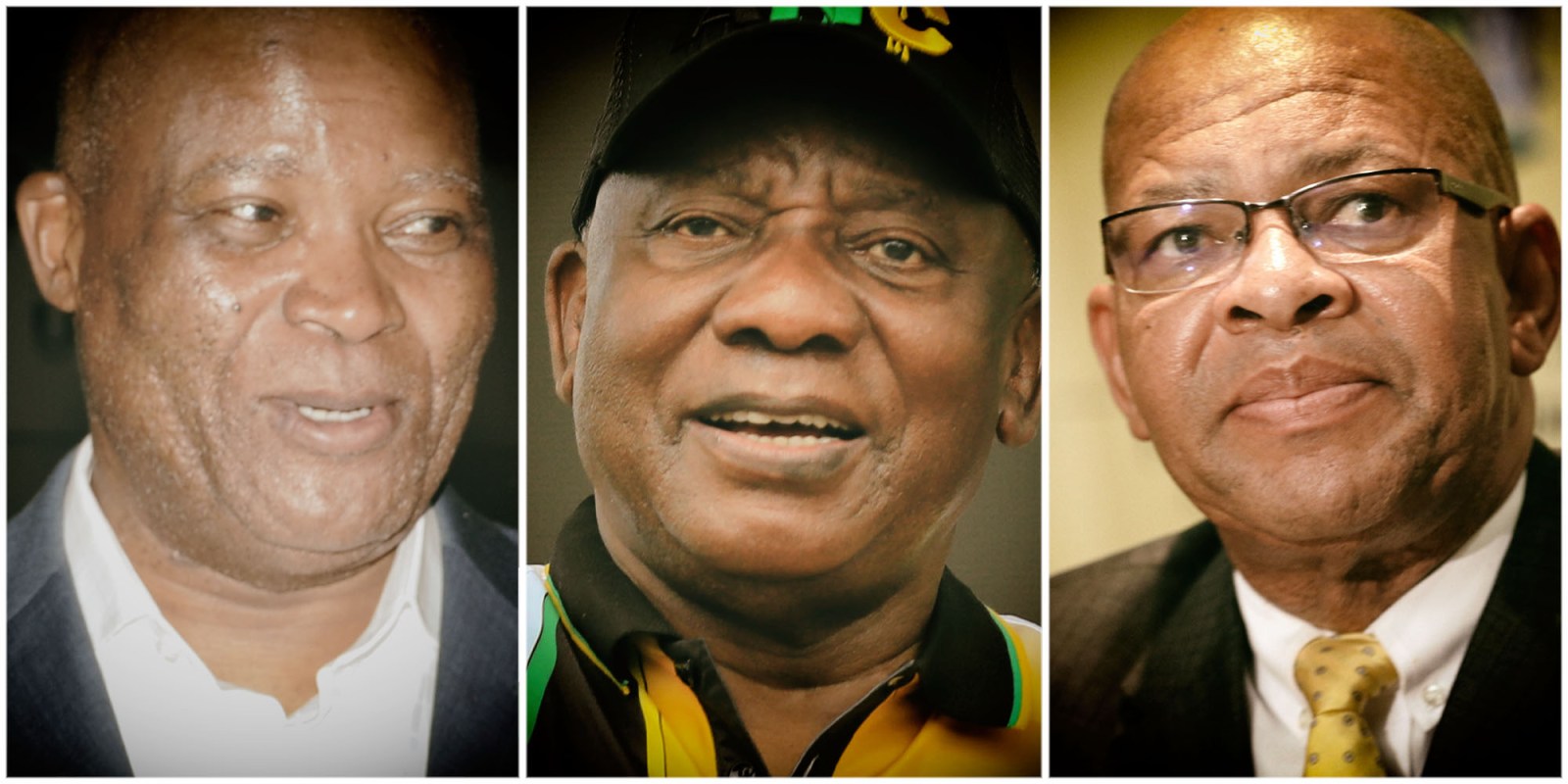 Sigh of relief for the ANC president as both contenders vying to lead Limpopo province are in support of his re-election. The conference will be held at a Polokwane hotel this weekend.

ANC president Cyril Ramaphosa will undoubtedly be the biggest winner of the Limpopo leadership race as both contenders vying to chair the province have openly declared their support for his campaign to lead the party for a second term.

The current provincial chairperson, Stan Mathabatha, will fight for a third term against provincial executive committee member Dickson Masemola, at the conference scheduled to take place in Polokwane at The Ranch hotel this weekend.

Mathabatha was one of the first provincial chairs to have openly pronounced on Ramaphosa’s second term at the ANC’s 8 January birthday celebrations, which resulted in a backlash from those who felt it was a premature move.

Masemola has similarly expressed his support for Ramaphosa and taken a strong anti-corruption stance.

Limpopo will be the fourth province to endorse Ramaphosa after the Northern Cape, Eastern Cape and Mpumalanga.

Ironically, some on Mathabatha’s slate are known to have not endorsed Ramaphosa’s bid to lead the party at the ANC’s 2017 Nasrec conference.

The conference comes at a time when Ramaphosa is having to respond to charges relating to a robbery at his Limpopo farm.

Danny Msiza and Florence Radzilani, both staunch supporters of Nkosazana Dlamini-Zuma, are said to be contesting on Mathabatha’s slate. However, Msiza will have to sit this one out because of the ANC’s step-aside resolution which has forced him to relinquish his duties as provincial treasurer.

Both Radzilani and Msiza initially stepped down from their positions amid investigations into the VBS bank scandal and the ANC hauling Msiza before the party’s integrity commission in 2018.

This was a result of the governing party’s decision to implement the resolution from its 54th conference, which compels members who have been charged with corruption to step down from their posts.

They had still not been charged by 2020, which prompted the NEC to allow them to once again serve within its ranks.

This was after Msiza and other politicians and VBS executives were formally indicted by the National Prosecuting Authority in March for allegedly looting nearly R2.3-billion from the bank.

Msiza was replaced in the position of secretary by Reuben Madadzhe.

Radzilani will contest the deputy chair position, current deputy provincial secretary Basikopo Makamu is set to retain his position on Mathabatha’s slate, and Peter Mokaba treasurer Nakedi Sibanda-Kekana is vying to be the next provincial treasurer.

On his slate, Masemola has current Mopani District mayor Pule Shayi as his deputy, the current secretary Soviet Lekganyane hoping for re-election, Vhembe District’s Livhuwani Legaraba and Faith Chauke, who are contesting the positions of deputy secretary and treasurer respectively.

Preparations ahead of the conference have been turbulent, with the Peter Mokaba region accusing Lekganyane of trying to replace the regional executive committee with his “cronies”.

The region held its conference last year but concerns about the legitimacy of the event were raised recently by the provincial secretary.

The region’s spokesperson, Jimmy Machaka, has questioned why Lekganyane waited until the last minute to deal with this issue and believes it is a way to eliminate the region from involvement in the provincial conference.

“For the provincial secretary to come out and say that the conference was irregular, that is malicious… an attempt to cause instability in the region and illegitimise the leadership.

“The things that the provincial secretary has said are his own views. He is doing this because he realised that the regional leadership does not prefer him to be re-elected as the secretary.

“The intention is to dissolve the regional task team and replace it with their cronies… he wanted to prevent the regional executive committee from participating in the conference – technically just trying to reduce numbers. We are ready. All disputes were dismissed, except for the Sefako Makgatho branch,” he said.

#ANCLimpopoConference The ANC Peter Mokaba region held a media briefing on Tuesday and dismissed reports that the regional conference was unprocedural, saying Lekganyane is being hostile because the region has withdrawn its support for him in the coming provincial conference. RM

The Waterberg region has also thrown a spanner into the works for the provincial executive committee, as they have put forward a request for a last-minute conference on Friday which will have no bearing on the provincial conference.

Waterberg is the only region in Limpopo which has not held a sitting to elect its leadership, and is now awaiting a response from provincial leadership on the matter.

At least 1,200 members are expected to vote for the new leadership, with the Waterberg region having the fewest delegates attending the conference.

The Vhembe region is very important as it has the highest participation, closely followed by the Norman Mashabane region.

Three of the five regions — Vhembe, Sekhukhune and Peter Mokaba have previously endorsed both Mathabatha and Ramaphosa. DM