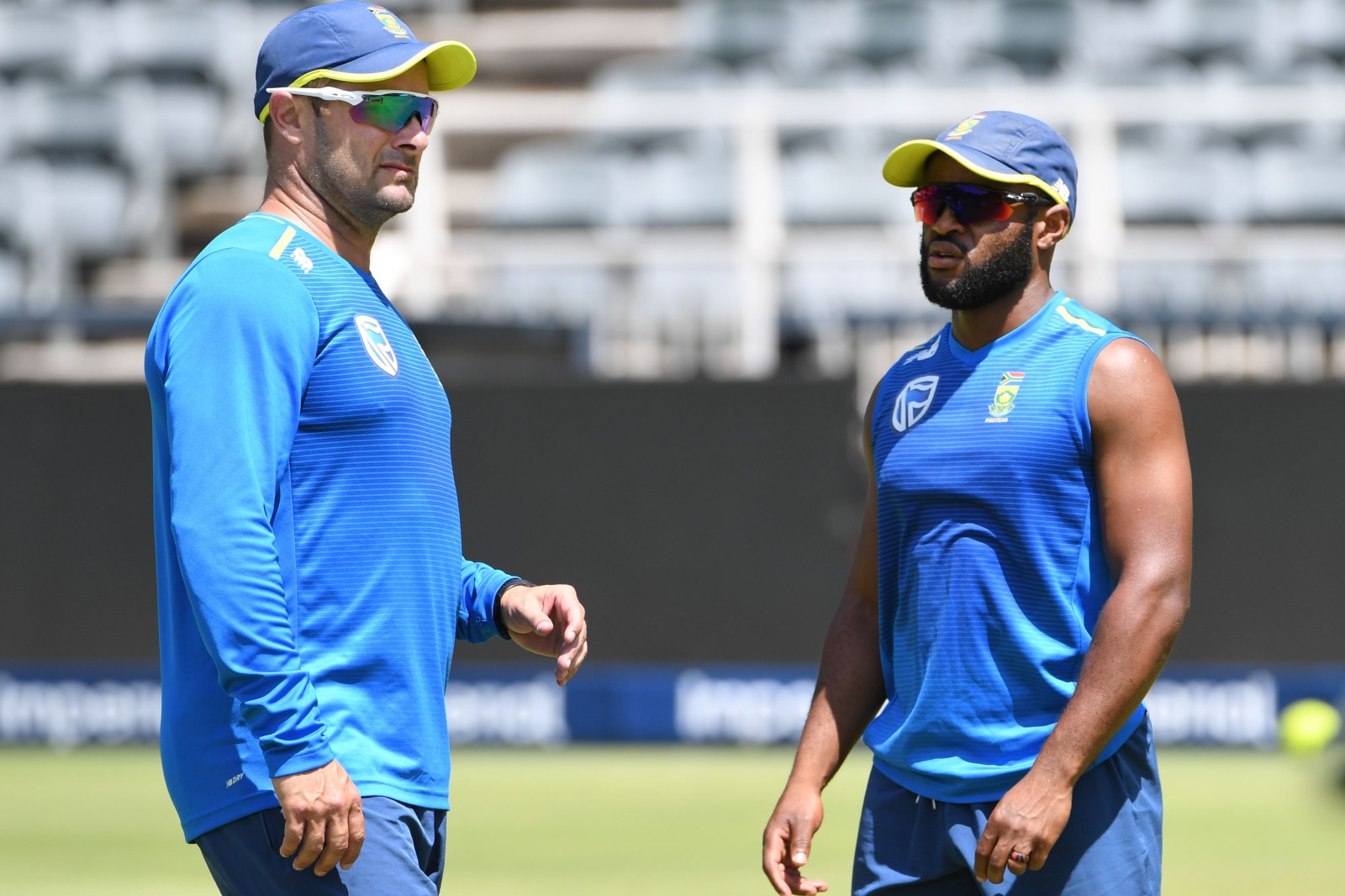 For the first time in months, the Proteas go into a series without distractions and with key players in form.

The Proteas men’s team departed for India on Wednesday with a sense of stability and certainty instead of the atmosphere of foreboding and unpredictability that has permeated the last few months.

With the disciplinary and gross misconduct charges against coach Mark Boucher dropped last month, and the ensuing fallout and criticism subsiding, the business of cricket can hopefully take centre stage.

White-ball skipper Temba Bavuma certainly was hoping for that to be the case as he gave some insight into the toll the Boucher versus Cricket South Africa (CSA) saga had taken on the team.

“There’s a lot of relief within the whole cricket fraternity that these off-field issues have been resolved and put to bed,” Bavuma said on the eve of the departure for India to play five T20Is.

“There’s a space now for everyone to focus on cricket and what happens on the field. It was a tough time for the team, players and management, but I think we handled it as well as we could.

“Going back over the months, the conversations and discussions we had were to make sure that guys are mentally in the right space.

“There weren’t any underlying issues and indifferences between players and management, which helped us to deal with the situation that was at hand.

“As players, we welcome the fact that we can now focus on cricket and invest as much energy into that. At least for now.”

That last statement did raise some eyebrows. “At least for now”? Is there something brewing? Or was it just experience speaking? Bavuma knows more than most that the past three years in South African cricket have been chaotic and the chance of another controversy is probable.

For the moment he’s happy that peace between CSA and Boucher has broken out, but he’s a bit too jaded to believe that another problem isn’t far off. If there has been one consistency in South African cricket in recent times, it’s the ability to shoot itself in the foot.

In January, in the midst of a tense One-Day International home series against India, CSA decided to publicise its decision to implement charges of gross misconduct against Boucher.

That was just a few months after CSA ordered the team to take the knee to acknowledge the Black Lives Matter movement in the hours before their second match at the T20 World Cup against the West Indies last year.

That led to Quinton de Kock refusing and withdrawing from the game. Naturally, in both cases, cricket became a secondary topic of discussion.

In both instances, however, Bavuma was left to face the media and provide explanations for issues not of his making. He handled those moments with grace, empathy and intelligence, but he wouldn’t have chosen to be in that position if given the choice.

So, to India for a tough challenge which is a crucial part of the Proteas’ preparations for the T20I World Cup in Australia later this year.

Although the conditions the Proteas will encounter in India will be vastly different to those in Australia at the World Cup, the chance to compete against India in their own home will build experience and character.

India have chosen to rest some key players such as star batter Virat Kohli and top fast bowler Jasprit Bumrah for the series. Both played and struggled, by their high standards in the recently completed Indian Premier League (IPL) T20 tournament.

But they are loaded with talent and experience regardless of some absences. KL Rahul was the second-highest scorer in the IPL with 616 runs in 15 innings. He averaged 51.33 at a strike rate in excess of 135 and will captain India.

There are also injuries to quality performers such as Ravindra Jadeja and Suryakumar Yadav to undermine India’s cause, but their production line of talent in the T20 format thanks to the IPL, is almost endless.

Gujarat Titans skipper Hardik Pandya, who led his team to the 2022 IPL title in its inaugural season, is a fine leader and batter. He was also fourth on the overall runs scoring table (487) and has earned a recall. Others in the 2022 IPL batting top 20 such as Ishan Kishan and Shreyas Iyer should feature for India against the Proteas.

In the bowling unit, the express pace Umran Malik is set to be unleashed and top IPL wicket-taker, leg-break bowler Yuzvendra Chahal is also in the squad.

On the other side of the ledger, De Kock and David Miller were in excellent form with the bat during the IPL while stalwart fast bowler Kagiso Rabada was near third on wicket-taking charts.

Miller’s form for Gujarat in particular, was eye-catching. He played many crucial innings, including a brisk 32 not out in the final, on his way to scoring 481 runs at an astonishing average of 68.71 and a strike rate of 142.72.

It was by some distance the highest average at the IPL, thanks to nine not outs. But what it demonstrated was that the left-handed Miller was able to come in midway through the innings (Miller batted at No 5 in 13 innings) and carry his bat to the end.

It’s a role that the Proteas would do well to reprise in the series against India. Bavuma is certainly ready to tap into Miller’s form when they meet India in Delhi on 9 June. Miller has batted lower than No 5 for the Proteas for the bulk of his career.

“The confidence that he (Miller) will bring into the team, we look forward to that,” Bavuma said. “He has performed exceedingly well at the IPL and I’m sure that will do a world of good for his confidence.

“David is still an integral member within our team and we trust his performances will continue well into the future. In terms of him batting a bit longer, that has always been the conversation over the years when David has done well.

“He understands where he fits in within the team. If he feels he can add more value in a different position, a conversation can be had in that regard. There is no way we are going to stifle him or restrict David in any manner. That’s how we try to treat all the players. We try to set them up in positions where they can succeed and make strong plays for the team.” DM