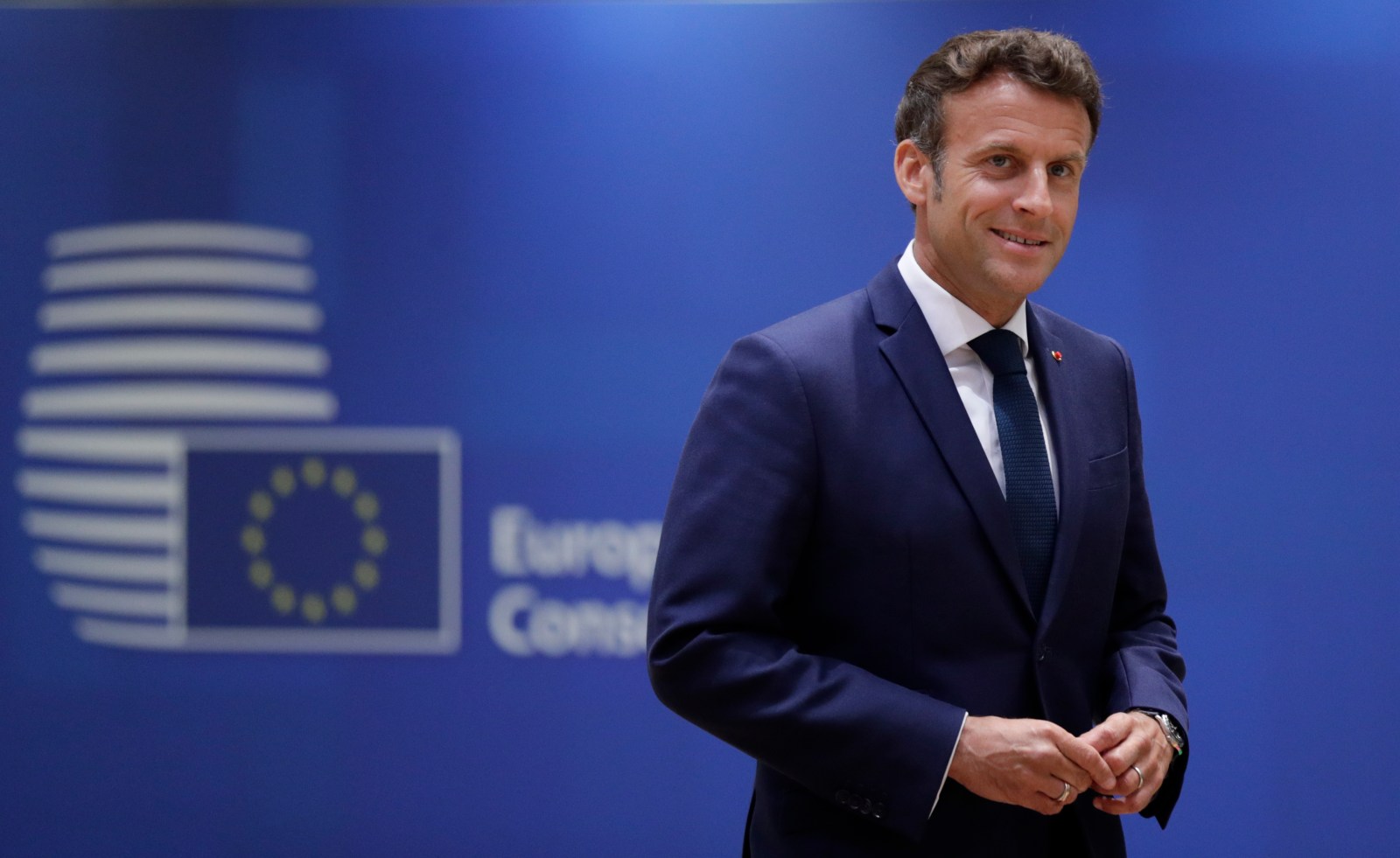 French President Emmanuel Macron at the first day of a Special European Summit on Ukraine at the European Council, in Brussels, Belgium, 30 May 2022. EPA-EFE/OLIVIER HOSLET

PARIS, May 31 (Reuters) - French diplomats will go on strike for the first time in 20 years on Thursday in protest against a perceived lack of recognition and reforms pushed by the president that they say could damage France's global standing.

The action won support from 500 foreign ministry civil servants in a newspaper opinion piece and has seen widespread backing from senior diplomats and ambassadors on social media.

The strike comes at a bad time for President Emmanuel Macron, with France holding the EU presidency until the end of June, as he seeks to play a leading role in the bloc’s response to Russia’s invasion of Ukraine and looks for fresh impetus to his new presidential mandate.

Public sector reforms will see the diplomatic career structure change, including scrapping a special status for senior foreign ministry officials, meaning they would fall into a broader civil service pool.

“The reform of the senior civil service is the latest attack on our professions, our expertise, our future,” said a strike notice for June 2 sent by unions.

“This reform reflects an incomprehensible desire to undermine our ministry and risks permanently weakening our country’s ability to project and defend itself in the world.”

Ministry officials have played down the impact and in a statement on May 19, the ministry’s spokeswoman, Anne Claire Legendre, said solid guarantees had been obtained to preserve the diplomatic profession and careers.

France has the world’s third-largest diplomatic network with some 1,800 diplomats and in total about 13,500 officials working at the foreign ministry.

Half a dozen diplomats Reuters spoke to said the reform was merely the culmination of years of malaise that have seen staffing fall some 20% since 2007 and repeated budget cuts just as the demands on the service have increased. Conditions have worsened during the COVID-19 pandemic, diplomats said.

Macron’s past accusations of diplomats at times working against the executive and a sense that the work of the foreign ministry is not always recognised have also not gone down well.

“There is a real feeling of incomprehension and disconnect from reality,” said a diplomat based overseas, who said they at least wanted the strike to lead to a proper debate.

Some say Macron’s appointment of career diplomat Catherine Colonna as foreign minister was an effort to appease the diplomatic corps.

One European diplomat said the changes were sending a poor message overseas because they appeared to be downgrading the foreign ministry’s role, potentially harming long-term relations and expertise.

“It’s like having a sports journalist analysing weather patterns,” the diplomat said.