Fraserburg and a prehistoric walk on the wild side with... 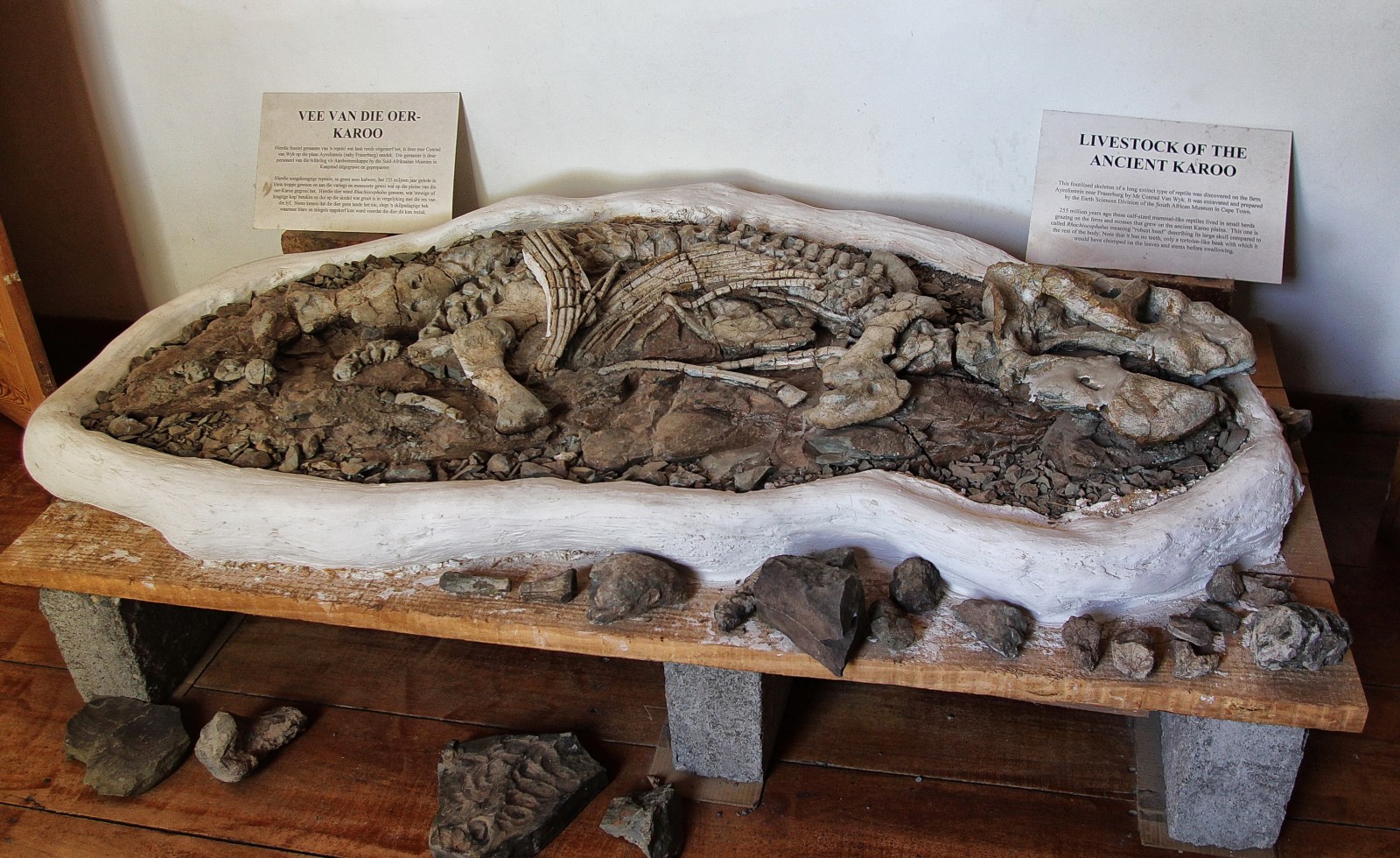 One of the unsung cultural and historical gems of the Northern Cape.

Fraserburg, set in the middle of a key Northern Cape wool-farming district, still maintains an authentic country environment, with its wide streets and Karoo-style home architecture.

The town came into being in 1851 and served the local agricultural community in trade and spirit. Today, it has an added function, that of a prime off-the-beaten-track destination for travellers looking for a unique cultural experience.

A stroll down the quiet streets of Fraserburg brings one to a number of interesting sites, beginning with the odd-shaped Peperbus (pepper pot) building. Built under the guidance of Rev Carl Bamberger in 1861, it was first meant to simply house a large bell that could be run in an emergency. In the years that followed, the little building did duty as the market master’s office, the town library and the magistrate’s office.

Olive Schreiner, the writer-activist, left her mark all over the Karoo. She lived in places like Cradock, Hanover, De Aar and Matjiesfontein. She even visited Fraserburg on occasion, staying with her sisters Alice and Kate, who lie buried in the cemetery at the edge of town.

A number of gravestones were hand-carved by celebrated crafters, many of whom also built the solid stone kraal walls found all over Fraserburg and on surrounding farms. Because stone was the most available building material in the Upper Karoo during the Victorian era, it was also used for local churches and corbelled houses.

One of the most interesting features of Murraysburg is the Old Parsonage Museum, where a remarkably intact fossil entitled Livestock of the Ancient Karoo has pride of place. Discovered on Ayesfontein Farm, it is a calf-sized ancient Rhachiocephalus. Over 250 million years old, it had a large head, and was part of the Permian era pantheon of proto-mammals, some of whom evolved to become the warm-blooded animals that are prevalent today. In the same room, from the same era, is a model of a Bradysaurus, a squat beast that would have stood no higher than a man’s waist. Palaeontologists say that these primitive reptiles were bulk grazers with teeth that chopped plants up into rough pieces. Another piece of pre-history on display is the stone fossil of the Golden Fish of Fraserburg called Atherstonia.

Visitors go on arranged tours of the Palaeo Surface site on Gansfontein Farm, where ancient water pools became mud and then, over hundreds of millions of years, a stone surface trapping various footprints for eternity. Most eye-catching of them all is the clear print of a Bradysaurus, as if it just passed by yesterday.

For an insider’s view on life in the Karoo, get the three-book special of Karoo Roads I, Karoo Roads II and Moving to the Platteland – Life in Small Town South Africa by Julienne du Toit and Chris Marais for only R720, including courier costs in South Africa. For more details, contact Julie at [email protected]; to read more stories on the Karoo, go here.