Measuring the water saved by removing alien trees and p... 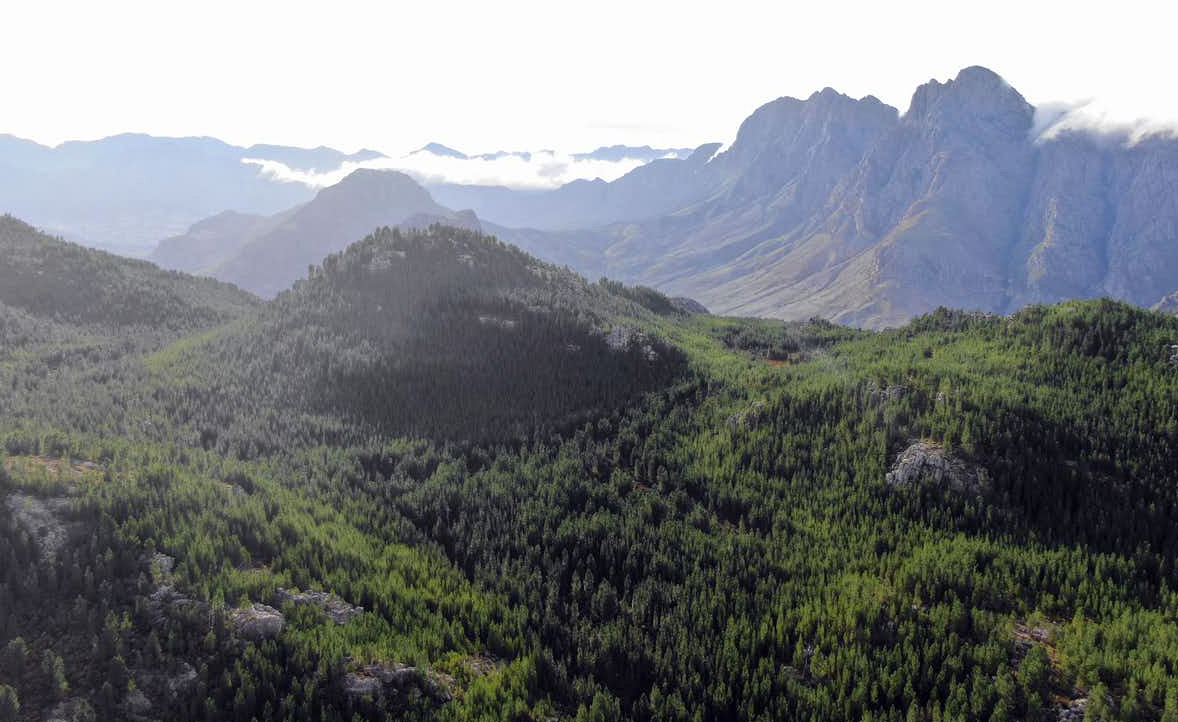 We conducted a hydrological study to find out how much water is lost to alien trees — and the results were staggering.

Humans’ relationship with nature is broken. We’re transforming the Earth so dramatically that almost one million plant and animal species face extinction. Losing species unravels the tapestry of nature, changing how ecosystems function and, ultimately, damaging society too.

That value includes providing the country with crops, wood, water and fuel. There are other, less immediately tangible benefits, too: air purification, water regulation and purification, recreation, tourism, as well as cultural and heritage value.

One of the things that contribute to ecosystem degradation in South Africa is invasion by alien plants. This is estimated to cost the nation R6.5-billion a year in damages.

The government spends more than R400-million every year clearing alien trees. Despite this investment, alien tree invasions continue to increase across the country.

Alien trees threaten biodiversity, increase the risk of more intense and frequent wildfires and also guzzle water. This is an important factor in water-scarce regions, like South Africa, that experience droughts.

Alien trees are invading mountainous areas across South Africa. These are important water-generating regions and the trees threaten water supplies in several cities, among them Cape Town and Gqeberha. Both have experienced water shortages in recent years.

To find out just how much alien trees threaten water supply, we conducted a hydrological study.

The research set up the most fine-scale, detailed models possible to try and estimate how alien trees affect streamflow in four small mountain catchments above some of Cape Town’s major dams.

The study also used satellite imagery to input accurate information on the types of alien trees and where they are.

The models predicted that clearing catchment areas fully infested with mature invasive alien trees can increase streamflow by between 15.1% and 29.5%.

Although the catchments modelled are not fully invaded, this presents a strong argument for preventing full invasion.

This makes sense: during rainfall events, there is so much water that the negative effects of alien vegetation become less evident. But it is important because it implies that clearing alien trees makes more water available between rain events, especially in the dry season. This is useful information that can help improve water security during droughts.

It is useful to explain what the savings predicted by our models mean to Cape Town’s overall water supply — and to consumers.

For instance, we found that clearing the current levels of invasion in the catchments above the Berg River Dam (currently 9% invaded) could increase streamflow by over 1%.

This may not sound like a lot, but it could mean an increase in mean annual volume of as much as 1.5 million cubic metres, or 4.1 million litres a day.

According to the 1:50 year yield model for the Berg River Dam, this equates to a 0.2% increase in yield.

Putting this into perspective with a quick first-order calculation, from the City of Cape Town’s Water Strategy, we have a value of R9 per kilolitre for the operating costs of desalination.

If we multiply this by the 0.2% increase in yield each year from clearing alien trees above the Berg River Dam, we get to an estimated annual equivalent value of that water of around R2-million.

Should the Berg River Dam catchment become fully invaded with alien trees, however, this would reduce the 1:50 year yield by 4.3%, costing about R38-million each year if that water had to be sourced elsewhere.

Our findings are important for several reasons. First, they can be used to encourage society to redouble its work clearing alien vegetation.

Second, they confirm that improved water security is possible for South African cities during their dry seasons or droughts.

It is critical that more work be done to halt and reverse the degradation of ecosystems.

This is especially urgent in what the United Nations has dubbed the Decade on Ecosystem Restoration.

We all have a chance to undo some of the damage we have wrought — and, as our research shows, clearing alien trees must be part of these efforts. The Conversation/DM168

Alanna Rebelo is a senior researcher at the Agricultural Research Council. Karen Joan Esler is a distinguished professor of conservation ecology at Stellenbosch University. Mark New is the director of the African Climate and Development Initiative at the University of Cape Town. Petra Brigitte Holden is a researcher at the University of Cape Town. Jason Hallowes contributed to this article. Thanks to Dr James Cullis for his help with the yield calculations and cost estimations.