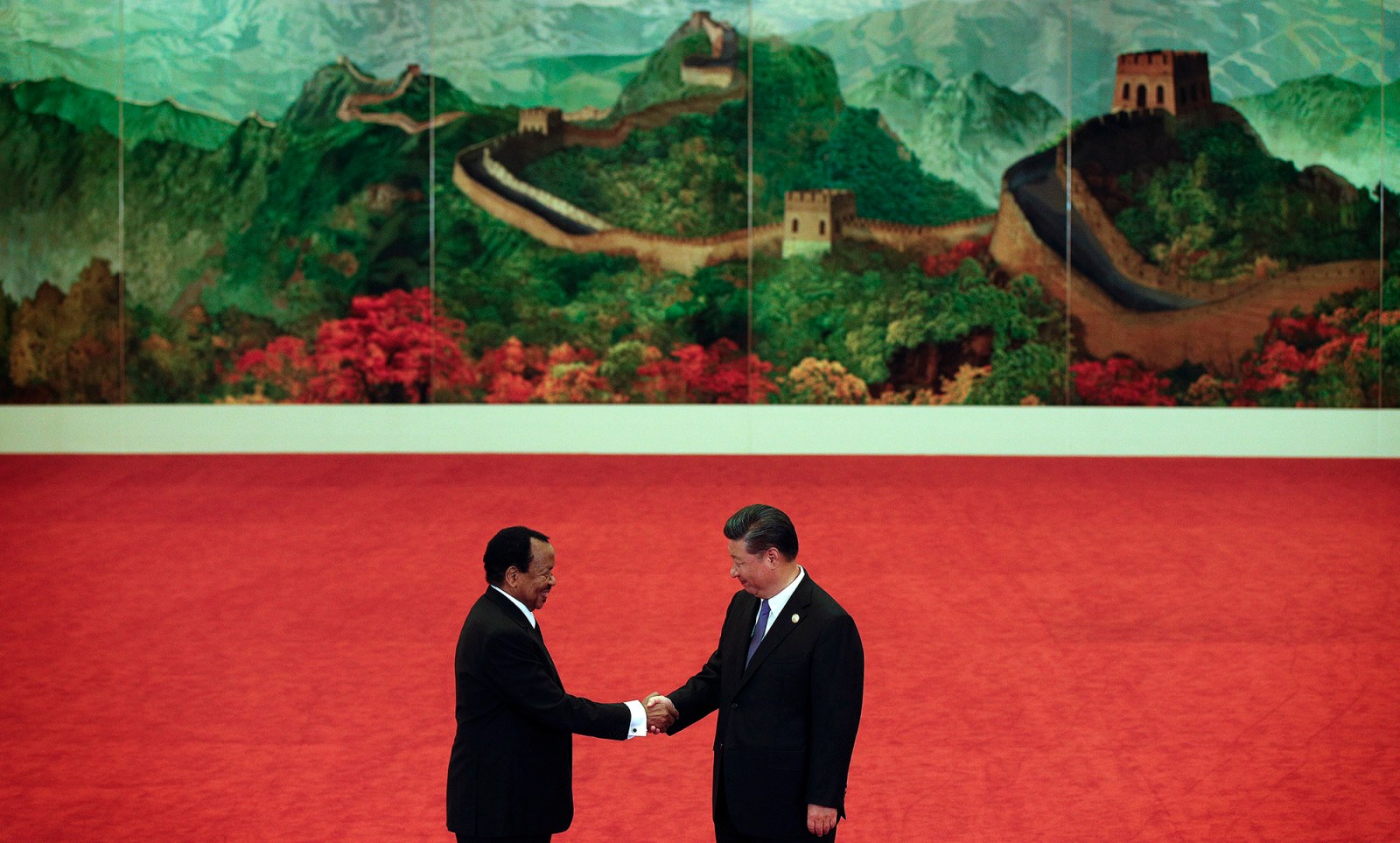 Despite its leading role in the AU’s highest decision-making body, the nation’s stance on African issues remains opaque.

In April, Cameroon renewed a military cooperation agreement with Russia as Moscow intensified its offensive in Ukraine. The timing certainly supports Russia’s claim that its international isolation is relative. It also raises questions about Cameroon’s foreign policy at a time when African countries’ votes in the United Nations (UN) General Assembly are under scrutiny.

The military agreement reflects a trend in Cameroon’s foreign and trade policy that entails keeping great powers at equal distances. While the Central African country is one of the largest recipients of French development cooperation in sub-Saharan Africa, its biggest creditor is by far China. Cameroon also maintains close foreign and trade ties with the United Kingdom, United States and Germany.

This international balancing act loses its appeal when it comes to Africa and the African Union (AU), however. In May, Cameroon chaired the AU Peace and Security Council (PSC) after being re-elected to the council for a three-year term. The relative indifference to this rotating chairship by Cameroonian decision-makers, opinion leaders and society contrasts with the substantial diplomatic efforts taken to secure the country’s re-election.

The PSC rotating chair usually helps a government push regional and thematic priorities, and demonstrate its diplomatic ability to address continental issues. For Cameroon, it’s difficult to identify clear goals in the AU, apart from preventing the Anglophone crisis from reaching the PSC agenda. The council’s discussion of the crisis could see a peace support operation deployed to the country, which Cameroon would consider intrusive.

Yaoundé is also poised to guarantee constant AU support for the logistical base of the African Standby Force located in Douala and the regional Multinational Joint Task Force against Boko Haram in the Lake Chad Basin.

Despite the many contemporary transnational issues facing Africa — an expanding terrorist threat, activating the African Continental Free Trade Area, and the resurgence of coups — Cameroon’s policy towards the AU and Africa remains unclear. It’s also characterised by limited engagement at the heads of state level, where AU decisions are ultimately made.

President Paul Biya is notorious for missing AU summits. Despite this, Cameroon has managed to get its nationals elected as commissioners in the AU’s Konaré/Ping Commissions (2003-11) and the first Faki Commission (2017-21). But these political appointments hardly compensate for the few Cameroonians in the AU Commission’s senior leadership or the absence of shared guidelines for the country’s action in the AU.

Cameroon can sometimes mobilise political capital to secure positions in the AU — such as the current head of the Reform Implementation Unit. However the country doesn’t exploit its strategic and unique location at the crossroads between the Francophonie and the Commonwealth, Sahel and Equatorial Forest, and Western and Central Africa.

Cameroon’s indecisive foreign and trade policy can also be seen in Central Africa. Based on the size of its economy, demography and transport infrastructure, the country could play an anchor role in the Central African Economic and Monetary Community (Cemac), which comprises six countries using the CFA franc.

But the government rarely uses this position of strength to boost Cameroon’s regional interests. Despite being the gateway to the sea for Chad and the Central African Republic, Cameroon lacks the vision and strategy to harness the strong positions of its private companies in those countries.

In the wider Economic Community of Central African States (Eccas), Cameroon’s power is challenged by oil-rich Angola and the war-torn but mineral-rich Democratic Republic of the Congo (DRC). Rwanda’s increasingly active security and trade diplomacy in the region will be interesting to watch as power relations are redefined.

While Cemac comprises countries solely committed to Central Africa, Eccas members also have regional allegiances to southern and East Africa. Examples of the latter include the DRC, Angola, Burundi and Rwanda. The planned merger of the two regional organisations would probably move the centre of gravity east- and southwards, diluting Cameroon’s influence in the bloc.

Cameroon’s foreign policy is notoriously obscure because official documents outlining its interests and strategic goals are rarely made public. Even Cameroonian diplomats struggle to give a unified view of the country’s actions in Africa and internationally. There is no single forum convened for diplomats and their hierarchy, and the last conference of ambassadors was held in 1985.

The heavy focus on the president and his personal preferences has prevented Cameroon’s diplomacy from being led by principles. It has also been the main obstacle to the Foreign Affairs Ministry driving foreign policy rather than the presidency. But as instability grows in Central Africa, clear guidelines for Cameroon’s regional and continental engagement will become more crucial than ever.

Cameroon’s foreign policy should start with designing a neighbourhood policy. As a leading trading partner in Central Africa, Cameroon has a vested interest in the region’s stability. This makes it surprising that other less affected states increasingly settle crises on its doorstep.

A clear vision based on Cameroon’s medium- and long-term interests in Cemac, Eccas and the AU could guide diplomats and other foreign policy actors. Taking more responsibility for settling violent conflicts in Central Africa would boost Cameroon’s stature in the region and build skills among its civilian and military cadres.

The government has tried hard to prevent the Anglophone conflict from being considered by the AU and UN. It could learn from Rwanda and Chad, whose regional military diplomacy has successfully shielded them from international criticism in recent years.

To reposition Central Africa and Africa in Cameroon’s foreign policy, the country also needs to rectify the widespread bias which sees only diplomatic postings in Global North capitals as prestigious. Neglecting the low-hanging fruit of African diplomacy will damage the country’s image. DM