A raw and real South African journey about being a high... 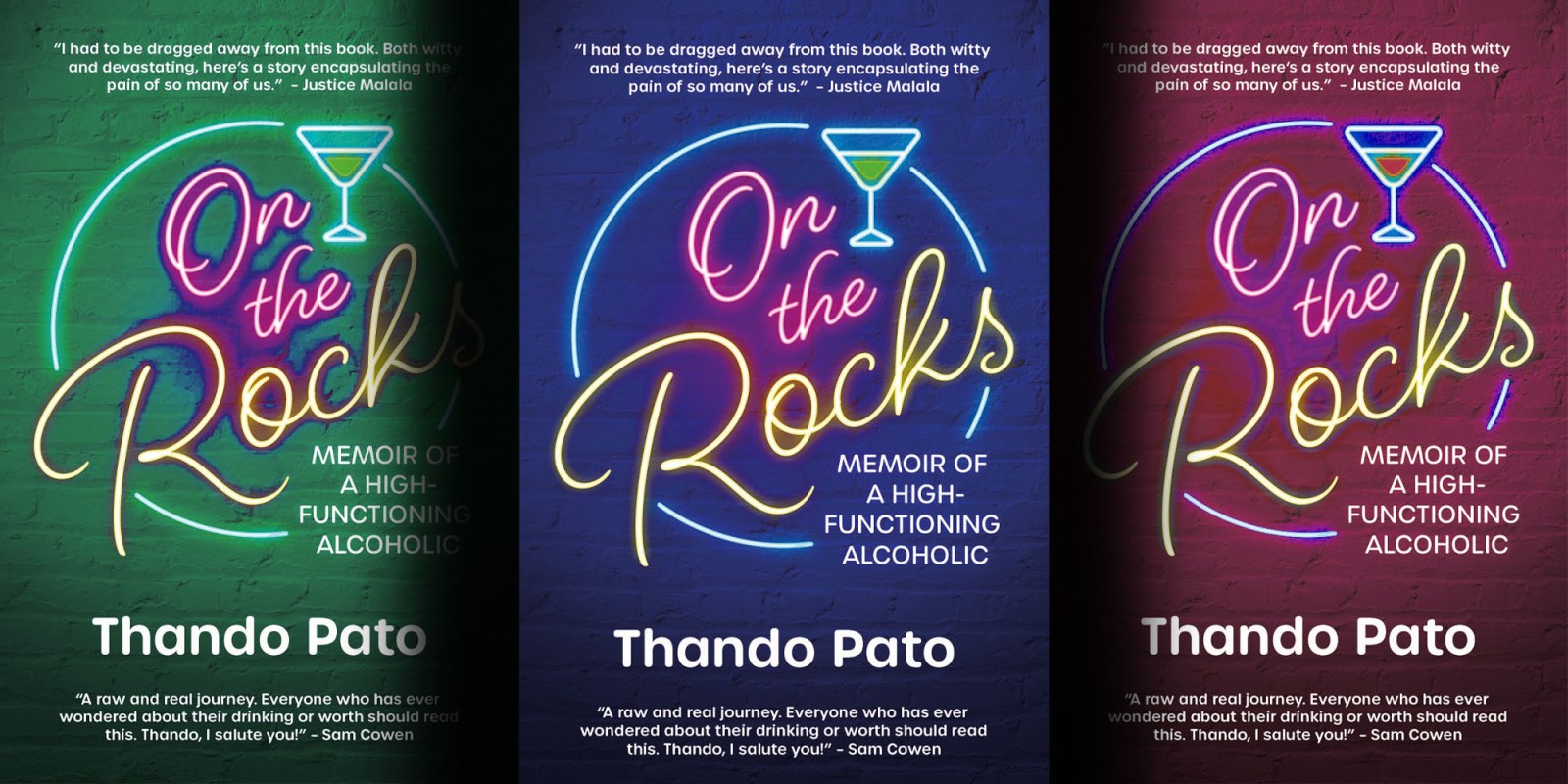 Thando Pato writes honestly about her battles with alcohol-dependence, anxiety and depression — and then cancer, in this new release, which also covers her recovery in the midst of the Covid-19 pandemic.

My brain can’t process what she is saying, and I feel overwhelmed, so I keep quiet and fidget with my jewellery.

A part of me wants to unload and unpack the drinking, but another part is resistant and keeps whispering, “We got this. Nothing is wrong.”

Thankfully, I decide to open up and talk about my drinking. At first, I can’t pinpoint why and when it started becoming a problem; I just delve into the countless stories of excess. There is a mixture of shame and relief as I open myself up to Ingrid.

Shame that I can drink so much all the time. Shame that I am not 100 percent in control of this. Shame that drinking rules so much of my life. The bravado that I display to the world is an illusion of control. The shame is the pink elephant in the room, and I dance around it as I tell her my stories. I also tell Ingrid about Liz and why I ended my sessions with her and my one-and-only AA meeting.

“There are different spectrums of the disease,” explains Ingrid, “so you have to look at where you fit in. I would classify you as a high-functioning alcoholic. Your drinking is very contained in that people who don’t know you well or who don’t live with you don’t know the extent of how much you drink and how much of it is a problem. On the surface everything is contained.”

“Contained” becomes a word that Ingrid often uses to describe my drinking and, later, my anxiety. Ah, anxiety. While we are unpacking my drinking and behaviours, one day out of the blue, I ask Ingrid whether I am bipolar. I am prone to violent mood swings. One moment, I can be the friendliest person, but if you say or do the wrong thing, instead of expressing my discontent, I shut down and become cold as ice. I have often wondered whether I am bipolar, but I don’t explain this to her, I just ask the question.

“No, you are not bipolar, but you do suffer from General Anxiety Disorder, which means that you are pretty much anxious all the time. As a result, your anxiety fuels your depression. When you are spiralling in your anxiety, you tend to descend into depression.

“But your anxiety is contained. You keep a tight lid on it, and you present a very calm façade to the world, but behind the wall that you have carefully put up and guard there is deep anxiety.”

General Anxiety Disorder. I have an anxiety disorder! What does she mean? Sure, for the last few months I have been feeling more anxious than usual, but that’s because I stopped drinking.

Right? General Anxiety Disorder, what does that exactly entail? I am one of the calmest people I know. When there is a crisis, I have nerves of steel. I have a resting-bitch face and rarely show emotion other than joy or anger. What does she mean I have anxiety? I relate to the depression part; I have been diagnosed with depression before, so that is not a surprise – but anxiety?

My mind starts spinning as I think back to Liz. Did she know? I went on mild tranquillisers for the panic attacks that I used to suffer from about six years ago, but neither Liz nor my GP mentioned anything about anxiety, or raise it in the way Ingrid has. My GP had positioned it as situational, not permanent.

I confront Ingrid with my questions and concerns. She can’t answer all my questions about how long I have had the anxiety. I may have had it all my life, and have been misdiagnosed because I have tried so hard to keep a tight lid on it, she says.

Later, I Google General Anxiety Disorder, also known as GAD, and some of the symptoms listed are descriptors of things I feel but have never had the language to describe. I certainly suffer some of the symptoms, but I thought they were simply toxic personality traits:

What’s worse is that, according to Ingrid, I am high functioning in my anxiety and when I read about that I see all the red flags – emotions I have been feeling, ways I have been acting – and suddenly a lot of things make sense.

For most of my adult life I have been told that I am an overthinker. I always thought I was just a worrywart; I never considered it to be more serious than that. I am the person who can make a mountain out of a molehill, and I always anticipate the worst. I worry about the serious and the most inane things simultaneously. Once I start ruminating, my thoughts take on a life of their own, and I become trapped in a hurricane of anxiety.

The possibilities of “what if” drown out any reasoning, and when this happens, I usually go inward and internalise what I am feeling. Sometimes I reach out and speak to someone, often Pusetso, who listens patiently and answers with things like, “Buddy, you need to get out of your head”, or “But it hasn’t happened yet – let’s worry about it when it does.” DM