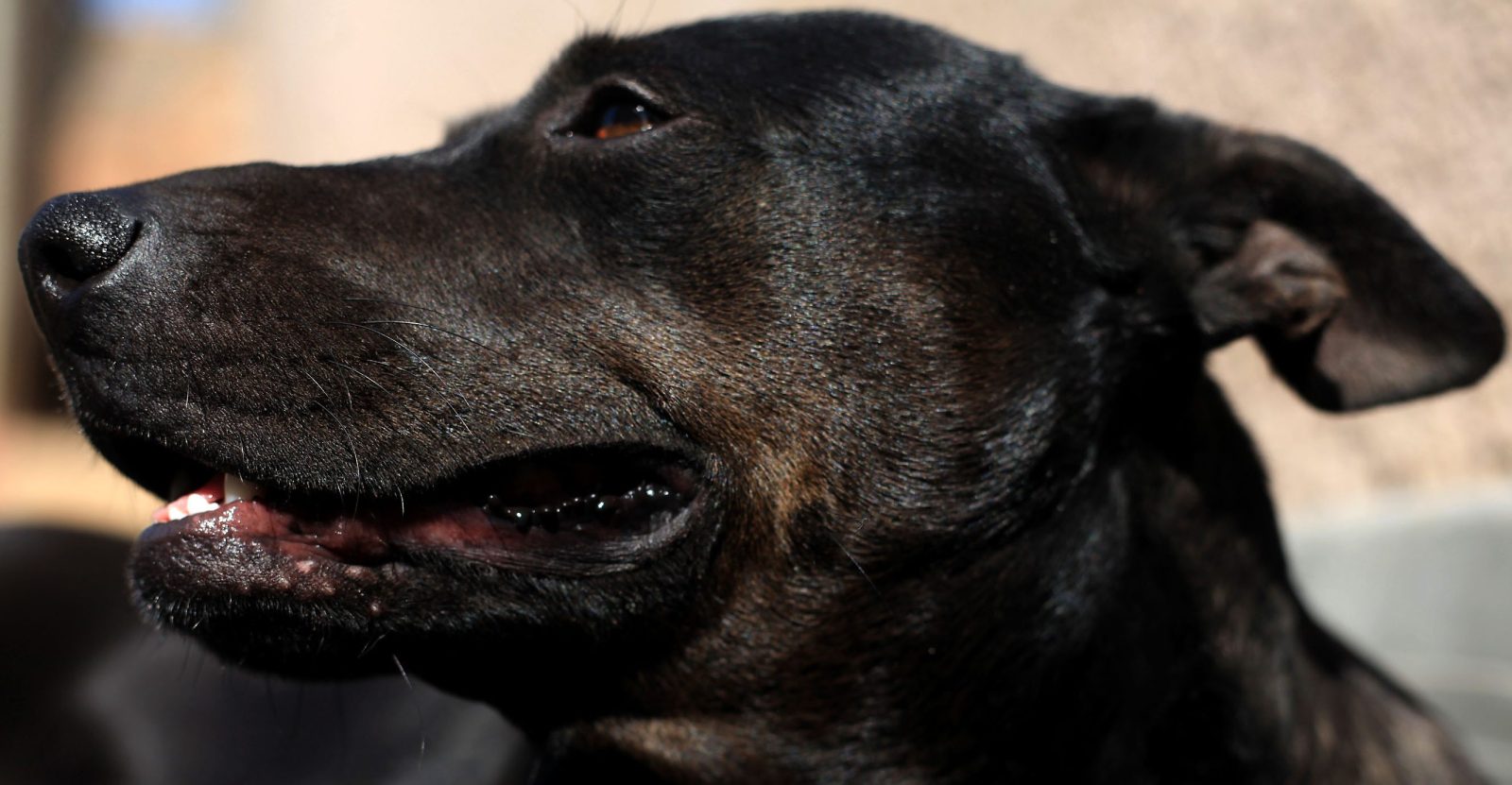 Family dog Moana survived being raped two years ago by a man who lived three houses from the Sithole residence in Dobsonville, Soweto. (Picture: Nhlanhla Phillips)

A family’s relentless determination finally got the wheels of justice turning on behalf of their beloved dog Moana, and helped turn the spotlight on the dangerous link between child rape and sex crimes involving animals.

The successful conviction and eight-year prison sentence for a Soweto man who raped his neighbour’s dog is being hailed as a clear warning from the courts that animal cruelty and the sexual abuse of animals will not be tolerated.

Behind the case — which has dragged on for more than a year and which ended with the harshest jail sentence yet imposed for animal cruelty in South Africa — is a family that decided to fight for their pet and stay the course, despite being fobbed off by police.

Eighteen months after the incident, the Sithole family of Dobsonville is “very happy and relieved” that they can put this chapter behind them.

They also hope that speaking out has helped create awareness about the abuse of animals, sexual or otherwise, in the country.

The case has set an important precedent — a man convicted of bestiality will spend years behind bars, which will hopefully have a deterrent effect.

And, for the Sitholes, their “sweet, good dog” Moana is fully recovered and even if she doesn’t know it, her family never gave up on getting justice for her.

Bouncing her five-month-old daughter on her lap, Makhosazana Sithole says: “We did what any parent would do. Moana is not just a dog — she is also our family.”

Husband Fred Sithole says it was just over two years ago when a family friend’s dog had puppies. He and his wife finally gave in to their then 15-year-old son Mandla’s pleading for one of the pups.

“We chose Moana because she looked a little bit sick and quiet,” says Fred, and they were intent on giving her a good life. Mandla gave her the name Moana, after the Disney cartoon character.

It was in the early morning of 21 November 2020 that the Sitholes were woken by urgent rapping at their window. Their tenant, who rents a backroom, alerted them that there was a man in the yard. Upon investigating, Fred found a neighbour, Mojalesa Plaas Mofokeng, crouched at Moana’s kennel, naked below the waist. When Mofokeng stood up, he tried to fasten his trousers.

“I went to the police and they didn’t take me seriously, because they are ignorant. Even when I said, ‘then what about this man trespassing in my yard’, they didn’t do anything,” says Fred.

Exasperated, he flagged down community patrollers and together they marched Mofokeng to the police station hoping that the perpetrator would then be arrested. The police did nothing.

In the meantime, Moana needed help.

“It was so much trauma for Mandla. He was not alright because it was he who had to carry Moana when we took her to Community Led Animal Welfare,” says Makhosazana.

CLAW in Durban Deep on the West Rand is a welfare organisation that provides veterinary services in some of the most impoverished communities.

“There we met Cora Bailey and she took this very seriously — she stopped what she was doing to help us, because she knew that this is against the law,” says Fred.

Moana had suffered extensive trauma, with injuries to her anus, tail and neck. She had been restrained with a belt.

The NSPCA was notified and Bailey, with inspectors Wendy Willson and Connor Burning (who have since left the animal welfare organisation’s investigations unit) shifted into high gear. Moana was treated by an NSPCA vet and a rape kit for evidence collection was obtained from the police’s sexual crimes unit in Moroka. A case was opened.

Willson went to the Dobsonville police station to educate officers on the laws that the suspect had broken by raping a dog. It contravenes both the Sexual Offences Act and the Animals Protection Act.

“Cora and CLAW staff recognised the severity of this crime because that is a sexual crime with the highest crossover rate. Those who commit bestiality are the most indiscriminate sexual predators. They cross over from animal sexual crimes to human sexual crimes, especially against children.

“Children, like animal victims, cannot speak out or fight back or report the attack, which is what makes these perpetrators so dangerous,” says Willson.

The NSPCA patiently took 18 months to shepherd the case through court. The Sitholes attended two hearings. Finally, there was a resounding victory.

“Even though there have been a few other successful convictions on bestiality cases, the sentences have been weak,” says Willson.

“These cases are also not talked about… they are still considered too taboo. And because most of the past convictions come from rural courts in cases that happened on farms, they don’t get written about.

“So in this case, a prison sentence of eight years is a good precedent and all the accolades must go to the Sithole family for fighting so hard for Moana,” she says.

Gauteng Regional Court magistrate E van Niekerk ruled that, “A distinction should not be made between the rape of an animal and that of a human. The courts therefore have a duty to protect the right of animal victims and to impose appropriate sentences to avoid the community from taking matters into their own hands.”

The NSPCA’s executive director, Marcelle Meredith, said in a statement that the sentencing should send a message that “animal rapists have been thoroughly cautioned of the consequences”.

Fred says that since the conviction, he has been speaking about the case in his community. “You find people are so disgusted, but they also tell you other stories… so these things with animals are going on.

“Sometimes people will just want to go and donner the guy and that’s it — but the police and the courts should deal with it.”

Makhosazana says the fact that justice prevailed for Moana has been of the utmost importance for her teenage son Mandla. “He’s so happy now.”

Outside the kitchen door of the family home, Moana is all whippy-tail wags and as trusting and friendly as before. Fred jokes that their pooch has become a celebrity as her photo often gets taken.

He offers her some kibble, shifts her sunbed to a better spot and, as she jumps on to her cushion, he reaches down to give her a scratch and to tell her again that she’s a good girl. MC