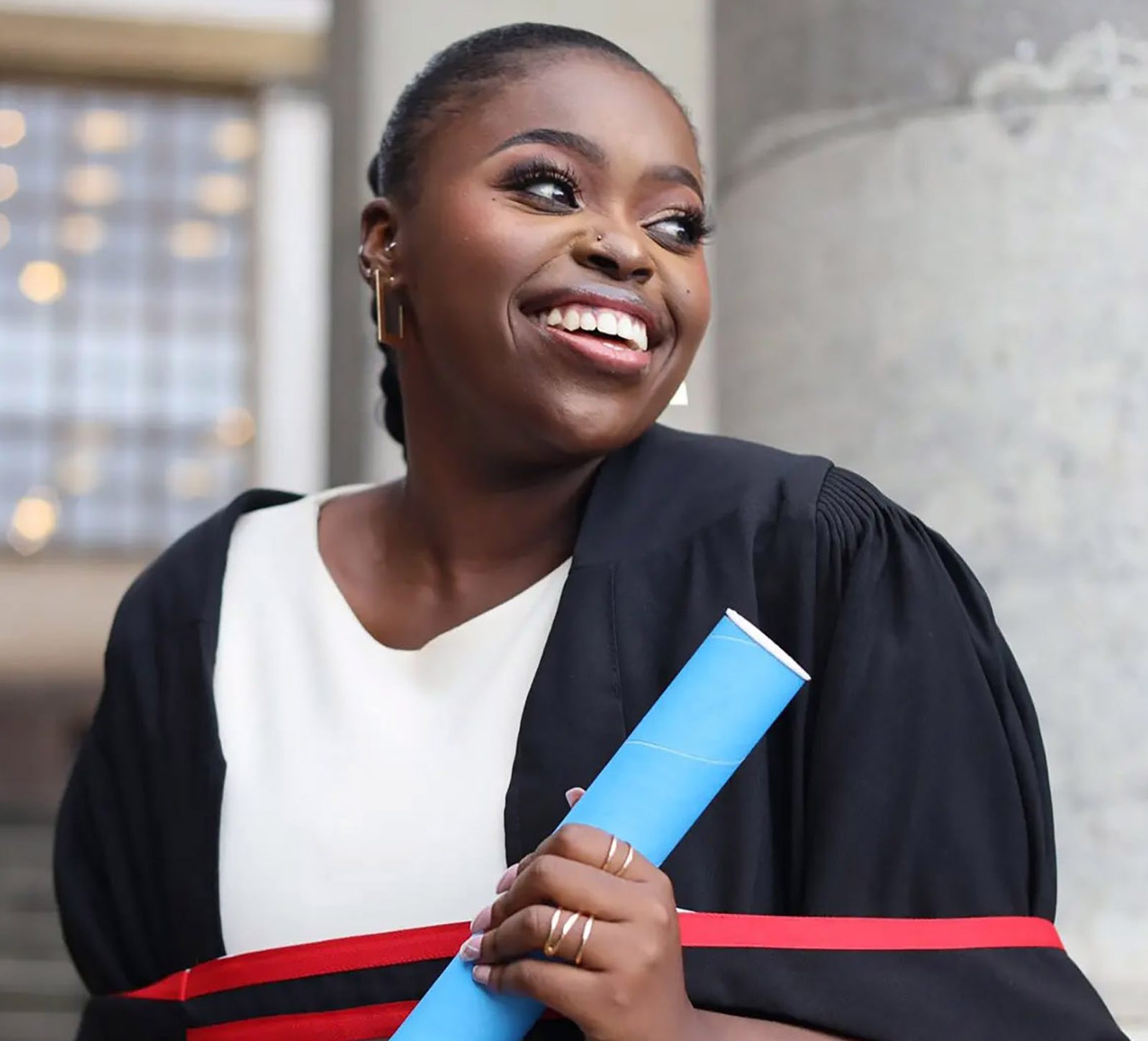 Newly graduated Dr Leago Sebesho says she is learning on her feet at Chris Hani Baragwanath Academic Hospital in Soweto.

Originally from Atteridgeville in Pretoria, Sebesho says she worked relentlessly at Marist Brothers Linmeyer High School in the south of Johannesburg, to get good marks so she could get into medical school.

Sebesho (25) graduated with a Bachelor of Medicine and Bachelor of Surgery (MBChB) with distinction from the University of Cape Town (UCT) in March 2022. She is now five months into an internship at Chris Hani Baragwanath Academic Hospital, known as “Bara”.

Sebesho is cutting her teeth as a doctor in Bara’s bustling trauma unit, and recounts the everyday realities facing healthcare staff at the sprawling hospital.

“We see such an array of pathologies on a daily basis. We see gunshots all over the body, car accidents, pedestrian accidents, a lot of gender-based violence, a lot of mob assaults. We see bites, we see people who cut themselves, we see a lot of falls.

“It is an adrenalin rush because as an intern you’re often the first point of call. So when the paramedics bring patients in, you’re the person they speak to. And you have to decide whether the patients go into resus [the resuscitation area], which is for more life-threatening complications, or what we call ‘the pit’ at Bara, which is for people who aren’t as severely complicated right then.

“Interns do get opportunities to go into the resus area to contribute to the team handling those life-threatening cases as well. We get to be very hands-on, doing sutures, putting in drains, we get to do various kinds of procedures, like administering different kinds of antidotes.”

Sebesho is learning to brace herself for tough moments on the job. “It takes three things. Mental preparation before, then mental agility and stability when you’re within it, but also good coping mechanisms for after. I mentally prepare myself by reading based on the common things that I see – this is how we treat A, B, C, D. So that I’m prepared and don’t feel overwhelmed during the call. And then mental agility; you have to be focused on why you’re there.”

What are other challenges facing young doctors training in South Africa?

“I think it’s the hours,” says Sebesho. “It’s strenuous having to work those long hours on call, to think critically and be your best when you’re exhausted. I think that’s a huge challenge and a big adjustment. I think sometimes resources are a challenge depending on what hospital you work in.”

And patients can be rude. “Some of them are intoxicated, some of them are aggressive. You have to remind yourself who you are when you approach those kinds of patients… I need to be kind, full of love, putting people first.”

Sebesho is saddened that the majority of trauma admissions at Bara stem from poverty and socioeconomic circumstances.

“You see a lot of things that are traumatic to the eye, but you get used to it. You will see a lot of things that are quite emotional, like homeless people being robbed and women being beaten by their partners, kids who get burnt. And it’s all socioeconomic issues that contribute to these things. You know, people living in shacks who are using paraffin stoves, people cooking on fires, people using resources that are dangerous.”

At her graduation ceremony, Sebesho was awarded the UCT Health Sciences Faculty’s Forman Prize for a scholar who made a special contribution to student affairs. Having started her studies in 2016, she was part of the first medical graduation cohort who took part in the 2016 #FeesMustFall protests.

Reflecting on her decision to become a doctor, she says: “I think, as a doctor, you have the privilege of holding vulnerable people in your hands. Growing up, I always knew my mom was the first point of call for so many people… And she always showed up for them. I admired that and saw myself doing the same thing.”

Sebesho’s studies were covered by UCT’s Klaus-Jürgen Bathe Leadership Scholarship Programme aimed at “producing graduates with outstanding leadership qualities and a strong sense of social justice”, courtesy of a donation by mechanical engineering professor Klaus-Jürgen Bathe of the Massachusetts Institute of Technology, as well as financial assistance from close family and friends.

She intends to complete her two-year mandatory internship at different units within Bara, followed by another year of compulsory community service, after which she might specialise as an internist or in public health. DM168

* This is an edited version of a story that was first published by Spotlight.