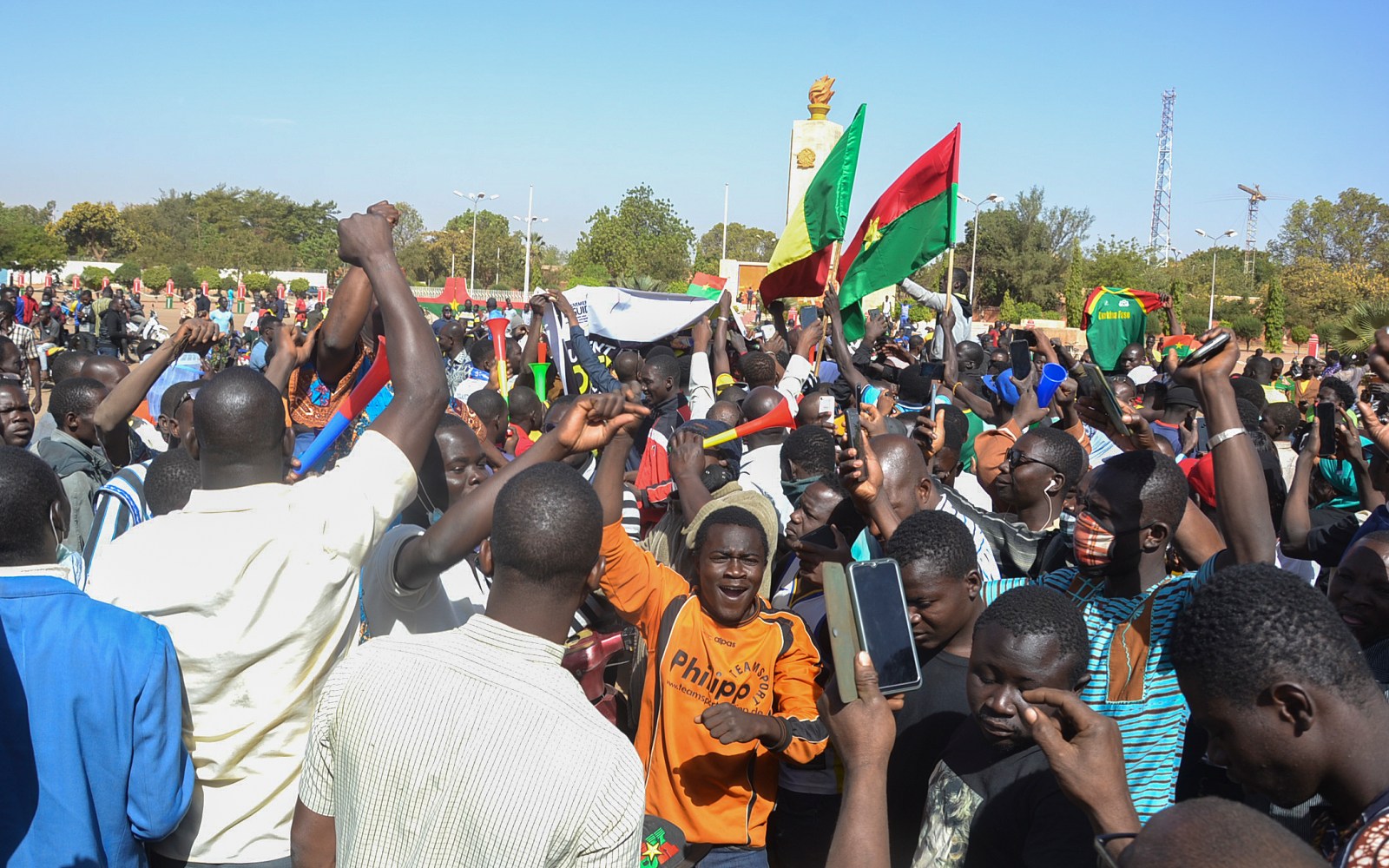 Any military strategies aimed at regaining territory from violent extremists must prioritise the protection of civilians.

The junta in power in Ouagadougou justified the 24 January coup by citing the inability of former president Roch Marc Christian Kaboré’s government to provide security in Burkina Faso. By making security its primary objective, the regime raised people’s hopes of a rapid return to peace and stability.

Three months after the putsch, however, the military hasn’t been able to reverse the growing insecurity, and incidents of violence occur almost daily.

Armed Conflict Location & Event Data Project (Acled) figures show 610 attacks, mainly involving violent extremist groups, between 25 January and 8 April 2022, that killed 567 people (Chart 1). Compared to the corresponding period in 2021, incident numbers have quadrupled and deaths tripled. Insecurity was rising before the coup, and extremists have taken advantage of the break in the chain of command.

Jihadists also strengthened their grip on various regions of the country in February, notably the Sahel, North, East and Central-North regions. In the Sahel region, they controlled roads to isolated areas. In mid-February, the violent extremists imposed a blockade on Djibo and threatened to extend it to Dori. On 11 April, in Central-North, gold mining company Société des Mines de Taparko was forced to close for “security reasons”.

The already significant number of displaced people in the country has increased. According to the National Council for Emergency Relief and Rehabilitation, numbers rose from 1,741,655 at the end of January to 1,814,283 at the end of February — an increase of 4.17% (Chart 2). Burkina Faso faces the largest forced displacement crisis in the Sahel, accounting for 64% of all displaced people in the region.

With violence persisting, the initial euphoria of the coup has subsided, making way for criticism of the new authorities’ inability to restore security. Transitional president Lieutenant-Colonel Paul-Henri Sandaogo Damiba blamed the lack of progress on the need to set up transitional institutions, which will provide a political framework for a more effective fight against violent extremism.

February and March were devoted to this political process. It resulted in the definition of a charter specifying the duration (36 months) and the organs of the transition and their composition and missions. The government and the legislative assembly of the transition were also installed.

But the Burkinabè don’t want to wait any longer. If not properly addressed, their expectations might lead to a new political crisis that could plunge the country into more instability.

In early April, Damiba announced that the first results of the new strategy would be visible within five months. To make this happen, he’s counting on recently agreed measures to reinvigorate the state’s response to insecurity.

These include major changes to the security apparatus. The heads of the main commands and operational units have been replaced. A new national operations command was created, and retired military personnel were called in to strengthen security force capacity. The authorities have promised to improve defence and security forces’ equipment and living conditions. An audit of the military’s management was announced, the results of which should be used for better internal governance of the institution.

As increased military action looms, authorities must prioritise civilians’ protection. Data from September 2021 attributed 10% of abuses against civilians to pro-government forces (defence and security forces and “volunteers for the defence of the fatherland”). Violations of civilian rights feed a mindset of revenge among ordinary people, making them more likely to join or collaborate with jihad groups. The urgent need to restore security should never justify shortcuts and simplistic methods that sacrifice civilians’ safety.

In addition to revitalising the military, the authorities are showing a commitment to dialogue with armed groups. The ministries in charge of national reconciliation and religious and customary affairs will be the main political interlocutors. In his national address on 1 April, Damiba said he hoped such dialogues would involve the local committees created for this purpose.

Ad hoc dialogue has happened before, for example in 2020 in the Djibo region. This created relative calm during the presidential elections. The current initiative, unlike its predecessors, benefits from clear institutional support and strong political will, even if the details and content of the dialogue aren’t yet defined. To maximise its chances of success, the process should be informed by past learning.

The effectiveness of Burkina Faso’s responses, whether military operations or dialogue, will depend largely on how well they are implemented and synchronised. The sequencing, coordination and articulation of these two components must be clarified, so they complement rather than compete with each other.

In the absence of insisting that Burkina Faso returns to constitutional order within a ‘reasonable’ time, the credibility of these partners rests not just on strict adherence to processes but on constructive approaches to helping the country achieve its security goals. Economic sanctions, which Ecowas has threatened if the country’s authorities don’t revise the transition schedule, could trigger a negative spiral and lead to a break in relations.

Regional and sub-regional organisations could also draw on the expertise of neighbouring countries to support local dialogue in Burkina Faso. With European partners’ withdrawal from Mali and uncertainties about their support mechanisms for Sahelian states, the AU and Ecowas should increase their engagement with states in the region that are plagued by insecurity and political instability. DM

This article first appeared in the ISS’ PSC Report.