‘Here’s the Thing’ – Haji Mohamed Dawjee writes what she likes 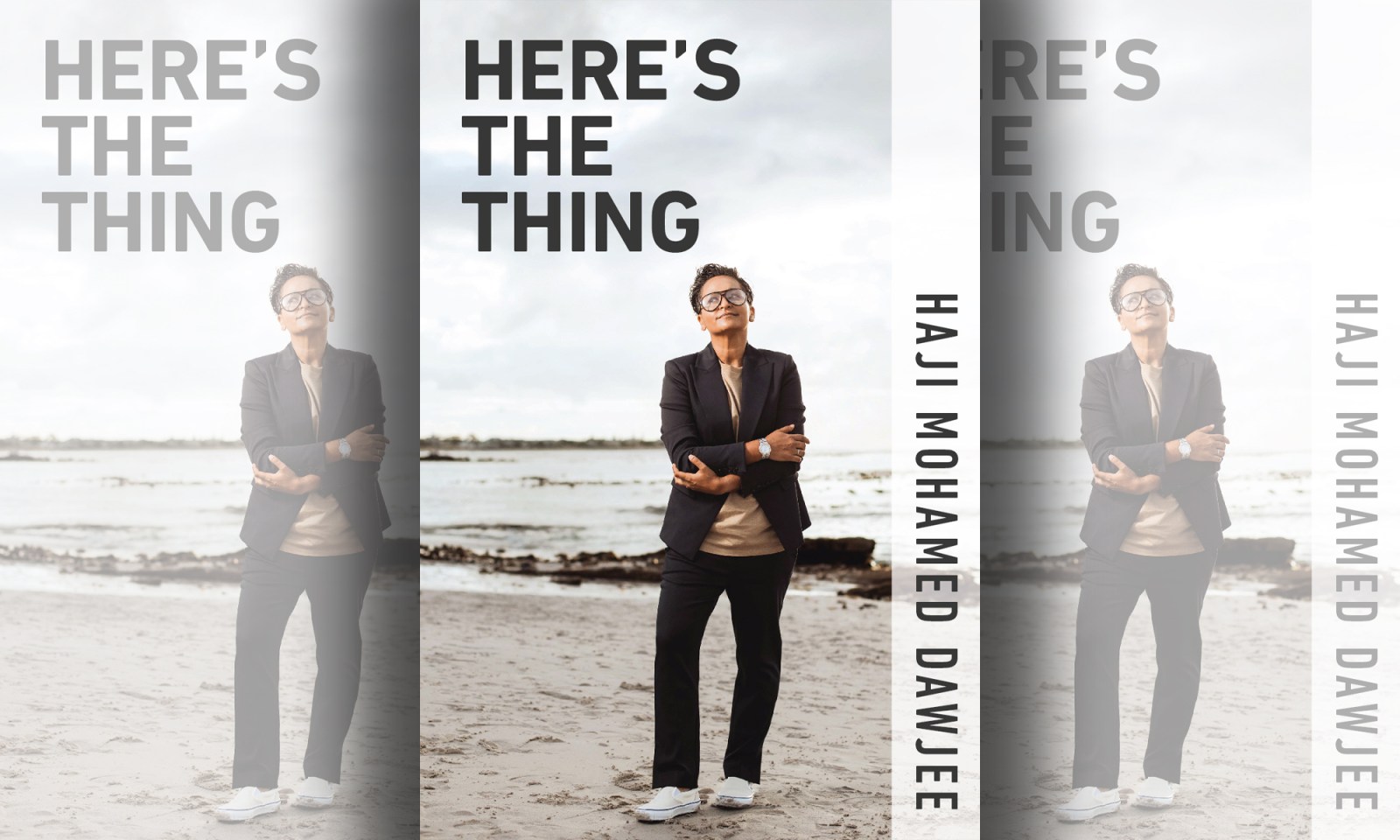 In her new set of essays, Haji Mohamed Dawjee delights in the everyday. She writes about parenting, the body, her marriage and the pain of losing her beloved dad Salahuddien.

I met her dad and mom, Gori, when Dawjee launched her first book of essays called Sorry, Not Sorry: Experiences of a Brown Woman in a White South Africa in 2018.

He was a mighty father and wonderful man, and Dawjee opens her book of essays called Here’s the Thing with a tribute to Salahuddien, who died in 2019. Three weeks later, the adoption agency called Dawjee and her wife Becs (Rebecca Davis of Daily Maverick) to say that their son had been matched to them. Little Miles Salahuddien Davis-Dawjee is their son and he becomes a delightful persona through the book as his moms share the journey of being new young parents.

Salahuddien and Miles capture the joy and pathos of Dawjee’s new collection, which is also resplendent with a new quality in her work – self-confidence. Her first set of essays were generational and resonant because she tackled head-on the subject of being black and brown in a white South Africa. Her essays on workplaces and contemporary culture earned her a place and a voice in a young generation of people who fight battles people like me often assumed impermeable.

This time, Dawjee has written a collection of essays about ordinary life with a capital L. It is still a profoundly political text, but there is a lightness of being that makes the collection even more compelling than the last.

Davis captures this spirit or intent perfectly in her foreword.

“I have [also] witnessed the ways in which Black journalists are often groomed for specific beats – social justice issues, for instance, and politics. Sometimes the reasoning might appear pragmatic: a journalist who grew up in a township might be assumed to have a particular passion for issues affecting South Africa’s poor; they also intend to be fluent in indigenous languages other than Afrikaans, which most white journalists – including me, to my shame – are still not.

“But what these unspoken – and sometimes well-meaning – policies amount to in practice is a drastic fencing-off of the writerly territory available to Black journalists and columnists. How often – if ever – have you opened a local travel magazine and read a lengthy feature on game reserves by a Black journalist?

“Entire swathes of ‘lifestyle’ content in local publications are still almost entirely the preserve of white writers – who, it goes without saying, are equally at liberty to also write about politics, economics, or almost anything else they might decide on, particularly if they are male,” writes Davis.

Dawjee breaks a mould with this selection and blazes a trail for those of us who want to follow. I know I do. My long-time passion is to write a yoga and health column but for reasons of history and responsibility, I stop myself and do potholes and politics instead. Her essay “Writing what we like” is a guide for many of us who struggle to break free of imposed shackles.

Dawjee engages the beauty and fragility of life, writing about cancel culture, street violence against women, love and parenting in her collection. After writing an essay on the Cape Flats gang culture, Dawjee is “cancelled” on Twitter in the way that vicious hunting digital armies can do. Her experience and essay are required reading on what social media can do to civic culture.

There is good-sense “adulting” advice on how to navigate the journey of young adults and a hilarious essay on her journey to avoid a “pear-shaped” body.

Here’s the Thing is an easy and joyful read by a truly marvellous young South African woman. Do get a copy. DM/ML

Here’s the Thing is published by Pan Macmillan and sold at bookstores around the country. Retail price: R320.