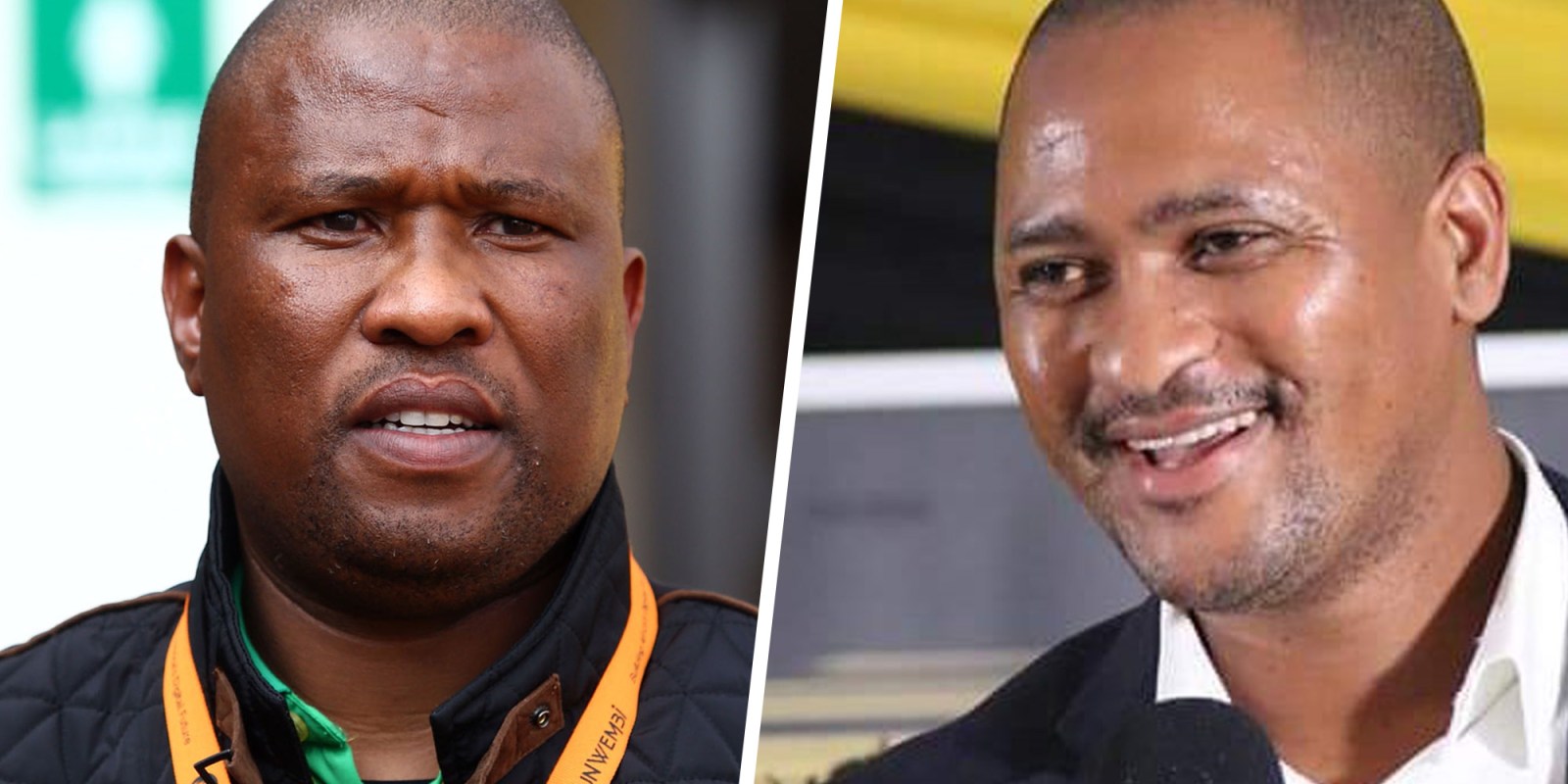 The outcome of this weekend’s ANC conference will be keenly watched by supporters of President Cyril Ramaphosa – both for the outcome of the leadership election as well as for a possible push-back from the floor.

The outcomes from the weekend’s Eastern Cape conference of the governing party are set to provide possible clues on the mood to be expected at its year-end conference, now only seven months away.

ANC treasurer-general Paul Mashatile this week overruled a fifth attempt by provincial leaders to postpone the gathering. They cited disputes over whether branches in two regions were eligible to participate.

The Eastern Cape is only the third province – after the Northern Cape and Mpumalanga – to go to conference following the Covid-19 shutdown and the enforcement of the rule that leaders facing criminal charges should step aside. This saw the suspension of one of the party’s most powerful people, secretary-general Ace Magashule, just over a year ago, at a meeting conducted over Zoom.

This will be a test of President Cyril Ramaphosa’s leadership and for his support, political analyst and author Ralph Mathekga says.

“I have serious doubts about Ramaphosa’s ability to push back against people trying to change the agenda from the floor. I’m not sure he can control a conference from the ground,” Mathekga said.

The ANC has made far-reaching decisions during its Zoom meetings during the Covid-19 lockdown, he added, comparing it to the sacking of former deputy president Jacob Zuma by Thabo Mbeki, when he was president. “That thing has never been tested by live warm bodies.”

Even though both the Northern Cape and Mpumalanga expressed support for Ramaphosa to serve for a second term following their provincial conferences, there were also some recent setbacks.

On Sunday, Ramaphosa had to leave a Workers’ Day rally in the North West without delivering his keynote address after striking mineworkers disrupted proceedings.

The party was also recently forced to clarify its step-aside rule after a surprise push from the branches saw at least three leaders with charges against them elected to prominent positions in the Mpumalanga and eThekwini regions. This was considered to be a setback for the party’s “renewal” drive under Ramaphosa.

A further concern for Ramaphosa would be the rumoured unhappiness of party chairperson Gwede Mantashe, whose home base is the Eastern Cape.

Mantashe was the party’s secretary-general from 2007 to 2017, a decade during which he enabled Zuma’s stay in power until he switched allegiance before the party’s Nasrec conference in 2017, which saw the election of Ramaphosa.

The secretary-general is in charge of decisions over which branches and delegates attend conferences, and in that way holds a lot of sway over the outcome.

Mashatile, who is currently also acting as party secretary-general, is assisted by Gwen Ramokgopa, who supports Ramaphosa’s objectives of party “renewal” – ridding it of certain leaders with criminal charges.

Both leaders vying for the top position in the province are seen as supportive of Ramaphosa’s leadership.

Provincial premier Oscar Mabuyane, who was elected provincial chairperson in 2017 during a highly disputed conference, is expected to contest against Babalo Madikizela, who served as the party’s provincial treasurer.

Mabuyane is very confident about the outcome of the conference and maintains that the perception that Madikizela is the front-runner, remains an idea for now.

“A perception is a perception. I have worked very well with Madikizela both in the ANC and government; we have done an excellent job building the ANC here together. We do not have personal issues and we remain friends, we are just in this space as the ANC because other people believe he can do better as leader. I do not want us to venture into that space of speculating,” he said.

He added: “We had ambitions that we will have a clean conference that will be uncontested. We thought we would not be here now, but it is part of the ANC’s DNA [to have contestations].”

Traditionally, any leader who wants to vie for the party’s national leadership needs the majority support of either the Eastern Cape or KwaZulu-Natal, two of the most powerful provinces in the party.

Mabuyane is said to consider himself one of Ramaphosa’s foremost campaigners, and he would need to pull off a win if he wants to remain as such.

Although Madikizela has expressed his support for Rampahosa’s leadership, he was part of a push for Zweli Mkhize to run for president in 2017.

If elected, he is likely to support Mkhize’s return to the party’s top six leadership after the former health minister was forced to step aside over reports he allegedly corruptly benefited from a communications tender.

Both Mabuyane and Madikizela are themselves tainted by findings in a report by Public Protector Busisiwe Mkhwebane that they benefited from the R1,1-million paid to the Mbizana municipality to help transport members of the public to struggle stalwart Winnie Madikizela-Mandela’s funeral service in Gauteng.

The money was paid to the Mbizana Local Municipality, but later transferred into another account from which Mabuyane allegedly received R450 000 for renovations to his East London home. R350 000 was allegedly also transferred to a company owned by Madikizela’s wife. A further R288 000 was allegedly paid into the ANC’s fundraising account.

The docket was handed to the Hawks in 2020 and Mabuyane has since gone to court to dispute the investigation, claiming that this was an attempt by his political rivals to unseat him. Despite the pending investigation, the party’s provincial integrity committee has cleared both leaders of wrongdoing.

Madikizela’s bid for leadership received a boost this week when the party gave Teris Ntutu the green light by Mashatile to run as provincial secretary on Madikizela’s slate at the eleventh hour.

Ntutu’s corruption and fraud charges related to a R10-million tender from the Mnquma municipality were dropped last month. He was asked to step aside as Amathole regional secretary in February due to these charges.

Former OR Tambo municipality speaker Xolile Nkompela is also back in the race to contest as deputy with Madikizela after his suspension by the provincial structure – for defying an order by the provincial executive committee to resign as speaker – was overturned by the ANC’s national disciplinary appeal committee.

Also on Madikizela’s slate, for the treasurer position, is former Nelson Mandela Bay councillor Andile Lungisa, who got early parole after 91 days in prison for assaulting a DA councillor in 2016.

Rulashe survived an apparent attempt on her life when someone opened fire on her home in January.

Another hopeful, deputy legislature speaker Mlibo Qoboshiyane, has positioned himself as a “third way” between Mabuyane and Madikizela, but he might end up siding with Madikizela as he has less support than the two frontrunners.

The shadow of political assassination will also be haunting the conference. The ANC councillor for ward 43 in the Nelson Mandela Bay Metro, Andile Andries, as well as his acting branch secretary, Lubabalo Keso, were gunned down over the weekend in KwaNobuhle. It is still unclear whether this double assassination was related to politics or to their work in the minibus taxi industry.

Mabuyane does not believe the assassinations can be linked to ANC politics at this point.

“That is what we believe in and we are still trying to figure it out. It must be looked at and addressed,” he said.

Speaking at a press conference on Friday morning at the International Convention Centre in East London, Mabuyane said that proceedings would be running smoothly as no kind of rebellion is expected from delegates.

“You can see the precinct and how security has been tightened, delegates will be safe.

“There cannot be a rebellion, people who are going to be rebellious have been creating the wrong impression about numbers, we have been telling people to practise restraint. The reason why you hear people speaking about money now is because they are trying to change the narrative. There is no point for people to be rebellious.” DM