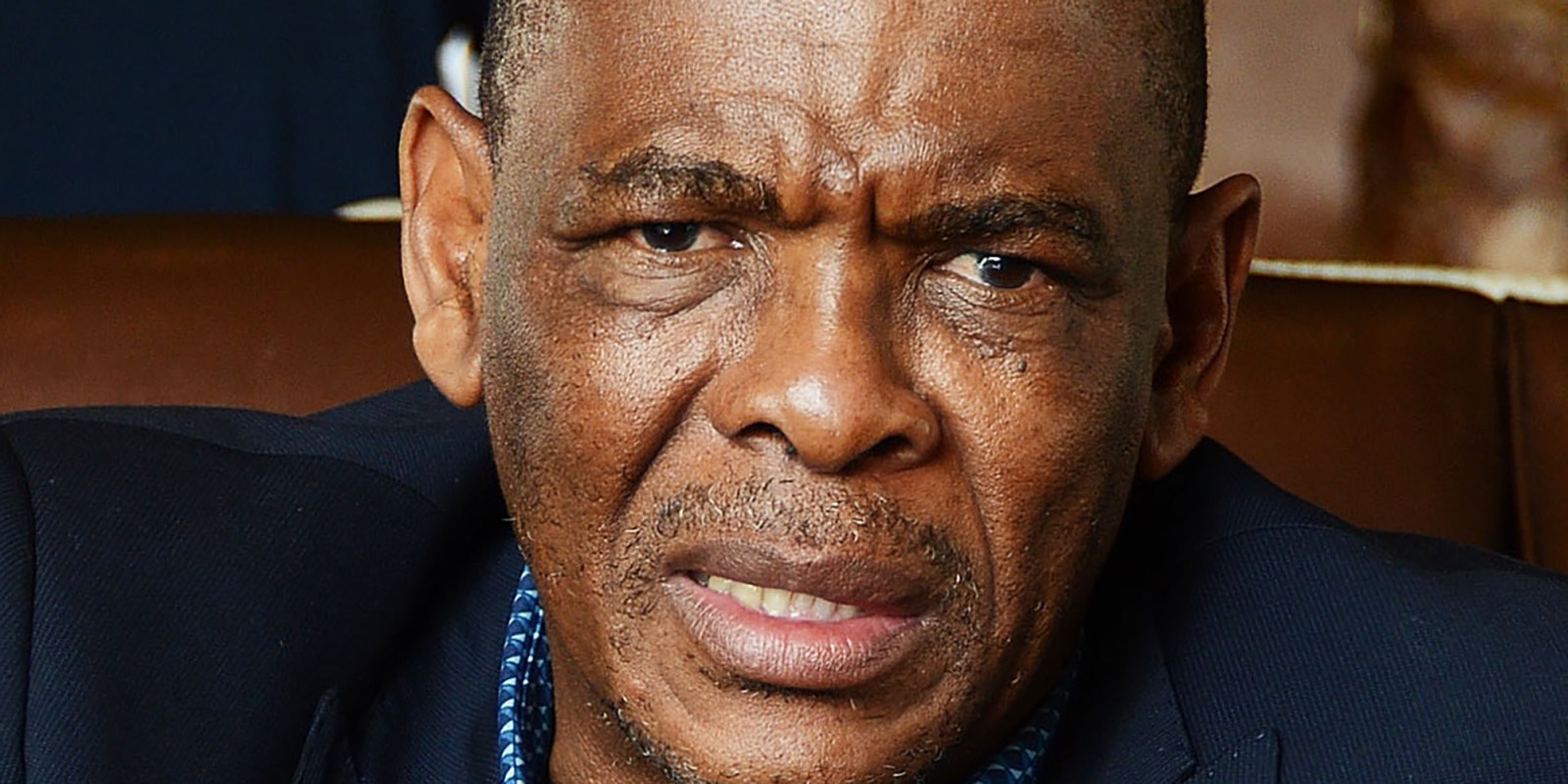 The end of the dispute between President Cyril Ramaphosa and Ace Magashule could be the first significant step towards strengthening the ANC into a coherent political movement able to enforce its will.

The decision by the ANC’s National Executive Committee (NEC) to remove suspended Secretary-General Ace Magashule from its meeting over the weekend suggests that his time as a political player on the ANC’s national stage may be over, at least for a while. The decision to also remove the former Cabinet minister Bongani Bongo reinforces consistency, that this is not about one person, but a principle.

At the same time the implementation of the decision that those criminally charged must step aside, could have important implications for virtually all the ANC’s provincial organisations, ushering in a new period of fighting for the overall balance of power. Political peace and harmony still appear a long way away.

Reports over the weekend that Magashule attempted to join the ANC’s NEC meeting suggest that after a discussion, the NEC decided he must be removed from the meeting, which was held virtually via Zoom.

It’s understood that it was ANC Chair Gwede Mantashe who first said Magashule should not be a part of the meeting, and that there was little support for Magashule in his quest to remain in the meeting.

While he had already told the SABC on Friday evening that he would try to attend the meeting, this was always going to be difficult for him.

Insistence on attending the meeting would bring the risk of humiliation, should he be removed.

However, had he not attempted to attend, this may have been construed as him giving up his fight against his suspension. Magashule has consistently claimed he is not suspended, because he has appealed the National Working Committee decision.

While the ANC’s rules do make provision for an appeal, they also say that during a suspension, a person cannot be involved in decision-making while conducting their appeal.

It was reported that Bongo was also kicked out of the meeting; he faces charges relating to a land deal in Mpumalanga.

This will help cement what President Cyril Ramaphosa may see as an important principle, that in future anyone in the party who has been criminally charged will have to step aside from their position. As Professor Anthony Butler suggested in Business Day last week, this may have been his intention all along, to use the example of Magashule to inculcate this principle.

Magashule was elected to the position of secretary-general, pipping Senzo Mchunu to the post by one of the tiniest margins ever. He had very little support outside the Free State.  Before being criminally charged, the South African public had seen a detailed case against him outlined at the Zondo Commission.

Magashule may have been a perfect target for Ramaphosa. Now that someone as senior as the secretary-general has been suspended, it will be extremely difficult for anyone in the future to withstand the pressure to step aside should they be criminally charged.

There is also the fact that Magashule has never had “popular support” among voters, and very few people have openly expressed support for him – especially when compared to the voices that have been demanding his removal on virtually every platform in South Africa, bar Independent Media newspapers.

The “Get Magashule” project could be seen as part of a bigger change in the ANC.

During the Mbeki years it was possible for the party to have a leader who was generally unpopular, or, at best, left the electorate unimpressed. (Despite this, the ANC had its most convincing national election win under Mbeki, in 2004 – 69% of the vote.) And while Jacob Zuma did start with popular support, his popularity waned – and his approval ratings during that time demonstrate this – as the scandals in which he was involved grew.

As the ANC’s support started to drop, together with support for the party’s corrupt president, the 2016 local elections were a massive sobering point.

With his high personal popularity, Ramaphosa arrested the decline and even managed to post better results in the 2019 national elections.

Magashule simply could not muster popular support, particularly when compared to Ramaphosa, who appears to be generally and genuinely popular. This is another warning to the ANC, that it cannot afford to elect someone against the “popular will”.

However, this is a two-edged sword, as it opens the door wide to a more populist form of leadership in the future.

At the same time, Ramaphosa has nullified the man whom many regard as his main enemy in the party. But this enemy solidified the coalition of forces around him, and these forces may now start to squabble among themselves.

Magashule does not have the same policy positions that made Julius Malema such a well-known figure before his expulsion from the ANC. He may not have a constituency, and he lacks a significant group of people ready to stand by him.

While this in-fighting could be relatively minor compared to the contestation we have seen over the step-aside resolution, it does not mean there will now be peace and harmony within the ANC.

Then there are two big issues which the party faces.

The first is that, as former president Thabo Mbeki appears to have warned in the NEC meeting, there could be a breakaway from the party. And the second is how this will affect the balance of power in the ANC in the provinces.

While a new party rising out of the current crop is always a possibility, for the moment the odds are against it.

Magashule does not have the same policy positions that made Julius Malema such a well-known figure before his expulsion from the ANC. He may not have a constituency, and he lacks a significant group of people ready to stand by him.

He may also need money. While the book Gangster State outlines how money flowed around Magashule, its author Pieter-Louis Myburgh has suggested Magashule may not have been able to amass real capital. It is possible there may not be any funds left for him and his allies to start a new party.

Also, there is the small matter of the criminal case against him. It may make more sense to concentrate his resources there rather than on trying to create a new movement.

At the same time, for structural reasons, it has proven difficult to start new political movements in South Africa, as many have discovered.

Then there is the issue of the balance of power in the provinces.

Depending on how the count is conducted, there are about 65 people who currently occupy positions in legislatures, or the ANC, who face criminal charges.

In each case, as they step aside there will be positions suddenly vacant along with the consequent competition for power.

For example, Zandile Gumede has strong support in eThekwini. If she now steps aside there could be some pushback, or a demand that an ally takes her place in the KwaZulu-Natal legislature. Her supporters may also try to vote for her should the eThekwini regional conference ever take place.

The sheer nature of our divided society and the large number of different constituencies that it creates is likely to make our politics difficult for many years to come. And the biggest political dynamic of the last decade has been the weakening of any central political authority.

But the end of the dispute between Ramaphosa and Magashule, and Magashule’s defeat, could turn out to be the first significant step towards turning that around.

It could be the first step towards the strengthening of the ANC into a coherent political movement that is able to enforce its will.

But this process will not be easy, or quickly achieved. DM