South Africa’s $8.5bn climate finance deal ‘could be a global benchmark’ for other coal-dependent countries 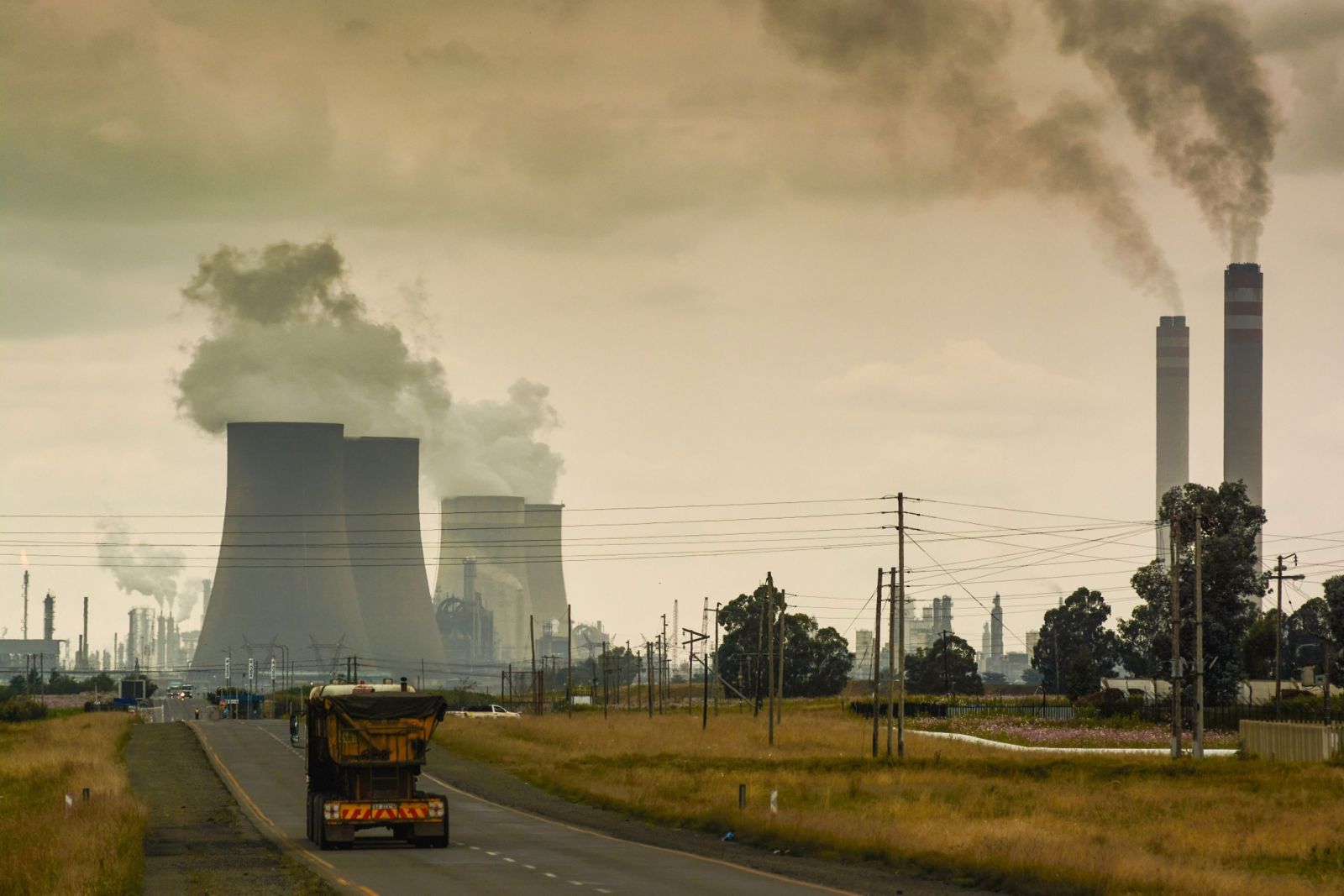 Sasol's Secunda coal-to-liquids plant in Mpumalanga. Despite South Africa’s battles with energy security, a powerful coal-mining lobby and a sympathetic energy minister have proved to be stumbling blocks to the rapid roll-out of wind and solar energy. (Photo: Waldo Swiegers / Bloomberg)

The world will keenly watch how South Africa uses the chunk of cash from rich nations to move away from coal and focus on green hydrogen and electric cars – not forgetting Eskom’s debt – says the man heading the talks on the deal.

South Africa’s planned $8.5-billion climate finance deal with some of the world’s richest nations could serve as a blueprint for other coal-dependent countries, according to the head of its negotiating team.

The potential funding, which will be made available over three to five years, was announced at the COP26 climate talks in Glasgow in November. Under the arrangement, the US, UK, Germany, France and the European Union plan to provide finance to help the country cut its use of coal, which is used to generate more than 80% of its electricity.

“We are acutely aware that the eyes of the world are on us,” Daniel Mminele, a former deputy Reserve Bank governor who was appointed to head the talks for South Africa in February, said in an interview on Tuesday. They would like to see it “at best as a model or benchmark that can be emulated”.

South Africa, the world’s 13th-biggest emitter of greenhouse gases, was seen as an ideal prototype for the climate-funding arrangement because of the advanced age of its coal-fired power plants and its sophisticated capital markets. Commitments the government and state power utility Eskom have made to cut emissions and take the impact of a clean-energy transition on coal-dependent communities into account, have also encouraged funders, Mminele said.

Other nations that are in talks to benefit from similar arrangements are Indonesia, Vietnam and India. Mminele (57) said the aim is to be able to announce considerable progress by the time the COP27 conference takes place in Egypt in November 2022.

“Initial discussions are taking place and as we go along we will be sharing with countries that may be looking at similar programmes,” he said.

South Africa’s battles with energy security have lent urgency to the talks. This week, Africa’s most-industrialised economy was hit again with the intermittent power outages that have plagued it for more than a decade.

Even so, a powerful coal mining lobby and a sympathetic energy minister, who once served as a coal-mining union leader, have proved to be stumbling blocks to the rapid roll-out of wind and solar energy.

In a February interview with Newzroom Afrika, Mineral Resources and Energy Minister Gwede Mantashe said the country shouldn’t rush to close its power plants or bow to pressure to rapidly change its energy sources, and that it should be wary of the terms of finance offered. He held up China, the world’s biggest polluter, and Australia, the world’s second-biggest coal exporter, as models to emulate, saying they had taken the needs of their economies into account.

While transitioning electricity generation away from coal will be the focus of the deal, money also may be allocated to kick-start green hydrogen and electric vehicle industries in South Africa, according to Mminele.

“These are the three things which we are going to tackle, but it goes without saying that electricity is the key priority area,” he said. “But those other two areas will be developed in parallel.”

Part of the money allocated to electricity provision will need to be apportioned to replacing coal-fired plants with renewable energy on the same sites, protecting communities whose livelihoods depend on coal, and strengthening the grid in areas of the country that while rich in solar- and wind-power potential, have weak transmission infrastructure.

The new funds are expected to come in the form of concessional loans and grants. The structure of the deal, details of which are still being worked out, shouldn’t add to Eskom’s unsustainable R416-billion debt burden.

“I doubt that we could proclaim success if we make it worse and add to what exists,” said Mminele. “The debt problems are part and parcel of what the solution is meant to help address. Our partners are well aware of that.”

Ultimately more money will be needed from the private sector and other funders to transition the electricity industry away from coal and toward renewable energy.

Eskom has a proposed pipeline of almost R200-billion of renewable energy, gas and battery storage projects and needs to spend at least R120-billion on transmission lines.

“The funds out of this transaction ought to be deployed in such a manner that we can crowd in and access much bigger pools to progress this programme,” Mminele said. – DM/OBP/Bloomberg, with assistance from Paul Burkhardt and Paul Richardson

South Africa’s $8.5bn climate finance deal ‘could be a global benchmark’ for other coal-dependent countries

by S’thembile Cele and Antony Sguazzin, Daily Maverick
May 4, 2022