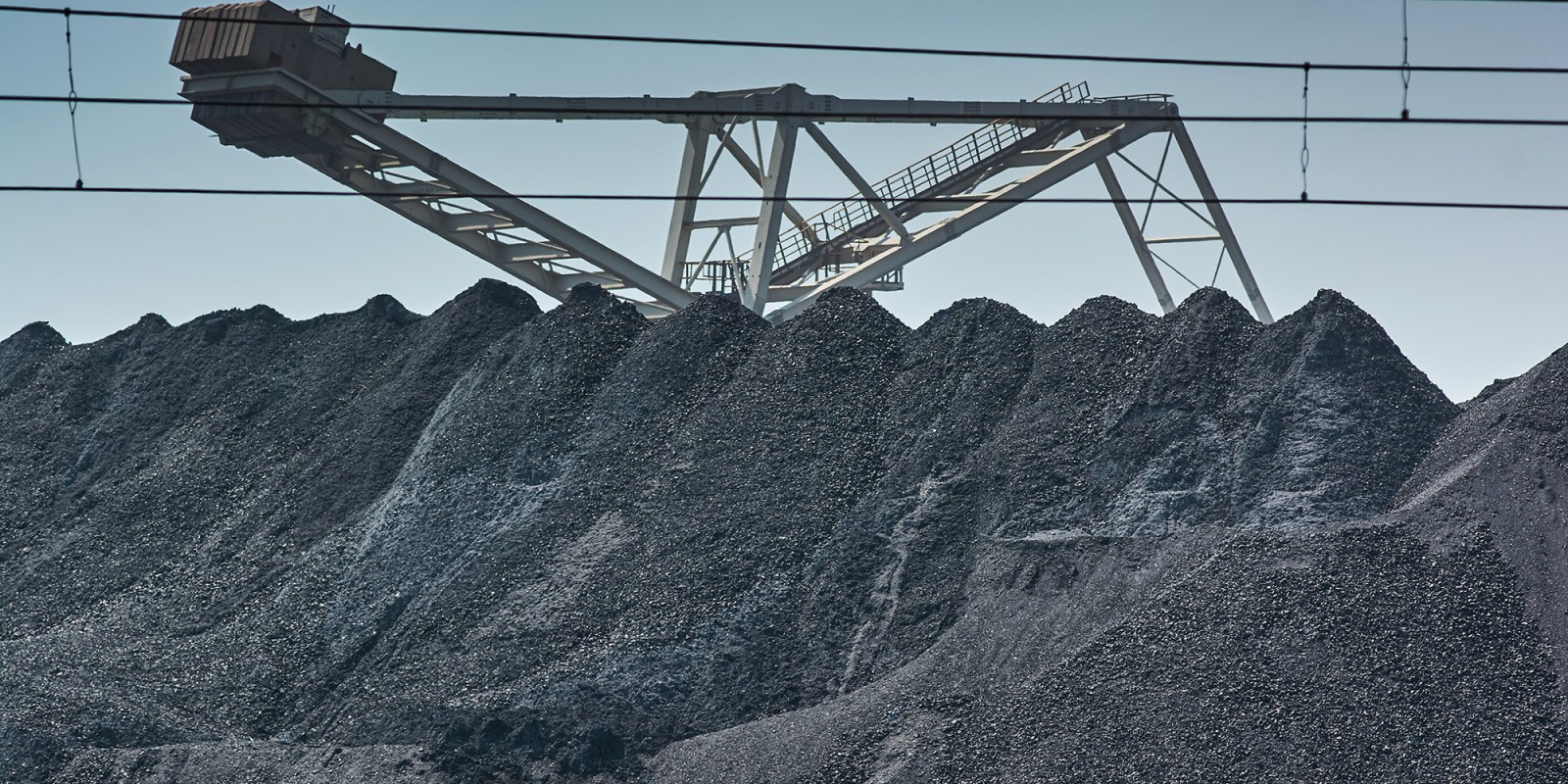 Global demand for coal has surged as a result of tight supplies of alternative energy commodities and sanctions on Russian imports of coal. (Photo: Waldo Swiegers / Bloomberg via Getty Images)

South Africa’s export trade continues to set new records, a trend that began during the second year of the Covid-19 pandemic. At just below R170bn, exports for March were a whopping 32% higher than in February and 10% higher than the previous record (in March 2021).

It is clear that the sharp rise in the country’s export earnings has been fuelled by a continuation of the upward phase of the current commodity price super-cycle, especially for coal.

Of late, the war in Ukraine has led to further upward pressure on the prices of several of South Africa’s key export commodities, especially iron ore and coal. At the end of April, the price of coal had more than doubled from its level of $157 per tonne at the beginning of the year. Global demand for coal has surged as a result of tight supplies of alternative energy commodities and sanctions on Russian imports of coal. 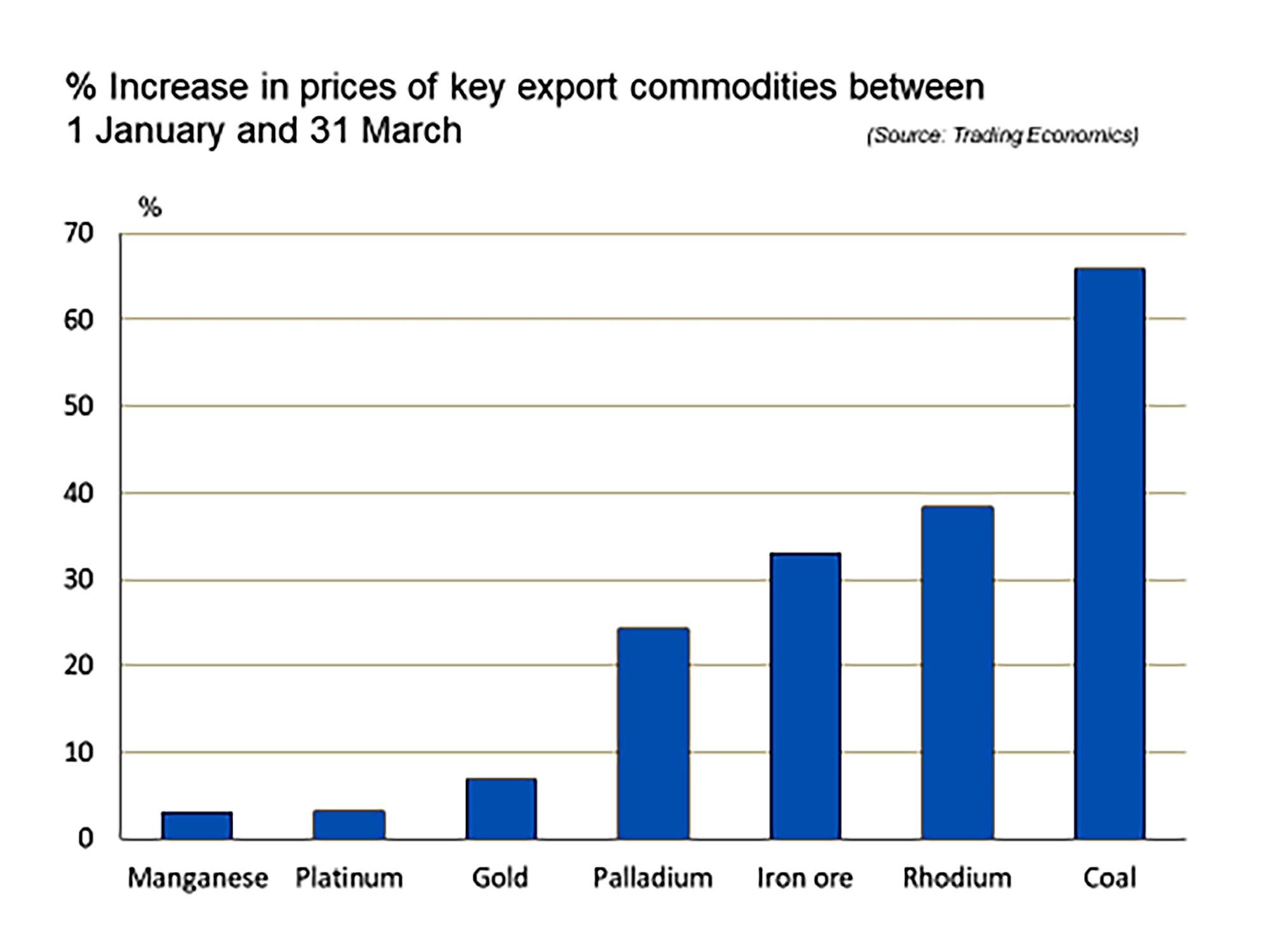 Energy utilities are battling to find sufficient alternatives to replace supplies from Russia, due to extensive sanctions in the wake of the country’s military invasion of Ukraine. Prior to this most unfortunate and tragic event, the lifting of Europe’s strict lockdown regulations since mid-2021 predictably led to a surge in demand for energy. A perfect storm ensued, driven by a combination of gas shortages; a spike in the oil price; the difficulty of finding alternatives for oil and gas imports from Russia; and Covid-related supply chain disruptions.

Several European energy utilities are even considering the reactivation of previously mothballed coal-fired power stations and are prepared to pay a premium for coal from more distant markets like Australia and South Africa.

Germany, Italy and Greece are among the countries that are considering a temporary switch back to coal, which remains one of the cheapest energy sources in the world, with the added advantage of substantial underused capacity in coal-fired power stations in many countries. Although the world has made substantial progress with a switch to renewable energy sources, wind and solar are not yet suited to meet spikes in energy demand over the short term.

According to the International Energy Agency, the world’s energy dilemma started in 2021, when more coal-fired electricity was generated than ever before. Although China, which produces close to 50% of the world’s coal, has increased its output of the fossil fuel, it is not clear whether it will continue, especially now that a new phase of Covid lockdown regulations has been implemented.

When governments are confronted with a choice between decarbonisation and energy security, policies designed to keep the lights on will always win.

With some regions in Europe and China having recently experienced electricity blackouts, governments in several key economies have reprioritised energy security, which should translate into a significant build-up of inventories of energy commodities over at least the medium term.

The price of iron ore has also taken off since late in 2021, rising by 87% between November 2021 and early March 2022. These developments have manifested in dramatic month-on-month increases in South Africa’s export earnings for several key commodities, with agriculture and a number of manufactured goods also delivering double-digit month-on-month growth during March. 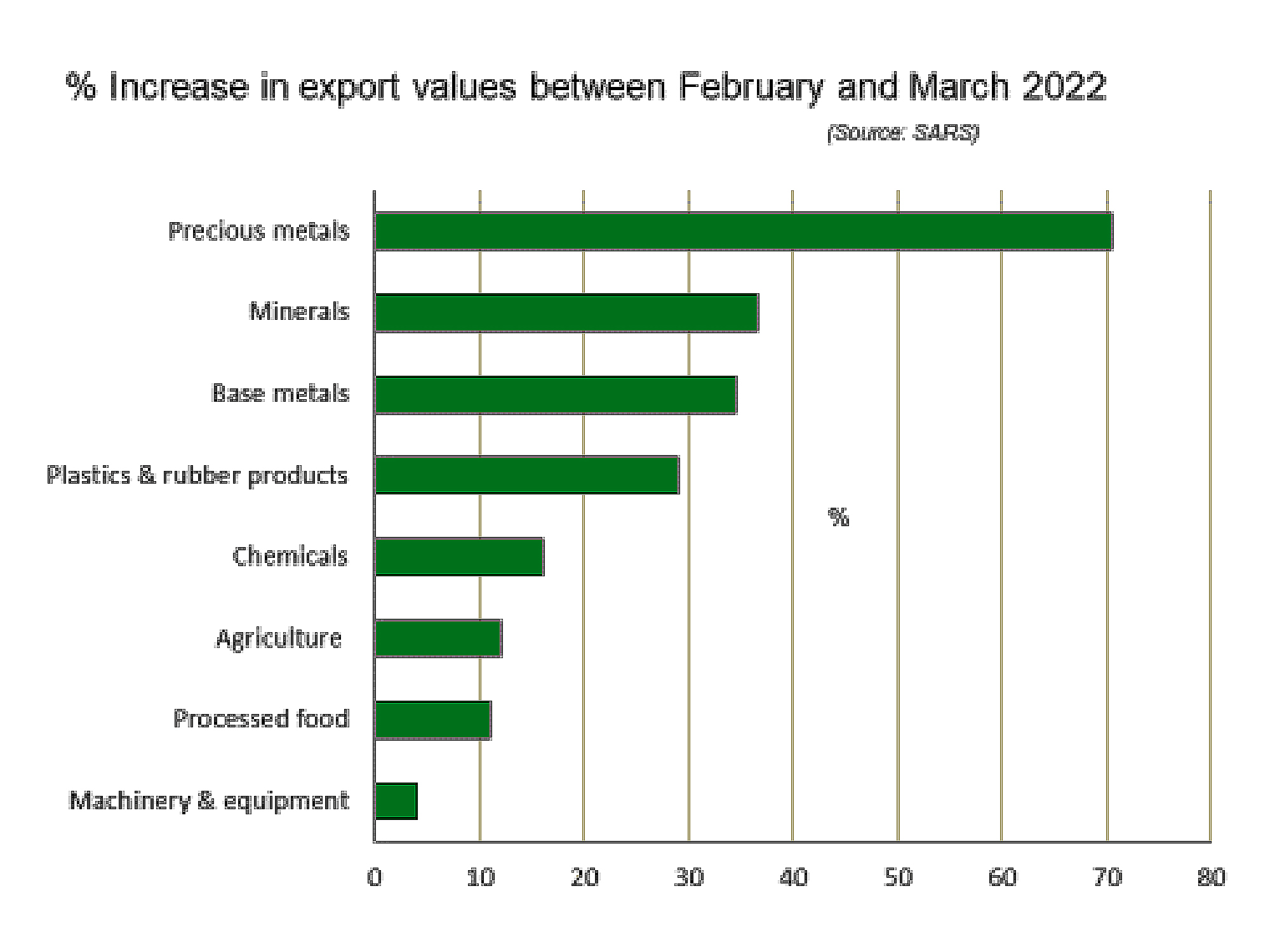 South Africa’s sterling export performance in March has wiped out the marginal trade deficit of just more than R5-billion that was recorded during the first two months of the year, with the cumulative trade surplus for 2022 now standing at R29-billion. Although this is much lower than the surplus recorded during the first quarter of 2021, import trade between January and March 2022 was more than R86-billion higher than the same period in 2021.

Further scrutiny of the latest trade data confirms a healthy increase in imports of machinery and equipment, which constitutes South Africa’s single-largest import section. These imports, which traditionally show a strong positive correlation to both capital formation and GDP growth, swelled by more than 26% between January and March (compared with the first quarter of 2021) to reach a level of almost R84-billion — a sign that the economy is gearing for further growth. BM/DM