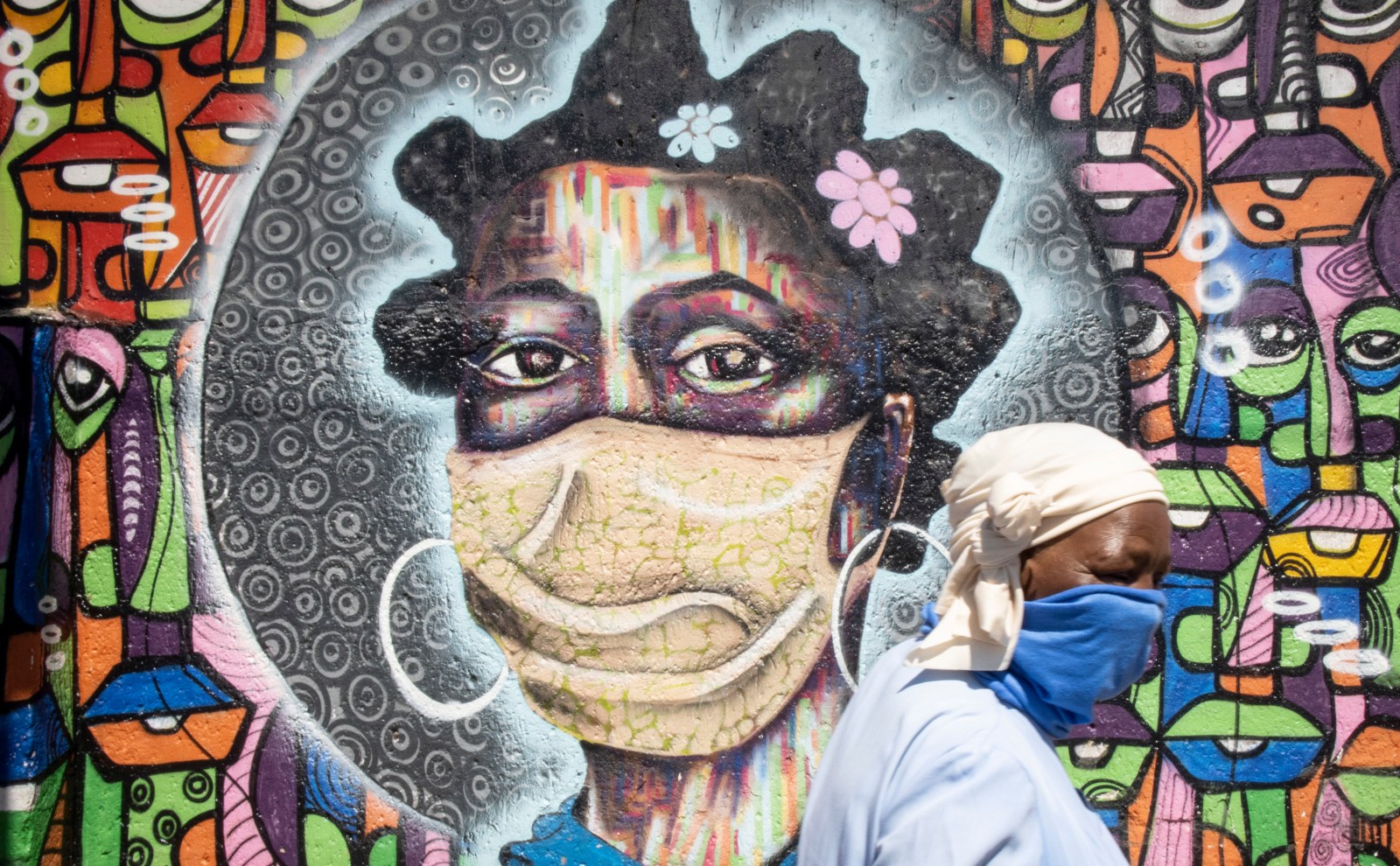 South Africa has seen a sharp increase in Covid-19 infections over the weekend. Scientists say everyone should take personal responsibility by getting vaccinated and wearing masks

The percentage of COVID-19 positive tests in South Africa jumped to 22%  over the weekend according to the National Institute for Communicable Diseases. Scientists say these increases are largely due to infections caused by two sublineages in the Omicron family.

South African scientists studying these two sublineages of Omicron found in the country said these were “very different” from the original Omicron variant but so far their mutations are thought to be targeted at escaping the body’s immune response – with no signs yet of an increase in the severity of symptoms.

Dr Richard Lessells from the Network for Genomic Surveillance in South Africa, a team of scientists studying the changes in SARS-C0V-2 and looking for new variants, said the BA.4 and BA.5 sublineages of Omicron have now been found in seven provinces – and were “very different” from the original Omicron variant first identified in December.

The two subvariants have similar spike proteins and these are very similar to the ones found on BA.2, Lessells explained.

He said there was a slight delay in processing samples from the Free State and the Northern Cape, and that this is likely why the two sublineages have not been identified in those two regions.

Lessells explained that some of the mutations they are seeing on these two sublineages are targeted to evade the body’s immune response by neutralising antibodies.

He added, however, that the body’s response to prevent severe disease was very different from the one to prevent infection.

“Omicron is a family of different sublineages,” he said. “Our data suggest that BA.4 and BA.5 are responsible for the increase in cases we are seeing. We have consistent indicators that this is the case.”

He said both lineages are picked up on polymerase chain reaction tests. “We group them together (BA.4 and BA.5) because they have the same mutations on their spike protein. They differ on the outside. We are not sure what impact this will have,” he said.

Lessells said SA had a complex mix of immunity, through infection and vaccination, and it was likely that the current spike in cases had been caused by the two subvariants.

Prof Cheryl Cohen from the National Institute for Communicable Diseases (NICD) said at this stage they are seeing low levels of reinfection. It is estimated that about 80% of South Africans have some level of immunity against infection by SARS-CoV-2.

Dr Waasila Jassat from the NICD added that there are other infections around, such as flu, that could cause similar symptoms.

This comes as the country has seen a sharp increase in coronavirus infections in recent weeks.

Minister of Health Joe Phaahla said there had been a continuous increase in cases over the past two weeks, with the country recording up to 6,000 new cases a day. Gauteng and KwaZulu-Natal are the hardest hit by new cases at the moment.

“There is no definitive new variant,” Phaahla said, adding that there appears to be a lack of a clear driver of the new spikes except possibly large gatherings during the preceding long weekend.

But notwithstanding the cause, Phaahla added, it remains a threat.

He urged people to get vaccinated, saying SA got “stuck” at under 50% coverage.

She explained that, although admissions have increased to about 60 per day nationally, this is still very small compared with the Third Wave of infections, triggered by Delta, when admissions topped 1,000 a day. She said they were seeing a small increase in patients needing oxygen and ventilation.

“It is too early to make comments on the severity of infections,” she said.

“There may not be a new variant but we do have a problem,” Prof Mosa Moshabela from the University of KwaZulu-Natal said. “This time behaviour is going to be very important. We will have to rely on people taking personal responsibility.”

The World Health Organization this week called for better surveillance and more testing, with its director-general, Tedros Ghebreyesus, saying they have seen a concerning decrease in testing worldwide.

“We still do not understand the long-term consequences of the virus in those who survive,” he added. “Ignorance is not bliss.”

In the past week there had been a slight increase in the number of tests done. Most of the people who got tested were older than 80.

The dean of Wits University’s faculty of health sciences, Prof Shabir Madhi, said he doesn’t think that there is much value in continuing testing in the same way we did before.

“It is costly (R450 per test) and adds little value, as it does not inform management (of symptoms) unless patients are hospitalised. SA still does testing of suspected hospitalised cases, and some still prefer to be tested for mild disease. Together this will provide us with what we require to track the virus for new mutations. The wastewater surveillance is a useful indicator if more virus transmission is taking place. Even when we were doing more testing, we were detecting less than 10% of infected individuals, and now that we have abandoned quarantine and isolation (for the most part), there is little public health value to do testing. Money can be better utilised for other pressing needs in SA at R450 per test.”

Public health expert Prof Francois Venter added that, although surveillance is essential, it needs to be done intelligently, and simply relying on reported testing is not intelligent.

“It gives biased results (the rich, the worried, the ones with means are more likely to test). It also underestimates true infection rates, as those with mild disease or who are asymptomatic won’t test,” he said.

The deputy director-general in the national Department of Health, Dr Nicholas Crisp, said they have decided that the antiviral medication Paxlovid, which was developed for moderate Covid-19, did not add value to the medicines available in the state sector and will not be procured. He said it was very expensive.

In an answer to Parliament, Phaahla said the use of Paxlovid and another antiviral medication, molnupiravir, needs careful consideration “as not all patients would be eligible to receive these treatments”.

He added that the clinical trials for both agents were conducted in the unvaccinated population.

“Additionally, Paxlovid is associated with significant drug-drug interactions with many commonly used agents in the management of comorbidities such as diabetes, epilepsy and HIV. Significant training will be required to ensure its safe use in the target population,” he added. DM168