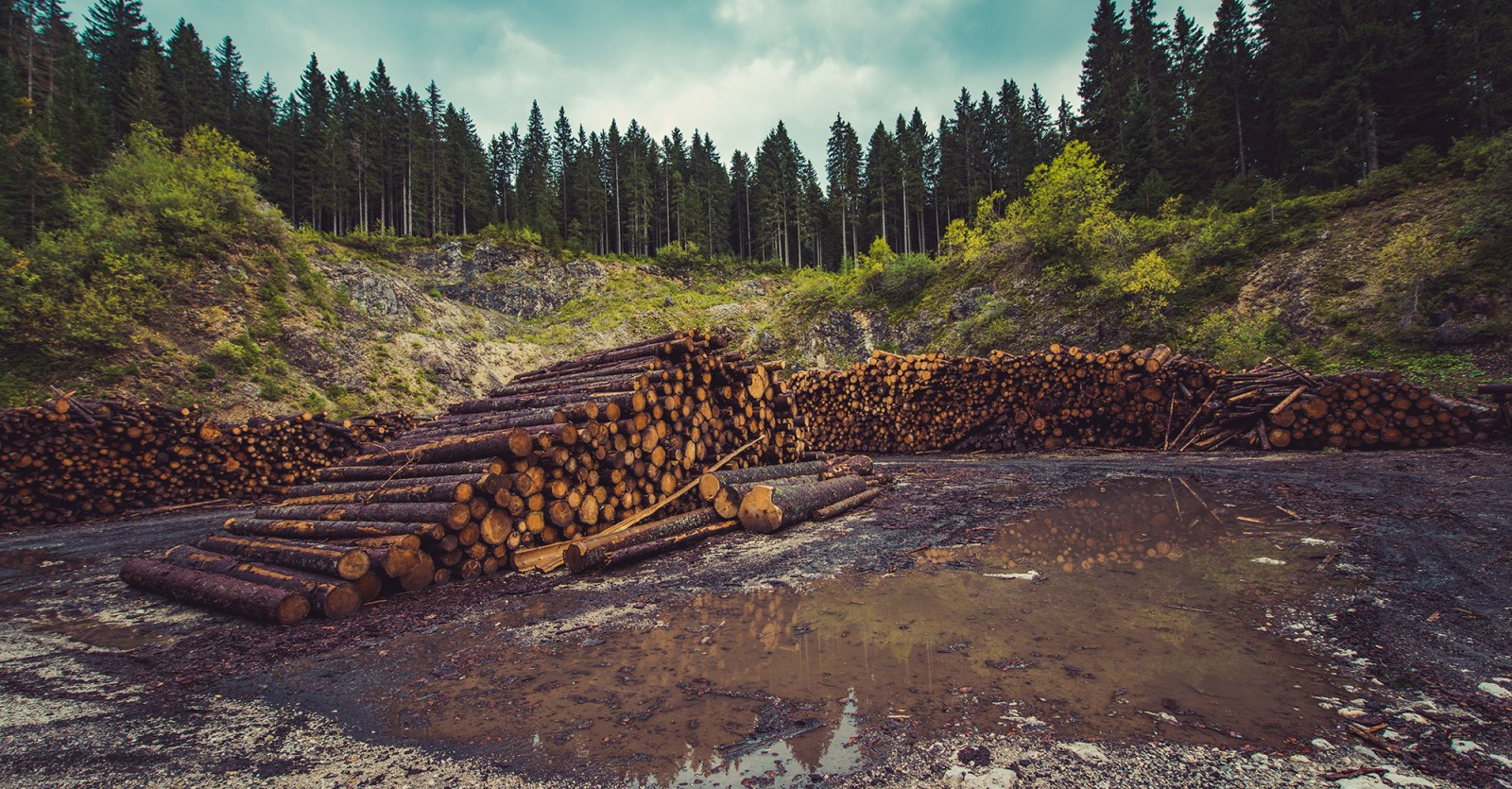 The pledge to drastically slow global deforestation was met with a metaphorical roll of the eye, when announced at the most recent UN climate conference. It was a pledge made before, but deforestation increased. Now it's happened again.

Despite pledges and lofty announcements to halt and reverse deforestation, the phenomenon continued apace with the loss of 11.1 million hectares (ha) of primary old-growth forest in tropical regions in 2021. The result has been an increase of 2.5 billion metric tons of carbon dioxide emissions – equivalent to the annual fossil fuel emissions of India, the world’s third largest emitter.

The news emerges from a recently released research report by the World Resources Institute (WRI). The report is a collaboration between the WRI and the Global Land Analysis and Discovery laboratory at the University of Maryland.

During Cop26 in Glasgow, Scotland, at the end of 2021, more than 100 global leaders pledged to halt and reverse deforestation and land degradation by the end of the decade. It was backed by the leaders of Brazil, Indonesia and the Democratic Republic of Congo (DRC), which collectively account for 85% of the world’s forests.

The pledge, however, is essentially a rehash of a similar pact made in 2014 to end deforestation, which yielded little in the way of results, with the years following marked by increased deforestation. The findings of the new WRI report suggest that despite updated pledges and notable progress in some countries, the trajectory is headed in much the same direction.

Despite the pledge being backed by their respective leaders, Brazil, the DRC and Bolivia made up the lion’s share of forest loss, with more than 40% of the total forest loss happening in Brazil alone at 1.5 million ha. The WRI report continues that the rate of primary forest loss in Brazil has been “persistently high”in the past several years and that “loss related to fires” has “fluctuated depending on the level of out-of-control forest fires, most recently with a spike in 2020 in the Amazon and the Pantanal.”

It adds that “non-fire losses” – which in Brazil are most often associated with agricultural expansion – increased by 9% from 2020 to 2021. The western Brazilian Amazon is identified in the report as having faced an “intensification of primary forest loss”, with its key states experiencing greater than 25% increases in non-fire loss from 2020 to 2021.

Back in Africa, the report notes that nearly half a million hectares of primary forest of the DRC was lost in 2021 due to the “expansion of small-scale agriculture and harvesting trees to meet energy demands”.

The report notes that “of particular concern are the 3.75 million ha of loss that occurred within tropical primary rainforests — areas of critical importance for carbon storage and biodiversity — equivalent to a rate of 10 football pitches a minute”. The authors continue that “tropical primary forest loss in 2021 resulted in 2.5 Gt of carbon dioxide emissions.” Put differently, tropical forest loss in 2021 was equivalent to about two and a half times as much as emitted by passenger cars and light trucks in the US each year. 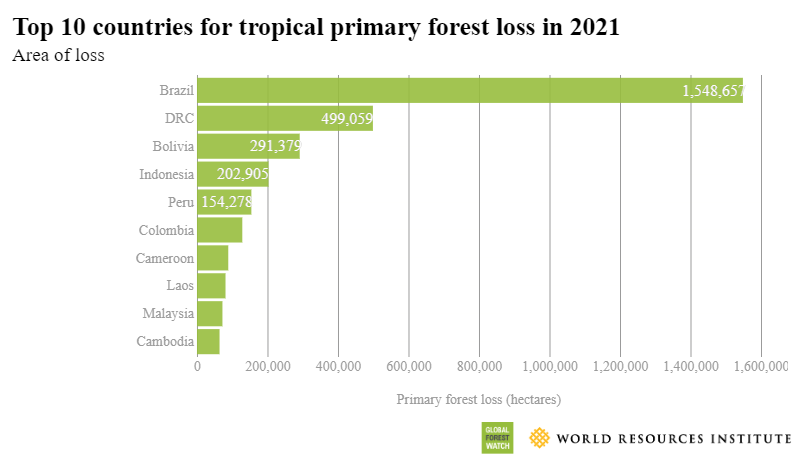 Rod Taylor, global director of the forests programme at WRI, told The Guardian that while there are indications that global rates of forest loss appear to be plateauing, they still need to dramatically decrease for the world to meet climate targets.

“When you look at unchanging year-on-year statistics, you could conclude that they don’t really offer a newsworthy headline. But when it comes to the loss of primary tropical forests, stubbornly persistent rates relate to the climate, the extinction crisis and the fate of many first peoples. High rates of loss continue despite pledges from countries and companies,” Taylor said.

While the report highlights the gulf between words and action, in the wake of extreme weather disasters, it might also serve as a timely reminder that protecting forests is in everyone’s interest.  OBP/DM