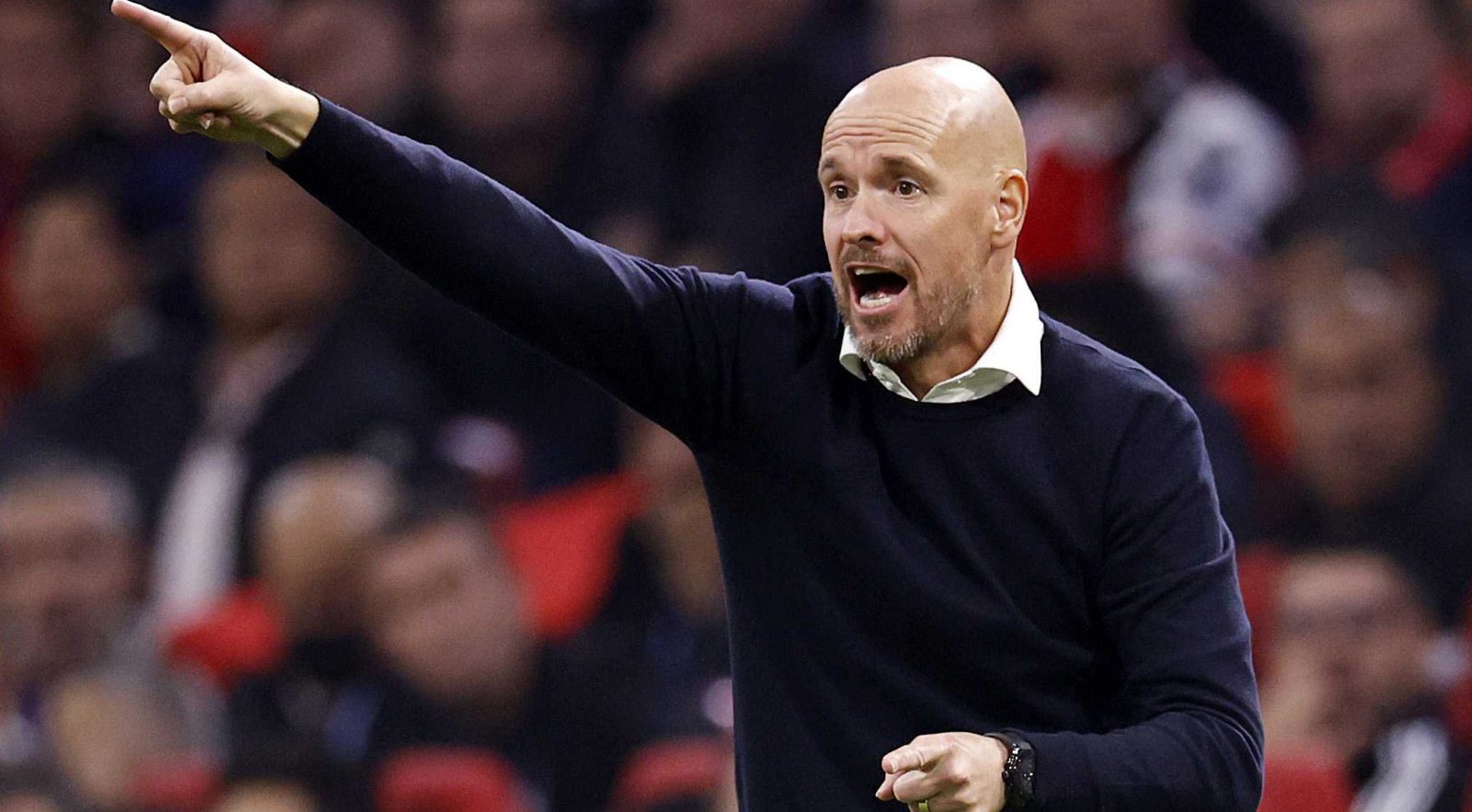 Without a Premier League title since 2013, new Manchester United boss Erik ten Hag will need time and support to rebuild the team.

Newly appointed Manchester United manager Erik ten Hag will have a massive rebuilding job to restore the once-powerful club to former glories after nine years without a league title.

Ten Hag will succeed interim boss Ralf Rangnick from the end of this season, the Premier League club said on Thursday.

United said the Dutchman had signed a three-year deal, running until June 2025 with an option for a one-year extension. The deal is subject to work visa requirements.

“During the past four years at Ajax, Erik has proved himself to be one of the most exciting and successful coaches in Europe, renowned for his team’s attractive, attacking football and commitment to youth,” said United’s football director John Murtough.

“In our conversations with Erik leading up to this appointment, we were deeply impressed with his long-term vision for returning Manchester United to the level we want to be competing at, and his drive and determination to achieve that.”

Rangnick took over as interim manager in November following the sacking of Solskjaer and a brief caretaker spell for former player Michael Carrick.

United, beaten 4-0 by Liverpool on Tuesday, are currently sixth in the Premier League and face the prospect of missing out on qualification for next season’s Champions League.

The Dutchman, who previously worked with the reserve team of Bayern Munich, had long been linked with a move to United.

“It is a great honour to be appointed manager of Manchester United and I am hugely excited by the challenge ahead,” he said in the club statement.

“I know the history of this great club and the passion of the fans, and I am absolutely determined to develop a team capable of delivering the success they deserve.

“It will be difficult to leave Ajax after these incredible years, and I can assure our fans of my complete commitment and focus on bringing this season to a successful conclusion before I move to Manchester United.”

Sources close to the club said that the recruitment process had been led by Murtough and technical director Darren Fletcher with club chief executive Richard Arnold involved in the latter stages.

Although they spoke to a number of potential candidates, the trio believed that Ten Hag was the candidate most closely aligned with United’s vision and strategy for getting back to the top level.

Rangnick said on Monday that United were “six years behind” Liverpool and said that there could be up to ten new players brought in as part of what he called a “rebuild”.

When the German was hired as interim manager, the club said he had also agreed to a two-year consultancy with United.

Ajax had wanted to avoid any distractions in the final weeks of the season where they remain in a battle for the title with PSV Eindhoven.

“Four and a half years is a good amount of time, but we would have liked to have kept Erik at Ajax for longer. He is going to make the step to one of the biggest clubs in the world, in a fantastic league,” he told the club’s official website.

“We owe Erik a lot of thanks for what he has achieved with Ajax so far but we are not done yet. At the end of the season, I will look back more extensively on his departure. For now, what matters is the final games of the season in which we all want to bring home the league title.”

If ten Hag is able to replicate what he achieved at Ajax Amsterdam, then the Old Trafford faithful are in for a heady ride.

In four-and-a-half seasons at Ajax, Ten Hag won five trophies to place himself among the club’s top five coaches but it is the numbers he achieved that prove most impressive.

But the impressive numbers are overshadowed by the drama of the club’s run to the last four of the Champions League in the 2018-19 season, when they came through the preliminary rounds to eventually beat Real Madrid and Juventus before falling in the semi-finals to a last-gasp Tottenham Hotspur goal.

It was that run that forged Ten Hag’s reputation for adventurous attacking play, tactical discipline and nurturing young players, many of whom have joined some of Europe’s top clubs.

The 4-1 win at Real in the round of 16 was described by Ten Hag as “pretty close to perfection”.

This season Ajax won all six games in the Champions League group phase but were then surprisingly eliminated by Benfica in the round of 16. Last Sunday they also lost the Dutch Cup final to PSV Eindhoven, tarnishing Ten Hag’s otherwise impressive statistics.

But with a four-point lead at the head of the Dutch standings, they are on course to win the league again this season and hand the departing coach a farewell gift.

Former Manchester United and England striker Wayne Rooney said ten Hag will need time from the board and patience from the fans if his squad rebuild is to be successful.

“I think it’s good to see now that they have put a manager in that it looks like they are going to give him a bit of time, from what I’ve seen.

“I’m sure they are going to let him rebuild the squad because that needs to happen. But I think fans have to be a little bit patient with it because it’s not going to change overnight or as quickly as you would like.”

United have not won a trophy since winning the Europa League in 2017 and they last won the Premier League title under Ferguson in the 2012-13 season.

“They (fans) need to be a little bit patient as long as they see progression and players working and playing for the shirt, with hopefully a look at trying to challenge for the title in the next three years maybe,” Rooney added. Reuters/DM