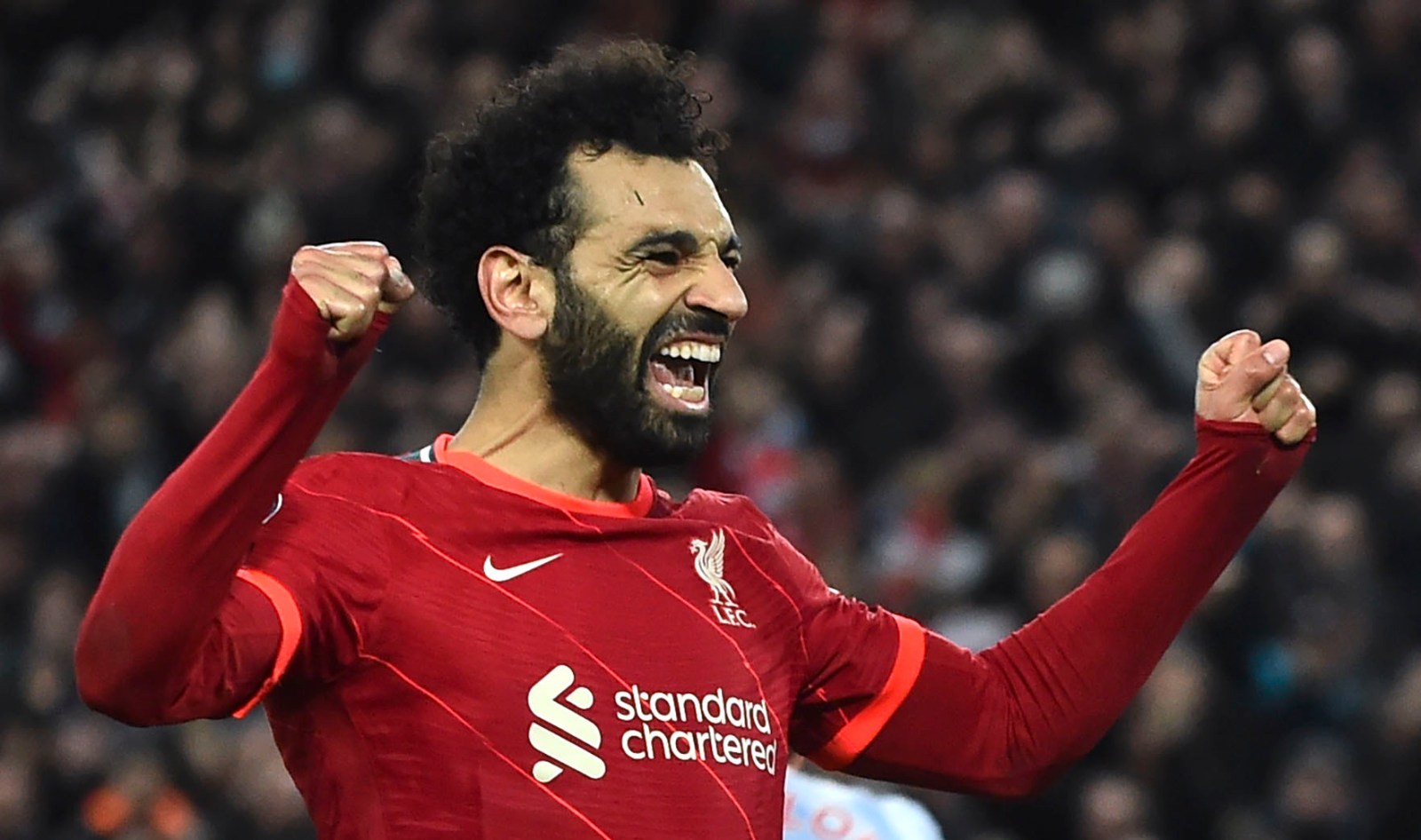 Merseyside’s Reds are a shining example in elite sport that patience and planning are needed to build success.

Liverpool’s 4-0 destruction of Manchester United at Anfield on Tuesday night was the starkest illustration of two great clubs going in opposite directions.

Manchester United are currently victims of their own success and hubris — a fate that befell Liverpool for much of the 25 years between 1990 and 2015. The Red Devils may still crow about past successes, but they are oceans behind Liverpool as a team, as a club and as an institution in world football. Like all problems, they need to acknowledge they have one first, before they can remedy it.

In the meantime, Liverpool, the only club comparable to Manchester United in terms of historical success, continue to march into the future in the knowledge that more trophies and titles are inevitable under inspirational manager Jurgen Klopp and the dynasty he’s building.

United face “a six-year” rebuild according to current manager Ralf Rangnick. It’s good to see someone at Old Trafford who is a realist.

Nothing underlined the vast difference in class between the teams than Liverpool’s second goal at Anfield on Tuesday. It was a glorious, 25-pass move that involved every player barring centre back Virgil van Dijk. Mo Salah finished clinically but it was the build-up that caught the eye.

The move was as fluid as running water and pulled United’s defence out of shape. One team knew exactly what it was doing, the players were in perpetual motion to create space and stress the defence, while the other was bewildered and chasing shadows.  You don’t have to guess which was which.

But, on paper at least, United have a more expensively assembled squad and a much higher wage bill, yet they were embarrassed by Liverpool for a second time this season after the Reds won 5-0 at Old Trafford last October. A 9-0 aggregate score has not been achieved since the 19th century.

United’s player payroll in 2022 is £208-million (R4.06-billion) according to spotrac.com. Liverpool’s is £142-million (R2.77-billion) while others such as Manchester City’s is also R2.77-billion. Clearly United are overpaying for underperformance.

Elite sports moves fast, and United have fallen from the front and out of the slipstream of Liverpool. They are now a mid-table quality team with a squad of highly paid under-achievers. Rangnick might have overseen the 4-0 loss, but part of his job description was to assess United’s future and offer solutions.

He’s made it clear the rebuild will be slow and require patience. Whether United’s owners, the Glazer family, can accept that advice and appoint the right person to attempt it, is a question that will only be answered in time.

The suits at Old Trafford might not like it, but they need look no further than Liverpool to find the solution even if it hurts to see what is happening at Anfield.

In 2022, Liverpool Football Club might do what only Celtic has done in the British game, and win four major trophies in a single season. Liverpool has already won the League Cup and are in the final of the FA Cup. They are also in the semifinals of the Champions League and currently top the Premier League with six games to go.

They could win all four, or they might end the season with one trophy. Naturally, if the latter occurs it would be deflating, but their season is already a success. Whatever the final outcome, they have set a new bar in the global game in terms of their playing style and have underlined the value of patience, planning and recruitment.

They bucked the trend of a quick fix, thanks to the vision under Klopp and owners Fenway Sports Group. Klopp was appointed in 2015 and immediately stated he needed four to five years to win a trophy. His vision, shared by the owners, included a healthy dose of realism and an acceptance of where they were at the time and what they needed to do to get to where they currently are.

In short, Liverpool have built a team. Manchester United have bought expensive players.

No patience, no trophies

No one wants to hear about success in five years’ time. Everyone wants success now. I’m sure Klopp wanted success in his first year but his measurement of it was not simply tallied in trophies. It was measured in seeing players grow and improve, in creating a fitter, more fluid team with a clear understanding of their style and tactics and in building trust with fans and the city.

Liverpool targeted specific players and often, relative to the over-inflated prices at the summit of the game, picked up relative bargains and some expensive successes.

Let’s not get carried away though, Liverpool have spent vast sums of money to reach this point, but in relative terms to their main rival Manchester City, and the fallen giants Manchester United, their spending has been parsimonious.

In all, Klopp has spent £605-million (R11.8-billion) buying players and almost all have been fundamental to the team’s success. In turn, he has sold and offloaded 60 players for £453-million (8.9-billion).

Sadio Mane, Mohamed Salah, Andy Robertson, Joel Matip and Gini Wijnaldum were among Klopp’s first signings and cost a combined £108-million. That was less than Manchester City paid for Jack Grealish in 2021.

Diogo Jota and Luis Diaz have been sensational recent signings. Virgil van Dijk and goalkeeper Alisson Becker came at much higher cost — a combined £140-million — but both would be sold for more if they were put on the market tomorrow and they have delivered silverware.

Throw in Naby Keita, Fabinho, Thiago Alcantara, Ibrahima Konate and Kostas Tsimikas and it’s clear Liverpool have done great business in the transfer market. They’ve had few dud signings, if any. Goalkeeper Loris Karius was prone to howlers and striker Takumi Minamino could be classed as underwhelming, but even he has scored crucial goals.

The owners shared Klopp’s patience and vision and it has delivered. The 2019 Champions League title secured Klopp’s first silverware, which he followed with the 2019 Fifa Club World Cup and the 2020 Premier League title. That ended a 30-year drought for winning England’s elite competition. The 2022 League Cup followed and they’re in the mix for three more this season.

Liverpool’s 4-0 rout over Manchester United at Anfield during the week, took the Reds to the top of the Premier League standings for 24 hours at least.

Manchester City might be back on top by the time you read this, but the reality is that the winner of arguably the toughest league in the world will only be decided on the last day if this current trend continues. Since January, it has become increasingly clear that only Liverpool or City were going to win it.

The two clubs have stretched well ahead of the chasing pack and they have achieved it in differing ways. City, backed by virtually unlimited funding from the United Arab Emirates through Sheikh Mansour, have spent accordingly.

Coach Pep Guardiola is a brilliant tactician and he has created a superb team. But there is always the nagging caveat that he can purchase any player he wants to complete a puzzle.

Since 2012, when Sheikh Monsour and the Abu Dhabi billions took over, Manchester City have spent £1.7-billion (R33-billion) on buying players and Manchester United more than for £1.5-billion. United have not won the league since 2014 while City have prospered thanks to Guardiola’s skills underpinned by huge funds.

Whereas City’s money is a tap that can be turned on and off depending on Guardiola’s needs, United’s owners have been taking money out of the club and failed to invest in infrastructure such as upgrading the crumbling Old Trafford.

According to various reports in the British press, the Glazers have taken more than £1-billion from Manchester United to fund other business interests while the six Glazer children continue to pay themselves multi-million-pound dividends from United. That has amounted to more than £100-million alone since 2015.

Football is a high stakes, high financed world at the top end, but a straight line between success and funding is a false narrative.

Liverpool and City are the best teams because they have the best managers and the best, most carefully crafted squads. They may have taken slightly different paths to reach the pinnacle of the sport, but the power of leadership — both at a managerial and board level — has been vital.