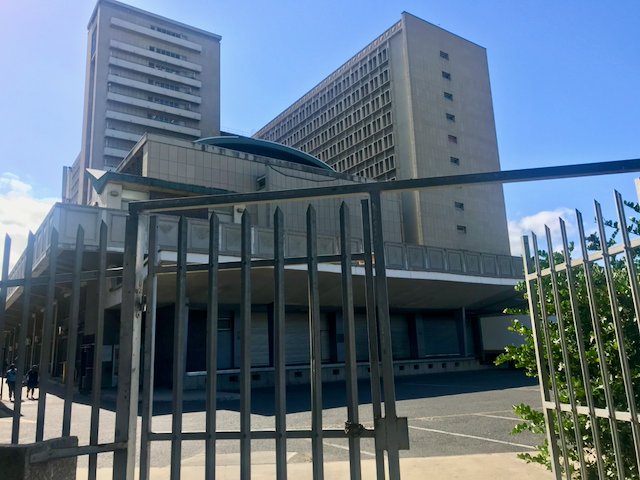 With the lifting of the national state of disaster, the Department of Home Affairs says it will now reopen in-person services for refugees. (Photo: Tariro Washinyira)

Since 26 March 2020 there has been no way for refugees to apply for asylum.

More than two years after closing in-person services due to the Covid pandemic, the Department of Home Affairs has announced it is reopening its Refugee Reception Offices.

Since 26 March 2020, there has been no way for refugees to apply for asylum, and people who already had refugee or asylum-seeker status were unable to renew or replace their permits and papers. The “family joining” process — granting refugee status or a similar secure status to family members accompanying a recognised refugee — had also stopped.

Consequently, refugees have struggled to access basic services, enrol their children in schools, open bank accounts or legalise their presence in the country.

Although Home Affairs granted a blanket extension for all asylum seekers and refugees whose permits expired on or after 15 March 2020, people with these out of date documents battled for their papers to be accepted. They were left vulnerable to uninformed officials, and open to harassment by anti-immigrant groups and vigilantes.

Refugees were told to renew their papers using an online system that went live on 15 April 2021, but many reported insurmountable difficulties with the system. They had until 31 December 2021 to renew. This was later extended till 30 April 2022.

Now, the department says new asylum applications and family joining for children born outside South Africa will be available again from 3 May 2022.

“In view of the termination of the national state of disaster, the department is finalising plans to allow ‘walk-ins’. Once the plan is finalised, the refugee community will be informed through various mechanisms such as public notices and stakeholder engagements on how services can be accessed,” said Home Affairs.

The department also said online services would continue to be provided and requests for appointments should be directed to the relevant refugee reception offices in Pretoria, Cape Town, Durban, Musina and Qheberha.

Sharon Ekambaram of Lawyers for Human Rights expressed concern, asking how Home Affairs will communicate to asylum seekers and refugees.