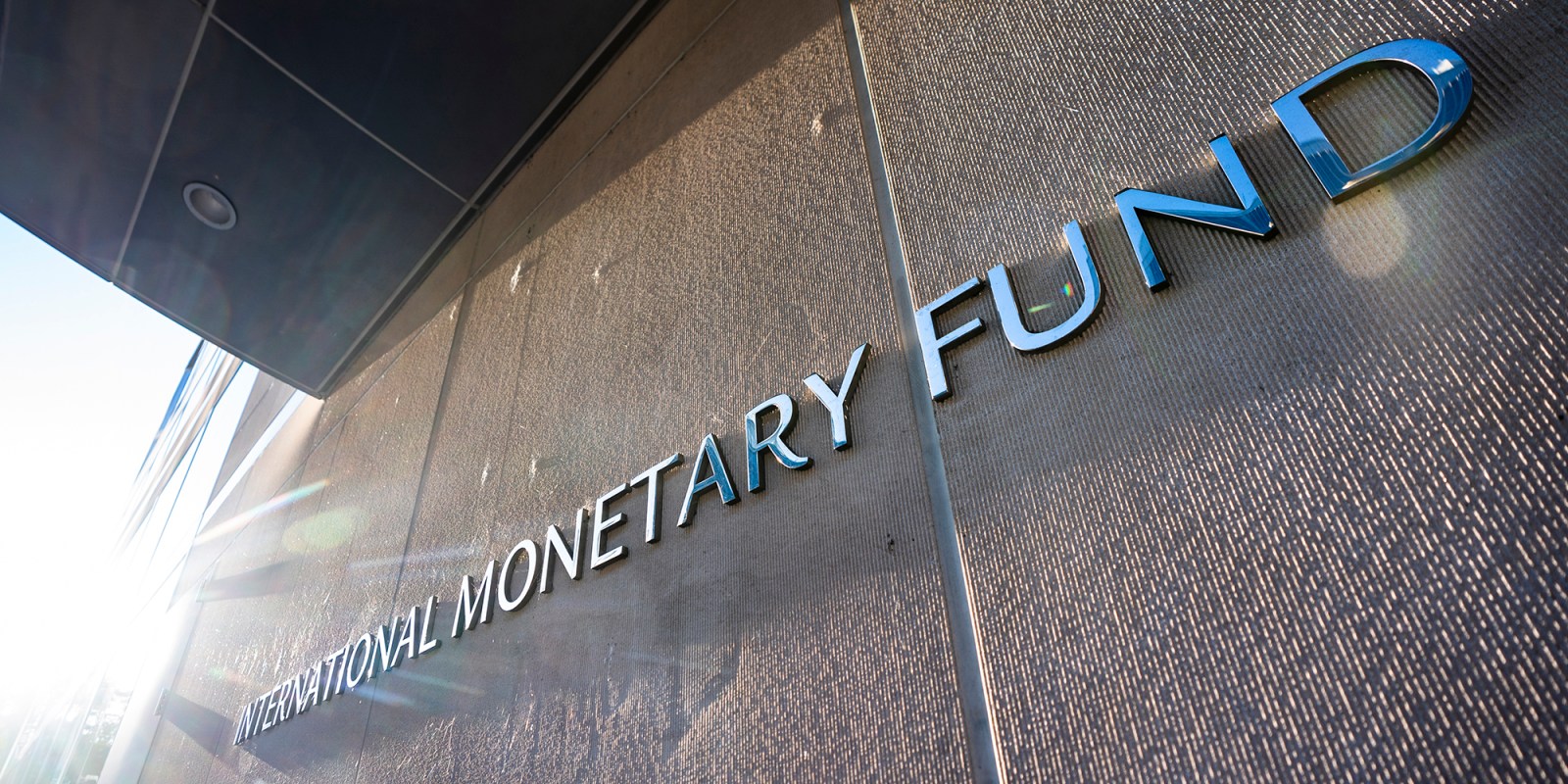 The costs of Vladimir Putin’s invasion of Ukraine are mounting. The latest World Economic Outlook from the International Monetary Fund says the economic recovery from the Covid-19 pandemic has been dealt a massive blow by the war, which is simultaneously fuelling the flames of inflation.

The global economic recovery has in effect been kneecapped by Russian President Vladimir Putin and his pointless war in Ukraine.

“Global economic prospects have been severely set back, largely because of Russia’s invasion of Ukraine,” Pierre-Olivier Gourinchas, the International Monetary Fund’s (IMF’s) director of research, wrote in a blog post coinciding with the IMF’s latest World Economic Outlook.

War is costly and a major war is very costly, and not just for the adversaries.

“This report projects global growth at 3.6 percent in 2022 and 2023 – 0.8 and 0.2 percentage points lower than in the January forecast, respectively. The downgrade largely reflects the war’s direct impacts on Russia and Ukraine and global spillovers,” the report says.

Remarkably, SA’s prospective growth, which according to the IMF will be 1.9% this year, has not been changed in this revision, which is in notable contrast with almost every other country listed. 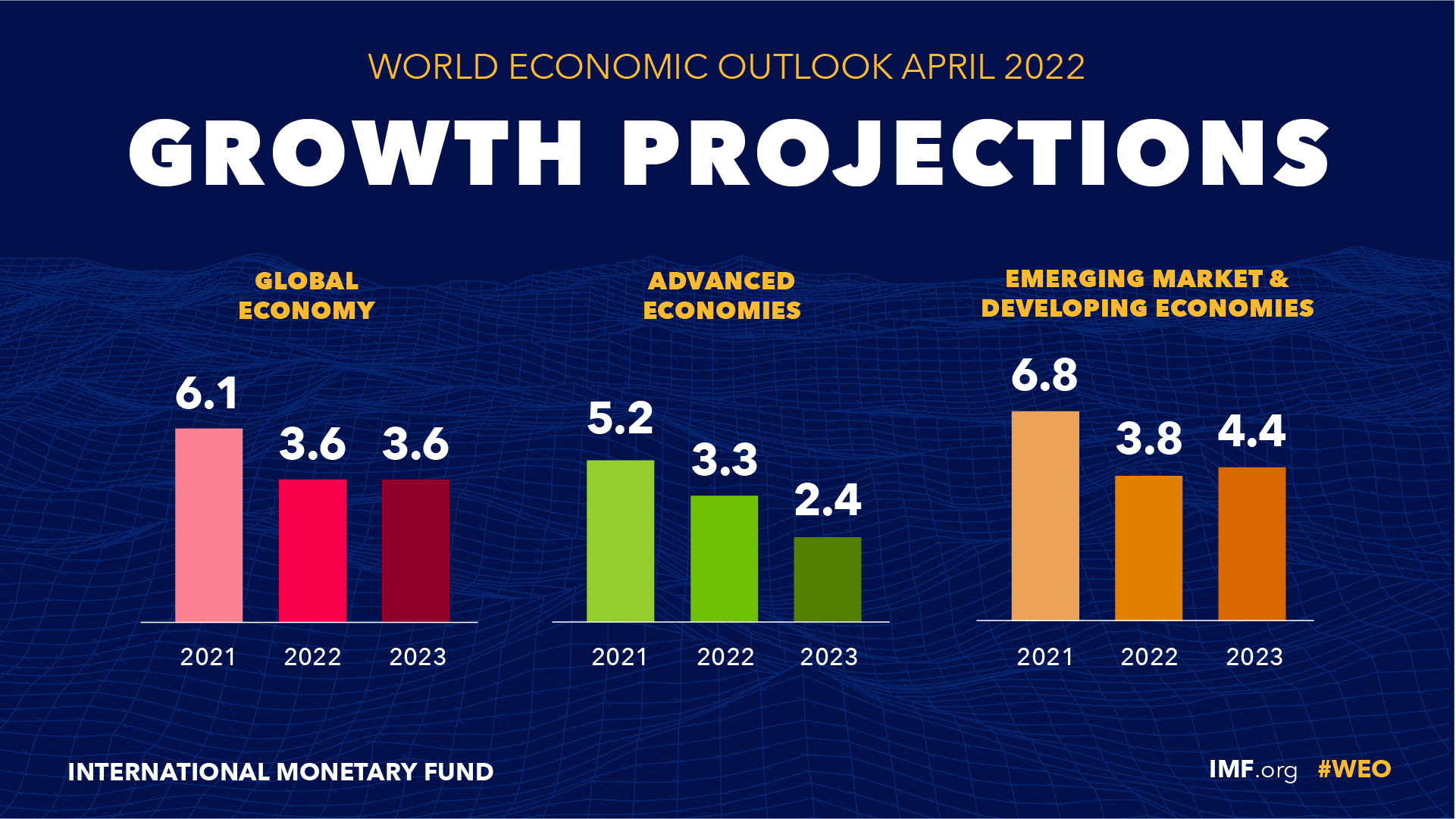 The IMF had been forecasting global growth of 4.4% this year but that now stands at 3.6%, while its projections for inflation have worsened. As the conflict drags on and reaps its grim toll in human life and wanton destruction, expect further downgrades – there is no upside from here.

Indeed, the IMF also raised the following red flag on that front: “Because of the unprecedented nature of the shock, we highlight that the uncertainty around these projections is considerable, well beyond the usual range. Growth could slow significantly more while inflation could turn out higher than expected if, for instance, sanctions aimed at ending the war extend to an even broader volume of Russian energy and other exports.”

Slowing growth and accelerating inflation are two trends that, taken together, can add up to stagflation. The broad strokes are this: many people are getting poorer or falling into poverty at a time when prices are rapidly rising. Coming in the pandemic’s wake, this is a recipe for unrest, far-right populism, xenophobia and other social ills. Maybe that’s Putin’s game plan, who knows? It’s certainly one that has resonance with the RET forces in South Africa.

“The economic effects of the war are spreading far and wide – like seismic waves that emanate from the epicenter of an earthquake – mainly through commodity markets, trade and financial linkages. Because Russia is a major supplier of oil, gas, and metals, and, together with Ukraine, of wheat and corn, the current and anticipated decline in the supply of these commodities has already driven their prices up sharply,” the IMF said.

“Europe, Caucasus and central Asia, Middle East and north Africa, and sub-Saharan Africa are most affected. The food and fuel price increases will hurt lower-income households globally – including in the Americas and Asia.”

Once again the point is being driven home that the poor and the vulnerable around the world are suffering the most because of Putin’s actions.

In its new Global Financial Stability Report, the IMF also sounded a warning.

“Financial stability risks have risen on several fronts, even though so far, no global systemic event affecting financial institutions or markets has materialized. A sudden repricing of risk resulting from an intensification of the war and associated escalation of sanctions may expose, and interact with, some of the vulnerabilities built up during the pandemic, leading to a sharp decline in asset prices,” said the Washington-based lender.

“The war in Ukraine has brought to the fore a number of medium-term structural issues policymakers will need to confront in coming years, including the possibility that the geopolitics of energy security may put climate transition at risk; the risk of fragmentation of capital markets and possible implications for the role of the US dollar; the risk of fragmentation in payment systems and the creation of blocs of central bank digital currencies; more widespread use of crypto assets in emerging markets; and more complex and bespoke asset allocations in an effort to preempt the possible imposition of sanctions.”

In short, Putin has in effect effed up everything. Which is kind of astonishing for a third-rate petro-state with an economy smaller than Italy’s. DM/BM