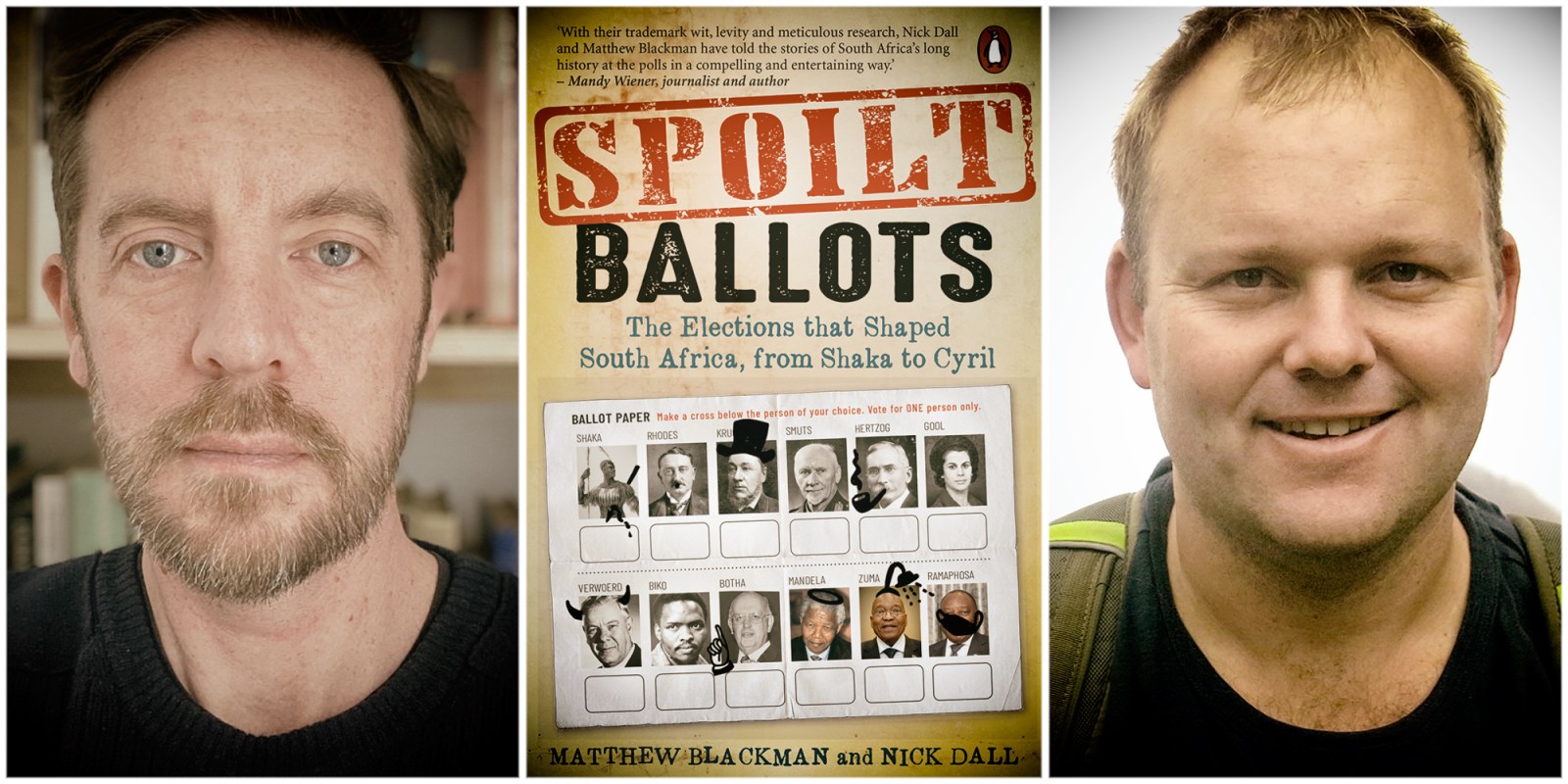 South Africa has a fascinating history, but history has been made inaccessible, said author Nick Dall during a webinar on Thursday, 14 April.

Read an extract of the book in Daily Maverick: Matthew Blackman and Nick Dall’s Spoilt Ballots: 200 years of electoral dysfunction in South Africa

Early during the webinar, Davis described the book as “highly accessible”. Dall responded, saying that South African history was fascinating, but “history’s been made inaccessible”. Dall explained that a history teacher had reached out to him to inform him that since the book covered curriculum topics for grades 10-12, they would recommend Spoilt Ballots as supplementary reading for pupils. While Dall and Blackman co-wrote the book they sought input from historians on factual issues. Dall said a history professor had informed him that there was a need to “create non-academic versions of history”.

Spoilt Ballots is their second book, following last year’s Rogues’ Gallery: An Irreverent History of Corruption in South Africa, from the VOC to the ANC. Asked whether this was a follow-up book, Blackman explained that while they were researching Rogues Gallery, they came across plenty of  information about South Africa’s election history. “We saw the elections as turning points where things could have gone differently,” said Dall.

On Spoilt Ballots, Dall said while their first book was about correcting inaccurate information about corruption in South Africa, this new book was done more objectively. “We really wanted to include the people who could not vote,” said Dall, who added that if the book was only about elections, it would have been 200 pages shorter, so they began looking at the issues leading into elections and how election results had an impact on society years later. This led into historical accounts of elections of 200 years in South Africa.

Asked by Davis about characters that stood out for the authors, they pointed to historic figures such as Zainunnisa “Cissie” Gool, Clements Kadalie and John Fairbairn. “She [Gool] was just a real legend,” said Dall. Gool, one of South Africa’s most renowned female politicians of the 20th century, was a lawyer, anti-apartheid activist and a councillor in the Cape Town council. Dall described her as a “controversial figure” as she was a divorced Muslim woman who lived with a younger, Jewish partner. The activist occupation of the Woodstock Hospital in Cape Town bears her name.

Kadalie was a trade unionist who formed the Industrial and Commercial Union in 1919, while Fairbairn was a renowned journalist.

When asked by Davis if there were any elections that took them by surprise, they pointed to those held in 1910 and in 1983.

Blackman said the 1910 election was held when the Union of South Africa was established, which gave voting rights to white people and excluded black people from Parliament. This, the authors note, was seen by black potential voters as a “betrayal on an extreme level”, leading to the formation of the ANC two years later.

The next surprise was the establishment of the Tricameral Parliament, which sought to give those classified coloured and Indian representation in Parliament, but excluded those classified as black African. “PW [ Botha] won the battle, but the war had only begun,” said Blackman, who added this was the trigger for the formation of the United Democratic Front. This, Blackman pointed out, “hastened the end of apartheid”. DM