Marine Le Pen’s Ties to Russia May Come Back to Haunt... 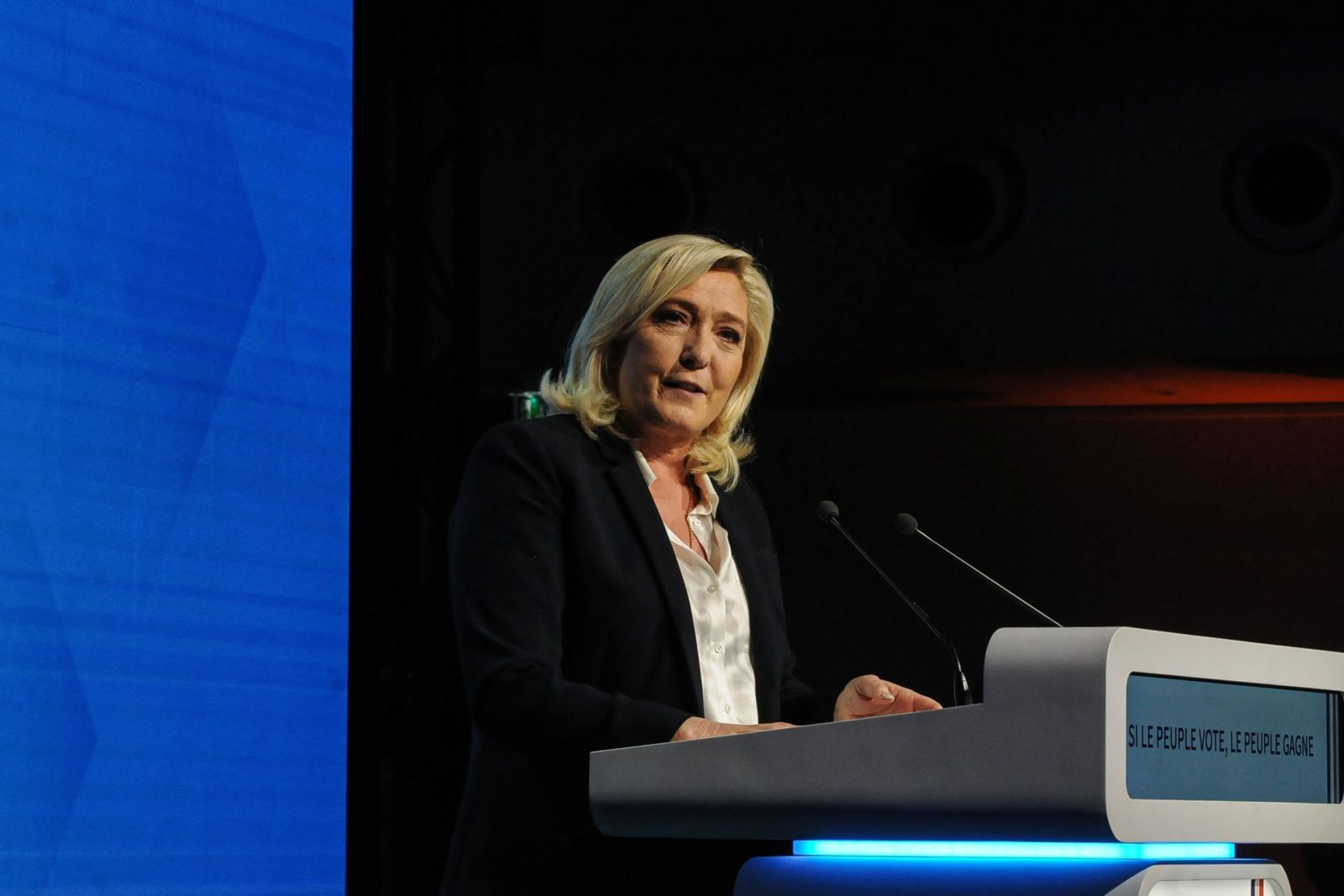 Nationalist leader Marine Le Pen’s warm ties to the Kremlin haven’t been a problem for her so far, even after Vladimir Putin invaded Ukraine. She joined widespread condemnation of the war, and reeled in voters to finish a close second in the first round of France’s presidential election.

But now that Le Pen has a real shot at being elected French leader as she takes on Emmanuel Macron in an April 24 runoff vote, her links to Moscow are coming under closer scrutiny. While she’s tempered her enthusiasm for Putin over the past five years, and hasn’t met with him during that period, her previous comments were so fawning that she’s finding it hard to move past them. She also continues to advance views seen as pro-Russian.

How close is Le Pen to the Russian leader?

The 53-year-old candidate praised Putin in an interview with Euronews after Russia’s annexation of Crimea in 2014, saying she admired his “coolness” and “the fact that he has succeeded in giving back to a great nation that has been humiliated and persecuted for 70 years a sense of pride.”

Le Pen has never publicly disclosed the number of times she has traveled to Russia, but Putin said five years ago that she had been doing so “regularly.”

Le Pen and Putin met a month before France’s 2017 election that she lost to Macron, when she was in Moscow on a well-publicized trip designed to boost her stature on the global stage. There, the far-right leader said her views on Ukraine coincided with Putin’s and that Crimea had “never been Ukrainian.”

Photos of the encounter recently resurfaced, and one was featured in a campaign pamphlet. The visit was controversial as Russia was facing accusations it interfered in the U.S. election the year before to help Donald Trump. As a result, she began to distance herself from the Russian leader and never sat down with him again.

Could France become pro-Putin under a Le Pen presidency?

If elected, Le Pen would likely be a brake on attempts by the European Union to punish Moscow for its invasion of Ukraine with ever tighter sanctions. She wants to keep buying Russian gas and warns about the impact harsher penalties would have on the wallets of the most vulnerable people.

As for NATO, Le Pen has called it a “warmonger” organization and wants France to leave its command structure. That would send political shockwaves across the region, but please Putin.

During an April 13 press conference, Le Pen called for a rapprochement between the military alliance and Russia once the war in Ukraine ends, saying a strategic partnership would help prevent ties between Russia and China from deepening. She said she agrees with sending “defense equipment to Ukraine,” but cautioned against delivering weapons, saying that would make France a “co-belligerent.”

Asked recently what she’d have done differently to Macron in dealing with Putin, Le Pen said there’s no “magic spell,” only “diplomacy.” She says she doesn’t want to be submissive to Russia, or any other country.

What’s been the reaction?

Before the first round of voting on April 10, Le Pen focused her campaign on living standards and purchasing power, issues that rank at the top of voter concerns.

But allies of Macron, a pro-European centrist, are zeroing in on her Russia connection as they step up campaigning ahead of the final ballot, with Finance Minister Bruno Le Maire calling her “an ally of Putin” who could alter the course of Europe if elected. The strategy could resonate with moderates who Le Pen needs to vote for her, or abstain, if she wants to win. Her April 13 press conference was interrupted by an activist who questioned her Russia stance.

Over the years, Macron’s rivals have said that he has been manipulated by Putin — most recently during the French leader’s failed efforts to avert Russia’s invasion of Ukraine — but this doesn’t appear to have bothered his voters.

According to French investigative outlet Mediapart, Le Pen in September 2014 secured a 9.6-million-euro loan from a Russian company, a deal negotiated by a lawmaker close to Putin and struck after Moscow annexed Crimea. It was later repurchased by Russian aeronautics firm Aviazapchast, which recently sought legal action after Le Pen’s movement failed to reimburse it. In the end, the debt was restructured with repayment installments until 2028.

She says that French banks didn’t want to do business with her party — now known as National Rally — at the time and are still wary on concern over damage to their brands.

Banks outside the European Union have been banned from financing French political parties since 2017. This year, Le Pen obtained a 10.6-million-euro loan from a Hungarian bank owned by an ally of Hungarian Prime Minister Viktor Orban, the EU leader with the closest ties to Putin.

Is Le Pen alone in seeking ties with Moscow?

A pro-Russia sentiment transcends French party politics and dates back to at least the 19th century, when Paris struck a political and military pact with the Russian empire. Today it’s apparent in cultural ties between the two nations and all the top candidates in this year’s election had, to some extent, agreed or welcomed at least some of Putin’s ideas.

Macron rolled out the red carpet for Putin twice, inviting him to the Versailles palace within weeks of taking office and to his summer residence ahead of a G-7 meeting of nations hosted by France in 2019. Macron and Putin also met during the 2018 FIFA soccer World Cup hosted by Russia and at an economic forum in St. Petersburg the same year. The president’s team says he has to speak regularly to Putin because he’s a world leader.

After Russia invaded Ukraine, Macron adopted a tougher line while keeping dialog with Putin going. Le Pen, meanwhile, said the Russian leader had crossed “a red line” and that the war was “partly changing” her view of him. They have both refrained from calling Putin a dictator, arguing such characterizations aren’t helpful.