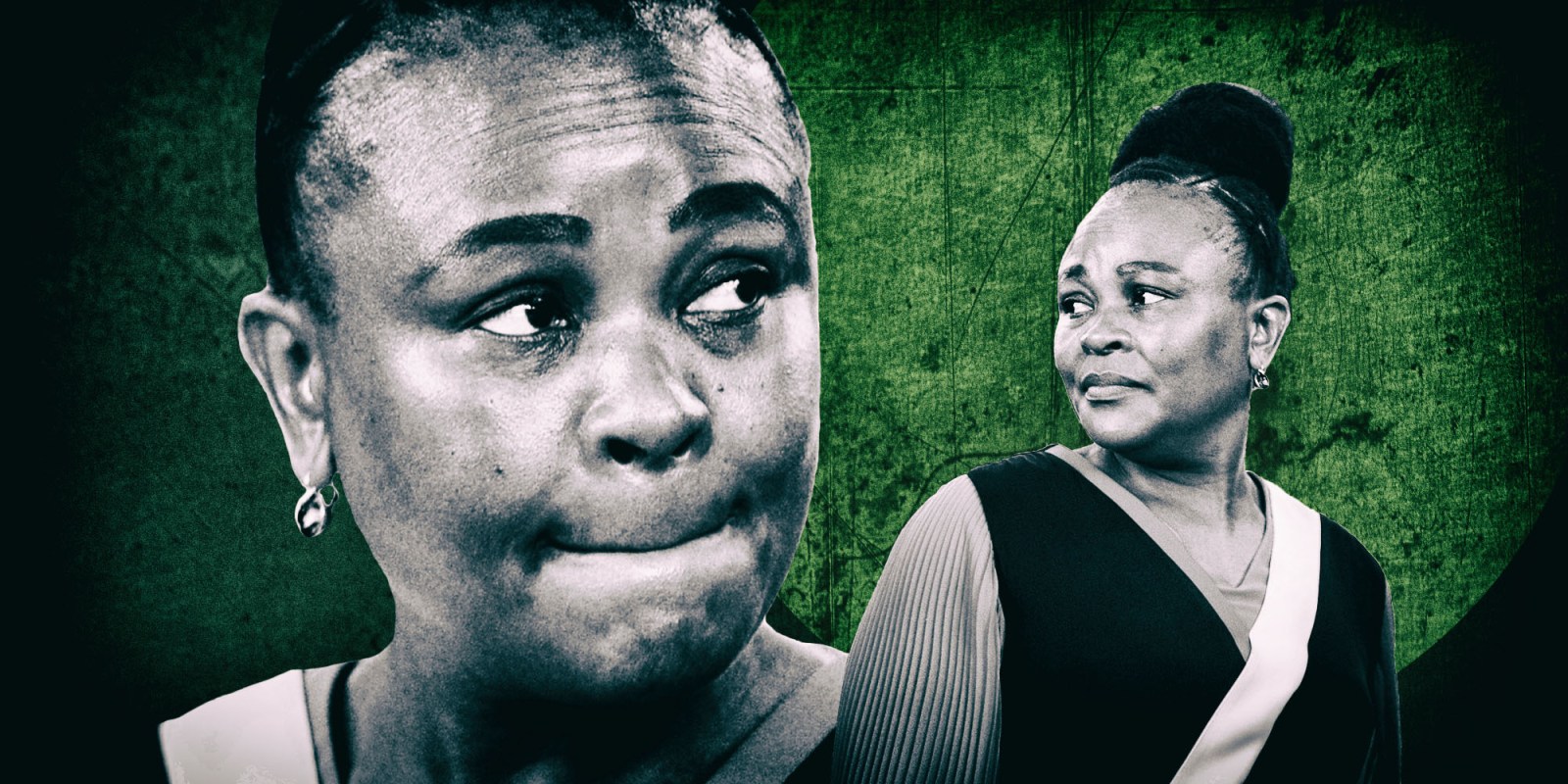 Parliament is opposing Public Protector Busisiwe Mkhwebane’s legal action to interdict the Section 194 impeachment inquiry as the filing of court papers unfolds ahead of the two-day hearing in the Western Cape high court from 25 April.

Opposing Public Protector Busisiwe Mkhwebane’s interdict action was necessary to “defend the right of the institution to hold heads of Chapter 9 institution, including the Public Protector, to account for their actions, and to protect the constitutional right of Parliament to conduct its business and all internal arrangements without undue interference,” said Parliament spokesperson Moloto Mothapo on Monday.

“We accept her rights under the law and the constitution to undertake such legal actions,” he said, but also added that as the Constitutional Court in February had given “unambiguous clarity” on the work of the Section 194 impeachment inquiry, this work was “ongoing, without any interruption”.

Parliament’s papers are due on Tuesday in the Western Cape high court.

What’s unfolding now in the Western Cape is the second doubleheader urgent interdict, linked to a Part B broader review application, in less than two years over the National Assembly process inquiry into Mkhwebane’s removal from office.

In October 2020 Mkhwebane lost the urgent interdict application. But in July 2021 she won in the Western Cape high court with a ruling that legal representation in impeachment must be full — the parliamentary rules until then allowed legal advice, not speaking rights — and excluding a judge from the independent panel to assess whether there’s a case to be answered.

That judgment stalled the parliamentary Section 194 inquiry into Mkhwebane’s impeachment that the then draft committee programme had scheduled to be concluded with a report to the House in January 2022.

Without this valid independent panel report — step 5 of 17 in terms of the “Removal of Officer Bearers in Institutions Supporting Constitutional Democracy” — effectively, Mkhwebane’s current impeachment inquiry would have been dead in the water as the independent panel report found grounds for a parliamentary inquiry into the Public Protector’s removal from office — misconduct and incompetence.

And so in late February 2022, the Section 194 inquiry resumed. A month later, the evidence leaders were appointed and the process was moving — even if the EFF and African Transformation Movement (ATM) argued all other court processes should be allowed to finish first.

At the time, that only was Mkhwebane’s rescission application to the Constitutional Court asking it to rescind, set aside and/or declare unconstitutional its 4 February 2022 judgment that upheld the participation of a judge in the National Assembly rules on removing a head of a Chapter 9 institution.

All are intertwined, according to Mkhwebane’s court papers, in a series of letters, including the 10 March correspondence from National Assembly Speaker Nosiviwe Mapisa-Nqakula to President Cyril Ramaphosa telling him the Section 194 inquiry was proceeding and the 18 March presidential letter to Mkhwebane asking her for reasons for why she should not be suspended in terms of Section 194 of the Constitution.

Ramaphosa’s letter was not only premature but also illegal, as a number of matters directly involving him are under investigation by the Public Protector, argues Mkhwebane in her court paper.

Like the presidential letter, also premature was the letter from the Speaker to Ramaphosa as the Constitutional Court had yet to rule in the rescission application.

And so Mkhwebane talks in her court papers about “suspicions” Mapisa-Nqakula’s letter was “nothing but a clearly choreographed move” to trigger the President’s steps for her “unlawful suspension”.

Both the president and the Speaker had acted in bad faith, improperly and with bias, the Public Protector argues.

“I am surprised that the president has decided to issue the letter himself knowing that he is disqualified due to conflict of interest in respect of various complaints against him, which have been and/or are still being investigated by me…”

However, Parliament says Mapisa-Nqakula’s letter to Ramaphosa was merely a courtesy letter, and Ramaphosa effectively froze any potential suspension procedures pending this court action in willingness “to consider agreeing to a timetable regulating the further conduct of this matter…”, according to the Presidency.

Still listed is the CR17 campaign financing matter that was declared invalid in July 2021 by the Constitutional Court, which also dismissed the Public Protector’s rescission application on this ruling in its judgment of 9 March 2022.

Also, a lack of knowledge of Parliament emerged when Mkhwebane lists the complaint “from the Chief Whip of the Standing Committee on Public Accounts”, or Scopa, as part of her investigations of Ramaphosa — and to underscore her argument he is conflicted and could not move to suspend her.

Only one chief whip exists in the National Assembly — that’s ANC MP Pemmy Majodina — although political parties select a number of whips who assist with a range of administrative duties.

This Scopa-related complaint refers to ANC MP Mervyn Dirks taking to Parliament’s public spending watchdog the leaked audio clip in which Ramaphosa tells the March 2021 ANC National Executive Committee how “quite a bit of money” used in ANC campaigning came from public and state resources. Rampahosa wrote to Scopa, saying his comments referred to what’s in the public domain, and the ANC MPs on that committee nixed any inquiry — and Dirks was dropped from that committee with speed seldom seen in the ANC parliamentary caucus.

In a curious twist, Mkhwebane also lists “allegations pertaining to the use of an official aeroplane in a trip to Zimbabwe”. Brought by  ATM leader Vuyolwethu Zungula — his no-confidence motion in Ramaphosa was deemed withdrawn when he failed to move it on 30 March — it relates to ANC official getting a lift on a military plane with then defence minister Mapisa-Nqakula in early September 2020.

In late September 2020, Ramaphosa reprimanded the defence minister — who has been National Assembly Speaker since August 2021 — and ordered her to pay three months’ salary to the Solidarity Fund. The ANC was told to repay costs of their flights.

Those examples, and Mkhwebane’s court document’s reference to the EFF legal action in the Pretoria high court to unseal the bank statements of the CR17 campaign, signal underlying political manoeuvrings.

And into this the courts are drawn, as just about every step in this Public Protector Section 194 impeachment inquiry process has been litigated. This is fraught with pitfalls, none of which are good for South Africa’s constitutional democracy. DM